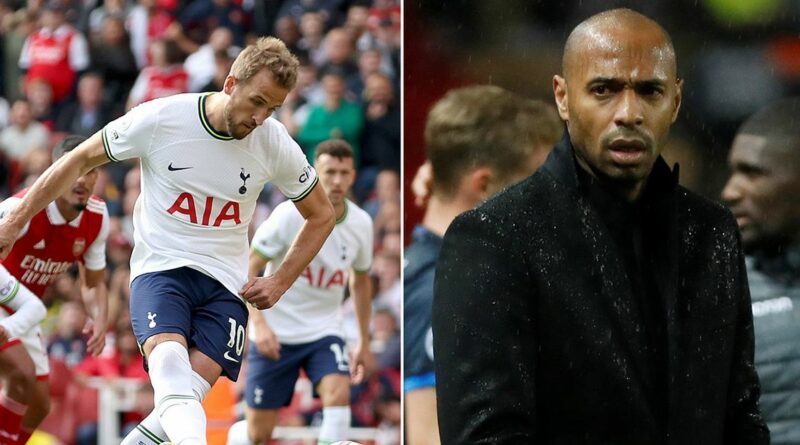 Harry Kane has become the leading goalscorer in Premier League London derbies following his goal in Tottenham’s 3-1 defeat over Arsenal.

The England captain put his strike in the middle of the net from the spot to beat Gunners goalkeeper Aaron Ramsdale and make the game 1-1, overtaking Arsenal legend Thierry Henry as the footballer with the most goals in games between clubs in the captial.

Kane also became the first player to score 100 away goals in the league in the Saturday lunchtime game at the Emirates.

The hitman had been level with Henry – who's on 43 London derby goals – before his penalty goal, while Frank Lampard and Teddy Sheringham are tied for third on 32. But now Kane is one ahead and will no doubt have plenty of opportunities to push the number higher.

His record of 100 away goals in the league is already six ahead of Wayne Rooney, who is in second place with 94. In terms of the north London, Kane has now accrued an impressive 14 goals in 18 appearances – which is another record.

Indeed, Kane's strike means he has become the leading goalscorer in all Premier League London derbies – though it was nothing more than a consolation for Spurs and their star player.

His goal came when Tottenham were 1-0 down in the match following Thomas Partey's audacious opener. But Spurs were unable to build on the equaliser, while a red card for defender Emerson Royal for a high challenge on Gabriel Martinelli did nothing to help their cause.

Gabriel Jesus pounced on a mistake from goalkeeper Hugo Lloris to put the Gunners ahead once more. That was before Granit Xhaka sealed all three points for Arsenal, netting from close range.

The win keeps Arsenal top of the Premier League table on 21 points. Manchester City are one below, on 17 points. Spurs, in third, have the same amount but they have played one match more than the Citizens. 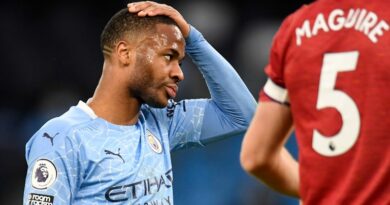 Dementia in football: Nikki Trueman calls for more support from FA and PFA