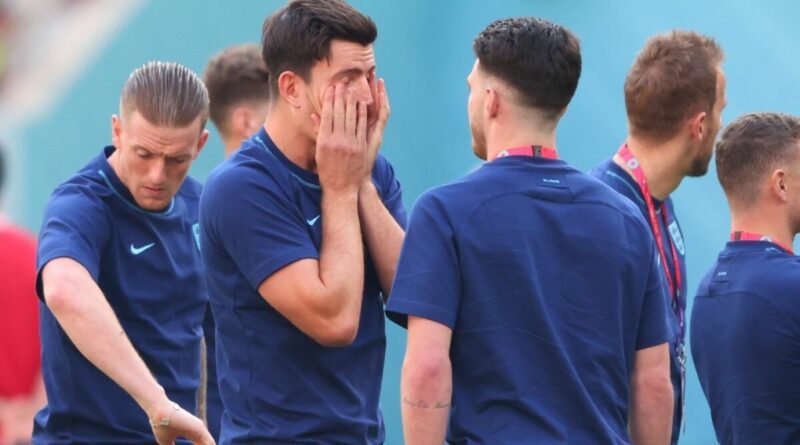 England and Wales to not wear #OneLove armband at World Cup

Manchester United captain Harry Maguire has been targeted by brutal mockery ahead of England’s 2022 World Cup opener against Iran at the Khalifa International Stadium. Iran supporters have poked fun at Maguire with a selection of banners ahead of the Group B showdown in Qatar.

The 29-year-old defender has been the subject of mass scrutiny for months over his loss of confidence and subsequent poor form at United. Gareth Southgate’s decision to select him in his squad over Fikayo Tomori was unpopular among large sections of English fans.

However, Southgate has maintained faith in Maguire, who enjoyed terrific tournaments at the 2018 World Cup and Euro 2020. And he has handed the out-of-sorts United star a start in Monday’s Group B opener against Iran, partnering John Stones in central defence.

Some Iran supporters at the Khalifa International Stadium have made it clear that they aren’t intimidated by Maguire, bearing two comedic banners. One reads, ‘It’s not coming home because of Harry Maguire’, while the other jibes, ‘Harry Maguire, your defence is terrifying’.

Many expected Arsenal’s Ben White or Tottenham Hotspur’s Eric Dier to partner Stones ahead of Maguire, with both enjoying contrasting seasons to England’s No 6. He has lost his place as a regular starter at United, with Erik ten Hag naming him in just one Premier League line-up since the 4-0 defeat at Brentford in August.

His current status has been highlighted by Victor Lindelof leapfrogging him in the pecking order and starting alongside Lisandro Martinez in Raphael Varane’s absence in recent weeks. But he will have the chance to resurrect his career with another stellar showing on the international stage this winter.

Explaining his team selection ahead of the Iran clash, Southgate told BBC Sport: “You’re always looking at the opponent – we feel this is a strong team and a strong way to start. We’ve got great depth to come in as well, which we will need, and we want to be positive and play on the front foot.”

The Three Lions boss will be left with a difficult decision if Maguire endures a game to forget to launch the World Cup campaign. But he will hope he can keep his back-line of Kieran Trippier, Maguire, Stones and Luke Shaw the same for the majority of the tournament.