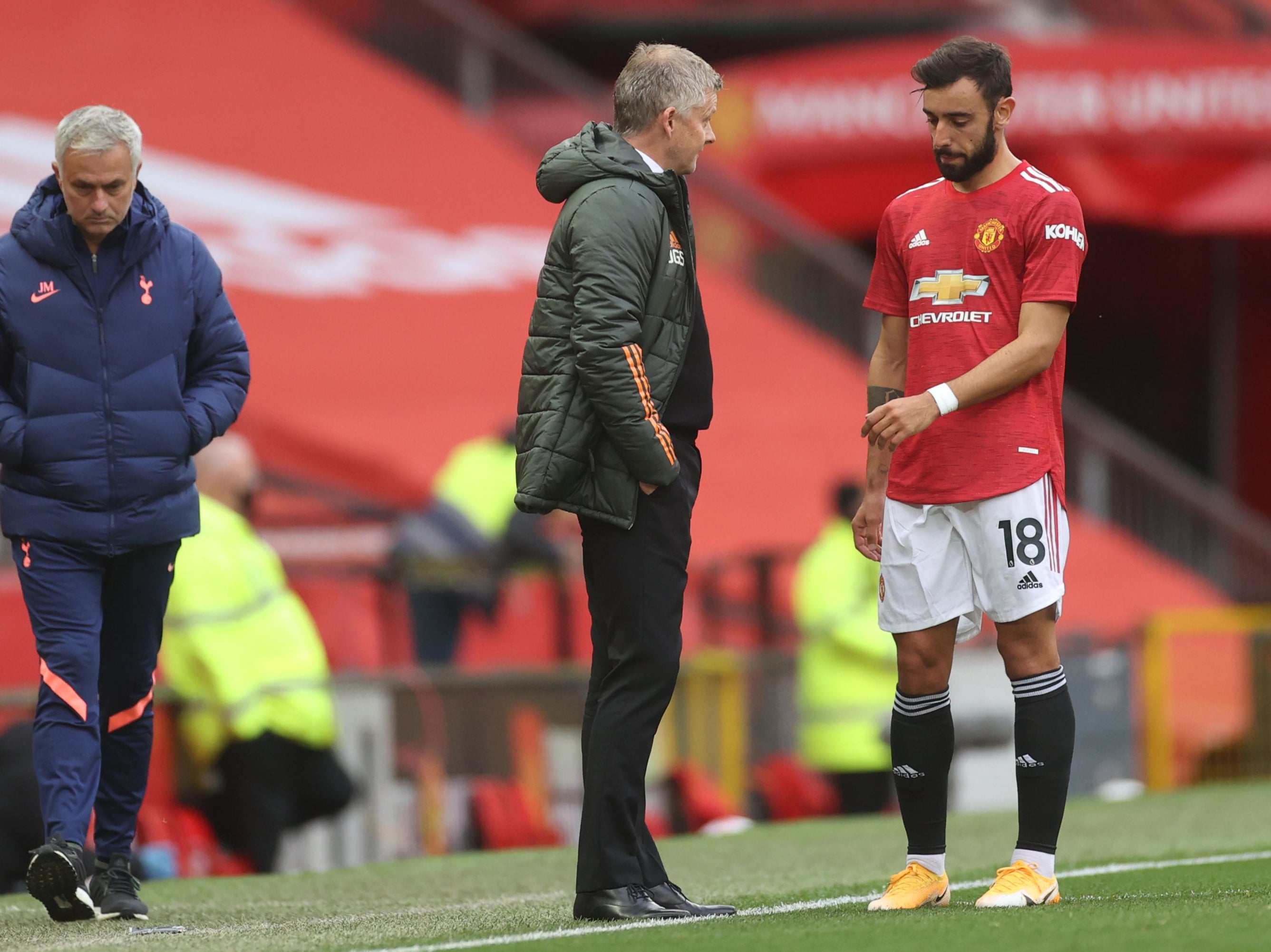 “It’s one of those things that you have to get over as soon as you can and move on,” Solskjaer said. “We know any little chance from outside … you want to create a division.

“I think Bruno (Fernandes) spoke really well the other day about how we are united, we have to stay together. We can’t listen to everyone outside. We’ve got to just get on with it.

“Bruno’s now lost two league games since he came to the club and he came in February, but it’s been two in quick succession.

“So, he’s not used to losing league games for us but now, Bruno, welcome to Man United – this is what happens when you lost a couple, they’re going to try to create a division between us.

“But that’s not going to happen because this group is a group that wants to work hard together, stick together.”

Selection-wise, Solskjaer is still unable to call on new signing Edinson Cavani, who agreed to join as a free agent on deadline day but has not yet completed his quarantine period to feature. Left-back Alex Telles is available after joining from Porto although his delayed arrival due to international duty could see him miss Saturday’s encounter, while Facundo Pellistri, the 18-year-old winger signed from Uruguayan side Penarol, has already impressed his manager.

“We’re looking forward to integrating them into the group,” he said. “Facundo, he’s been in training with us now two days. Very exciting, young enthusiastic player with some attributes that we don’t have. Of course he’s one maybe more for the future, maybe not for just now because he’s still 18.

“Alex came in yesterday, did his recovery after a long, long flight from Sao Paulo, having come on twice for Brazil so we’re looking forward to integrating him.

“Edinson has still not been with the group because of his quarantine, so all three of them have got something different to what we have and they’ll definitely come in and help us.

“I think the group, as well, are looking forward to having them join in.”

‘I told them I loved them, they told me they loved me’: Jurgen Klopp reveals emotional call with family after Liverpool title win

Cole: Manchester City will have been 'given a lift' by van Dijk injury
We and our partners use cookies on this site to improve our service, perform analytics, personalize advertising, measure advertising performance, and remember website preferences.Ok