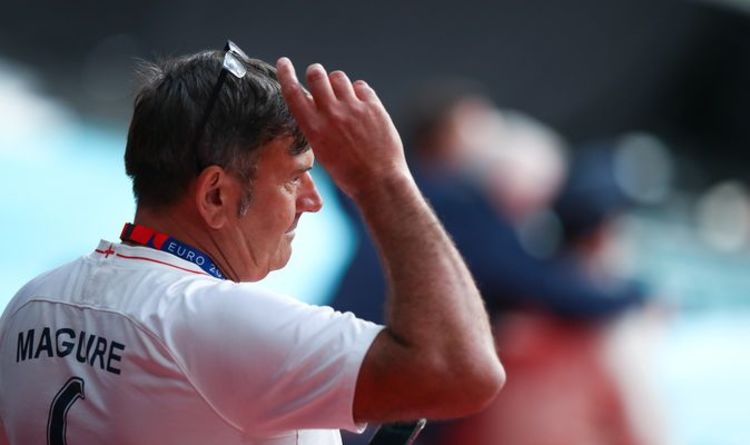 Declan Rice: All you need to know about Man Utd and Chelsea target

Harry Maguire has revealed his father was caught up in a stampede of fans ahead of England’s Euro 2020 final and suffered two suspected broken ribs. There were chaotic scenes prior at Wembley prior to the Three Lions’ showdown with Italy as a number of ticketless supporters forced their way inside the ground.

Stewards were unable to dealt with the sheer number of incidents taking place, causing scenes to turn ugly.

One of those caught up in the drama was the father of Maguire, who found himself pinned to the floor after a group of fans burst through a disabled entrance and stampeded past anyone in their way.

The 56-year-old accountant has suffered injuries as a result of this occurring and Maguire has admitted his discomfort after discovering what had taken place.

“It was not a nice experience — it shook him up. But he was fortunate as every game he has been to he has had my nephew or one of my kids on his shoulders,” said the Manchester United defender.

“So, I’m thankful that did not happen as it could have been a really serious moment.

“My dad was in the stampede. I have not spoken with him too much but I am pleased my kids didn’t go to the game.

“He was struggling with his breathing afterwards because of his ribs, but he’s not one to make a big fuss.

“It was scary — he said he was scared and I don’t want anyone to experience that at a football match.

“I have seen a lot of videos and have spoken to Dad and my family. It was my dad and agent who suffered the most.”

Maguire, who had around 20 family and friends in attendance, now hopes similar scenes will not be witnessed at Wembley in the future.

The 28-year-old defender has admitted his dad is likely to be more cautious at games as a result of his bad experience, but will continue showing his support by attending fixtures.

“I hope we can learn from this and make sure it doesn’t happen again,” Maguire told the Sun.

“The experience at Wembley is always amazing, filled with great people and great fans normally. But this time was obviously the final and everyone got overwhelmed and the way some people acted was totally wrong.

“Dad will always support me and go to the games but he will be a little bit more aware of everything going on around. We should all be more aware and learn from it.” 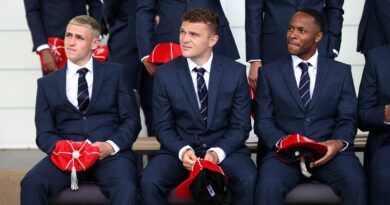