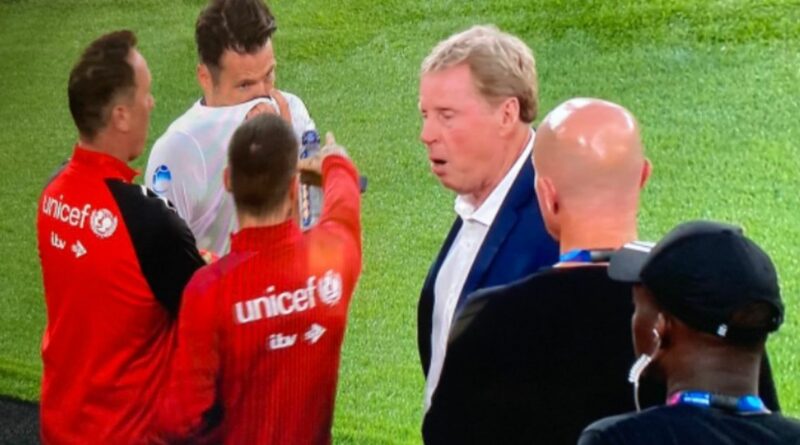 Harry Redknapp had to be calmed down by Mark Wright as tensions threatened to boil over at Soccer Aid.

Redknapp, managing England against a World XI at the home of his old club West Ham, lost his rag on the touchline after his celebrity goalkeeper David Harewood picked up an injury early in the second half. As Homeland actor Harewood fell to the ground clutching his hamstring, it looked as though Redknapp would have to make a change.

Soccer Aid rules state that each side must play a celebrity goalkeeper in the second half. With designated celeb goalkeeper Harewood looking unable to carry on, Redknapp was faced with the prospect of sticking one of his outfield players in goal.

Ever the competitor, the former I'm A Celeb contestant didn't much fancy that and showed his disregard for the rule by taking out his anger on the Soccer Aid officials standing on the touchline.

Redknapp raged for a good 30 seconds as those around him, including former TOWIE actor Mark Wright, attempted to calm him down. The 75-year-old's fury soon subsided after Chelsea manager Emma Hayes appeared to inform him that Harewood would be ok to carry on.

Someone else said: "Really enjoying how angry Harry Redknapp is at Soccer Aid." A third person added: "Love how Redknapp gets all angry over rules, whilst missing his team actually scoring some moments ago."

Where does Harry Redknapp rank among the greatest English managers of all time? Let us know your thoughts in the comments section below.

Another user commented: "Harry Redknapp getting so angry over soccer aid what a bloke." A different person joked: "Harry Redknapp, who relegated a Premiership club to prove a point, is kicking off at Soccer Aid. Get this man back in a gig, pronto."

After the match finished 2-2 in normal time, comedian Lee Mack scored the winning penalty as the World XI triumphed 4-1 from the spot. Wonder what 'arry thought about that. 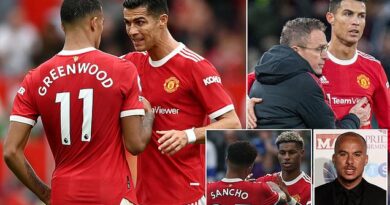 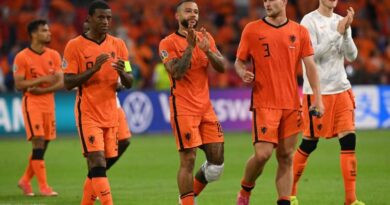