The German was almost unplayable as Chelsea beat the Spanish champions 2-0 to secure their place in the Champions League final.

Havertz was involved in the opener as his delicious dink rebounded off the crossbar and into the path of Timo Werner to tap home.

Mason Mount made sure of the result late on, but it was Havertz who was Madrid’s tormentor in chief throughout the evening.

Not only did the 21-year-old midfielder give the La Liga side the run around – he also showcased some top-notch gamesmanship.

After Chelsea gave away a free-kick in the closing stages, Havertz was not in the mood to let Madrid take it quickly.

He crouched down as if to pick up the ball and restart play but instead toe-poked it away to waste just that little bit more time.

To make matters worse for Madrid, referee Daniel Orsato completely missed Havertz’s blatant attempt at time-wasting, and he escaped without a booking.

“You could just tell Ramos was about to hook him on the face,” was the view of another.

While someone else claimed the Chelsea star ‘violated’ the Madrid centre-half.

It capped off a superb night for Havertz, who has looked a figure reborn since the arrival of Thomas Tuchel.

Manchester United legend Rio Ferdinand even compared his ability to that of ex-team-mate Dimitar Berbatov.

Speaking on BT Sport, as per Metro, Ferdinand said: “He [Havertz] reminds me of Berbatov, a player I played with at Manchester United. He's got that lazy swagger at times and that nonchalance about him.

“The guy is just so smooth man. The game doesn't quicken up around him. The game slows down to his pace, he gets things done. I think he will grow into a really important player for Chelsea.”

READ MORE:How Glazers’ £4bn value of Man Utd is justified and what new buyer must pay off 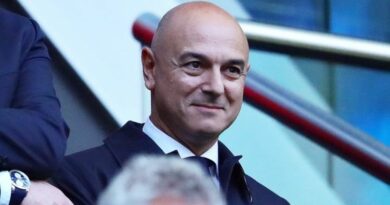