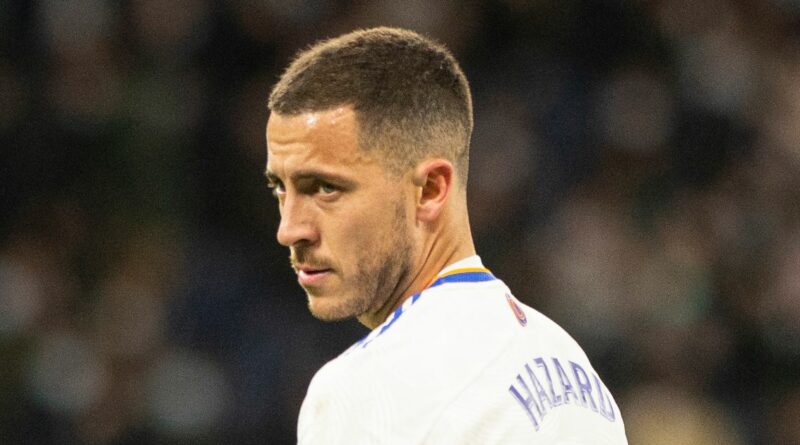 Real Madrid are reportedly looking to get rid of Eden Hazard in a Gareth Bale-like loan deal this summer.

Hazard has struggled to live up to the £135million fee Chelsea received for him since his move in 2019. The Belgian has struggled with injuries and form, missing a total of 68 games in the two and a half seasons he's been at the Nou Camp.

Real are still shelling out £240,000-per-week on his wages, despite his lack of playing time. So according to Spanish outlet AS, they are looking to loan him out to ease his financial strain on the club.

Tottenham brought back Welsh winger Bale last season in a similar deal which saw Spurs pick up a significant amount of the player's wages, with Real topping it up. Los Blancos are hoping they can pull off a similar deal for Hazard when this summer's transfer window comes around.

The 31-year-old, who is Belgium's captain, has missed plenty of the Red Devils' recent fixtures through injury. And with the World Cup in Qatar this winter, he will be desperate to get back to fitness in what could be his final international tournament.

Who do you think Hazard could join on loan? Comment down below

Real are also keen to bring in Kylian Mbappe this summer, who will provide more competition for attacking places along with Vinicius Jr, Rodrygo and Marco Asensio. Hazard has made 17 La Liga appearances in total this season, though only seven of those came as starts.

But if he does manage to find some form and fitness, he could yet help Real roar to the league title, while the recent triumph over PSG saw them draw Hazard's former club Chelsea in the quarter-finals of the Champions League. Bale is out of contract this summer at the Bernabeu, so letting go of Hazard could be dependant on finding more back-up options.