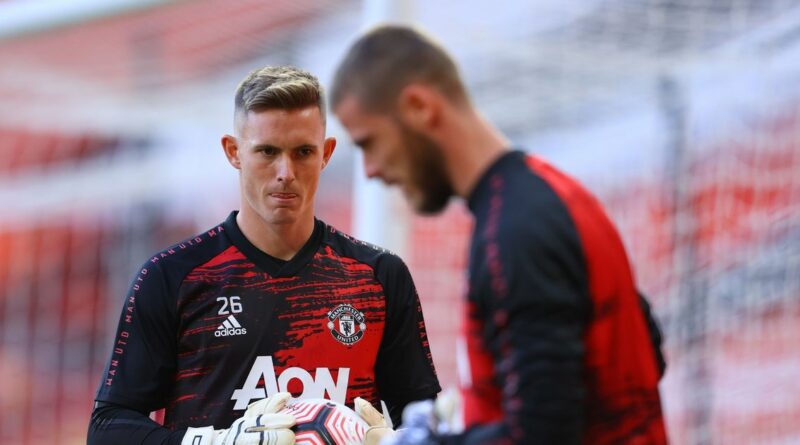 Dean Henderson is set to watch on from the bench this evening as Manchester United take on his former side Sheffield United.

The goalkeeper made his name at Bramall Lane during his two years on loan in Yorkshire.

It was his performances last year that thrust him into the reckoning to be England's No 1 and perhaps United's too.

Henderson, for many, had the credentials to usurp the Spaniard and the young goalkeeper himself has made his feelings known.

United were keen to bring him back to Old Trafford, but it was a case of balancing his development with embedding him into the club's culture.

Henderson, who has come through the ranks in Manchester, opted to return but has found minutes hard to come by under Ole Gunnar Solskjaer.

He further enhanced United's hand by signing a five-year deal in the summer meaning any talk of a loan move away this month has been dismissed.

It could end up costing him his international place at this summer's European Championships.

The shot stopper knew he was approaching, in his words, "a brick wall" in trying to take over from De Gea.

Six months have passed since his final outing for the Blades, in that time he has played in the Premier League just three times.

One of those outings was at Sheffield United – a game in which his howler cost United the opening goal.

Three appearances is unlikely to become four tonight and Henderson may have to consider exploring that "avenue" he discussed in the summer.

He previously told TV3 : "I think it's clear for everyone to know. I want to play for Manchester United and England.

"It feels like I always hit a brick wall. Maybe I'll get the opportunity [to play for Man Utd], maybe I won't, then I'll have to look down a different avenue.

"The fans have to remember what he's [De Gea] done for the last nine years – he's been phenomenal.

"He's probably been the best player at United for that time period. He should get another opportunity."

Opportunities have continued to come for De Gea while they haven't for Henderson.

Solskjaer has hailed the Englishman as a future United No 1 having seen him pen a new deal in the summer.

He said: "For me, one day he’ll be England No.1 and United No.1 and he needs to keep developing.”

That is all well and good, but while the Red Devils look to the future the likes of Jordan Pickford and Nick Pope are presently staking their cases.

There is also the danger that a Sam Johnstone in a struggling West Brom team or Southampton 's Alex McCarthy at Southampton could catch Gareth Southgate's eye.

Henderson also has to accept the reality that at 30 years of age De Gea is only middle-aged by goalkeeping standards.

Bayern Munich's Manuel Neuer, seen by many as the world's best, is at the peak of his powers at 34.

De Gea also signed a lucrative deal that will keep him at the club until 2023.

The likelihood is, while United pay him a reported £350,000-a-week, that he will continue to be first choice.

By his contract end Henderson will be 26 and no doubt left to ponder the decision he made last summer.