Out of favour Dean Henderson is set to be allowed to depart Manchester United on an 18-month loan move in an attempt to appease his frustrations over his lack of action.

Henderson looked set to be named the Red Devils’ first-choice keeper ahead of this season, but a bout of Covid-19 forced the Englishman to miss the first weeks of the campaign.

That allowed Henderson’s rival David De Gea to stake his claim for the number one shirt, with the Spaniard excelling despite United’s difficult run of results.

Though he has only kept two clean sheets, his saves have rescued United numerous times, with Henderson forced to look on from the bench.

The 24-year-old has made just one senior appearance this term, in the Carabao Cup defeat to West Ham.

Since that clash, Henderson has spent eight games in succession on the bench, losing his place in the England squad as a result.

With the World Cup closing in, the United keeper is understood to have grown frustrated over his lack of opportunities.

And according to The Sun, the Red Devils are aware of that frustration and are ready to sanction an 18-month-long loan deal for the keeper.

Should Dean Henderson leave Manchester United in search of playing time? Let us know in the comments section…

United are said to want Henderson to have a long-term temporary transfer rather than merely a stint until the end of the season.

The Red Devils will look to find a home for Henderson as soon as the January transfer window so that he does not rot on the bench.

The positives for United if he moves on are two-fold, as firstly Henderson will get some much-need game-time and secondly, it would remove the constant questions about who starts in goal.

It will not be the end of Henderson’s career at Old Trafford though, with the report stating that he will be given the chance to return from his loan to make another bid to dislodge De Gea,

There will likely be strong interest in Henderson, with Newcastle one of the sides expected to be interested as they look to boost new boss Eddie Howe’s squad. 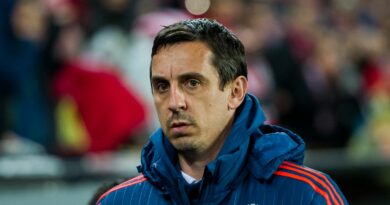 Is this the BIGGEST ever Premier League Merseyside derby?