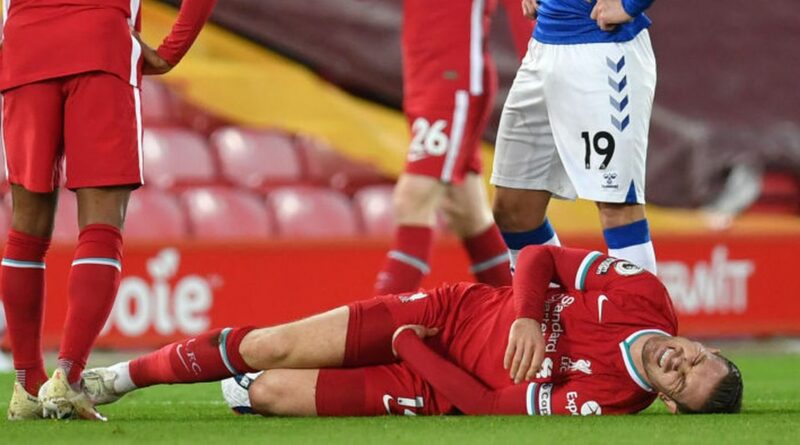 Georginio Wijnaldum insists Liverpool can't feel sorry for themselves over their injury hell.

Jordan Henderson could be facing a spell on the sidelines after suffering a groin injury early on in their Merseyside derby defeat by Everton on Saturday.

The Kop skipper underwent a scan on Sunday and the Reds await the results.

Henderson had been covering at centre-back where Virgil van Dijk, Joe Gomez and Joel Matip have all been ruled out for the season.

While Fabinho and Diogo Jota also missed the defeat by the Toffees as they battle back to full fitness.

“You just want to deal with the situation and try to bring it to a better end, or a good end, even if you know that you have a lot of injuries.

“I think that’s how we should look at the situation, not be the victims but just try to turn it around.

“We have a lot of games to turn it around – if we’re going to look at the situation as victims it’s going to be worse.

“What we can do is just try to give everything, try to keep confident and work all together to bring it [the season] to a better end.”

Liverpool have yet to win at home this year and have now lost four in a row on their own patch.

The defeat by Everton was their seventh of the league season to leave them in real danger of missing out on the Champions League after their title defence crumbled.

While they have scored just one goal at home – in a 4-1 defeat by Manchester City – since the turn of the year.

Wijnaldum added: “This is a new situation we are in right now. In the previous seasons when we created so many chances, we always scored a goal.

“And now we’re in a period where we create a lot of chances but don’t score the goal. It’s frustrating, especially when you’re on the pitch and you’re playing.

“But we just should keep the confidence and just do what we’re doing right now because one time it will turn and we will score the goals again.”

Liverpool in crisis as Gomez suffers serious injury with England 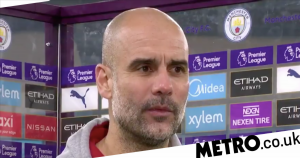