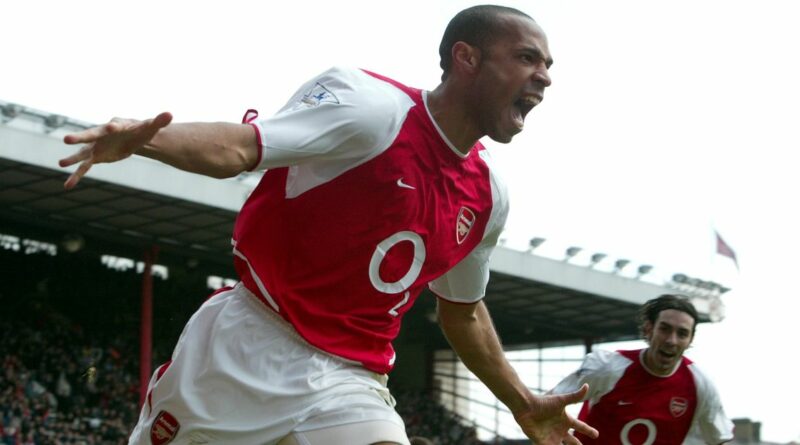 Thierry Henry will always be remembered as a legend at Arsenal, finishing his time at the club as their highest-ever goalscorer.

It took a leap of faith from Arsene Wenger, who signed him from Juventus on this day in 1999 – 22 years ago.

After a failed season at Juventus, not many teams would have even thought about splashing out on the striker.

In 375 games for the Gunners, he scored 228 times and managed 95 assists and is one of, if not, the best players to ever grace England's shores.

Here are his best moments for Arsenal – and also some of his worst.

Nothing epitomised Henry's genius more than his goal against Manchester United in 2000 – you know the one – the flick, the volley, the hapless Fabien Barthez, the sheer audacity of the whole thing.

In just his second season at Arsenal, the Frenchman was beginning to flex his muscles as the world-class player he truly was.

And in one of the biggest games of the season with the Gunners battling the Red Devils for dominance of the Premier League, Henry decided to take centre-stage.

Gilles Grimandi saw a busy Henry get ahead of Denis Irwin, who could not handle his strength but the best was yet to come.

And as the forward held off the United defender, he rolled the ball into the air with the tip of his boot – time stood still as Henry swivelled with his back to goal, directing an utterly absurd shot towards goal which flew into the top corner and leaving Sir Alex Ferguson's jaw on the floor after the match.

"You can't do anything about a goal like that," Fergie admitted afterwards. "I couldn't believe it."

As Arsenal's top goalscorer ever, it is no surprise to see the Frenchman immortalised outside the Emirates with his own statue.

It shows the striker gliding across the pitch on his knees after scoring an absolute wonder goal against Tottenham.

And what a goal it was, in the biggest of matches at the best of times, Henry proved once again why he no one came close to his skill.

In 2002, the beginning of a five-year period of dominance in the Premier League where he scored 166 times in all competitions, Tottenham crossed the road to face their north London rivals at Highbury.

But they could not stop a powerful Henry, who picked up the ball 10 yards behind the halfway line, surging towards goal.

With every passing second came the realisation that those in attendance were about to watch something special, finally bamboozling Stephen Carr before tucking away an expert finish.

Towards the end of that incredible campaign, Arsenal found themselves in a sticky situation, 2-1 down to Liverpool in April, 2004.

With their Invincible status in peril, who could Wenger turn to as he scrambled to save the day? Silly question.

The leading figure in that side was none other than Henry, who scored a dizzying 39 times that season, and three of them came on this very day to put the Gunners seven points clear in the Premier League.

The first, so Henry, plucking Robert Pires’ lofted ball out of the air as if the ball was made of honey before calmly tucking past Jerzy Dudek.

The second, mesmeric once more, a feeling the Highbury crowd had grown used to but still had opposition defenders falling over themselves trying to catch up.

This time it was Dietmar Hamann and Jamie Carragher who were seeing stars as the quick feet of Henry left them woozy while the third cemented the match as one of the best Premier League matches of all time.

Dennis Bergkamp was the provider this time, dinking one over the Reds defence as Henry does what he does best – score goals – copying his style from the first but on his other foot. Vintage va-va voom.

For all the good Henry brought to Arsenal, the infamous penalty that Pires will always stick in many fan's minds.

Taking on Manchester City before the billions, Arsenal were feeling pretty confident – so confident that they thought they could even mess around with a penalty rather than just smash it home.

Pires stood over the ball for the second time that afternoon in October, 2005, having already scored – but this time he thought it would be time for something a little different.

Standing to his left was Henry, eagerly awaiting the next phase of play to come – something that had never been seen before was sure to shock the crowd in spectacular fashion.

Well, they achieved that but maybe not quite how the duo planned as Pires’ air-pass merely wobbled the ball instead of handing the onrushing Henry a free shot on goal.

Before anyone even knew what was going – the referee included as he gave a free-kick for no apparent reason – Danny Mills was in red-hot rage, chasing down a despondent Pires with his veins popping out of his skull.

Arsenal had just been crowned Premier League champions, having not lost a game and going down in history as the Invincibles – one of the most iconic teams of all time.

So it must have rankled hard when just the next year, Jose Mourinho’s Chelsea turned up and completely changed the Premier League forever.

The Blues outscored and got more points than their London rivals but Henry had a chance to change the narrative and reassert Arsenal’s spot in the Premier League.

A domestic legend by this point, Henry had already scored twice on that Sunday afternoon in December, 2004, but his best chance was to come in the dying embers of the game.

With an empty goal at his mercy, the French striker blazed over from close-range to make sure the match finished 2-2.

Chelsea would go on to win the Premier League that season, kickstarting a campaign that has seen a further four league titles go to Stamford Bridge, while Arsenal have not seen one.

Henry has some of the biggest prizes in football, the Premier League, the FA Cup and the World Cup – but the Champions League is one medal missing from his mantlepiece.

And the forward would have one of his regretful performances when Arsenal needed him most when they met Barcelona in the 2006 final.

The Catalan club would go on to win 2-1 but not before Henry had a glorious chance to put Arsenal two goals ahead following Sol Campbell’s opener in the 37th minute.

That came after a wild three minutes from the first whistle where he could have netted two only to be denied by Victor Valdes.

Henry has spoken on his regret of that night at the Stade de France in Paris, admitting it remains one of his toughest nights as a professional.

He said: “I think if I had not missed two chances in the final of the Champions League in 2006 with Arsenal against Barcelona, there would be no discussion.

"And frankly, it weighs on me more not to have won the Champions League there.

"The 'if' is not my thing. I sleep fine at nights. I've done what I have done, what I could do, with successes and failures." 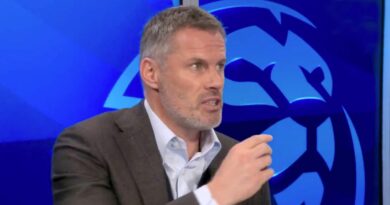