On-loan Rangers winger Jamie Murphy scored one and set up another but Hibernian had to settle for a 2-2 draw against champions Celtic at Easter Road after Diego Laxalt’s stoppage-time equaliser.

Celtic fought back from two goals down to rescue a point but Scottish Premiership leaders Rangers have the chance to move 11 points clear when they host Aberdeen on Sunday.

Murphy and Kevin Nisbet netted in the space of seven minutes early in the second half and Celtic looked a beaten team until substitute Odsonne Edouard converted a 79th-minute penalty. 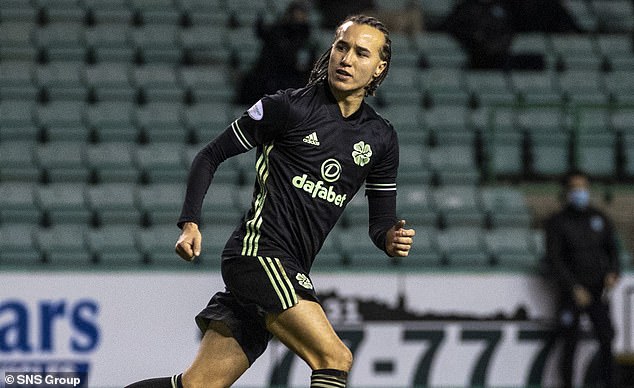 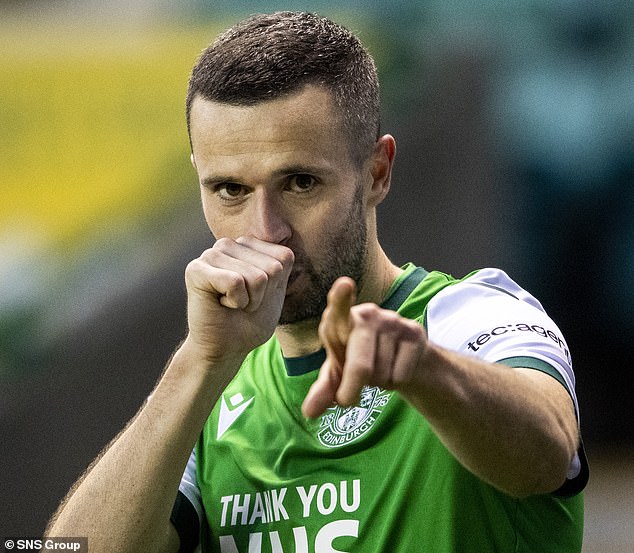 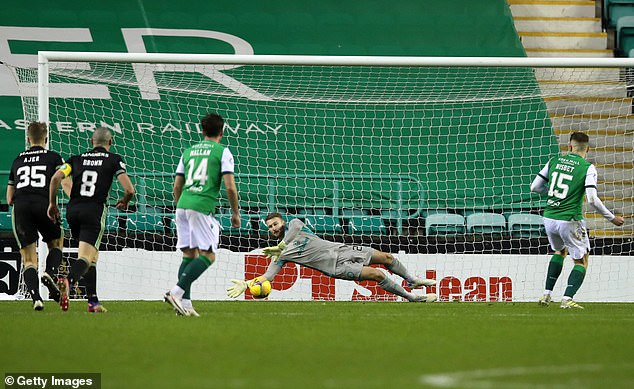 Laxalt lashed home an equaliser in stoppage time as pressure paid off but even then Hibs had the chance to win it.

Neil Lennon’s side have now recorded just two wins from eight games in all competitions and could slip further behind Rangers, albeit they will have two games in hand by Sunday night.

Hibernian were missing striker Christian Doidge while Celtic started with Albian Ajeti up front. Edouard was rested after hitting a double in midweek to equal the France Under-21s goalscoring record with 15 from 10 appearances.

Ajeti created a decent early chance for himself with a good turn 20 yards out. However, the Swiss striker shot high and wide and Celtic largely lacked a penalty-box threat until Edouard came off the bench. 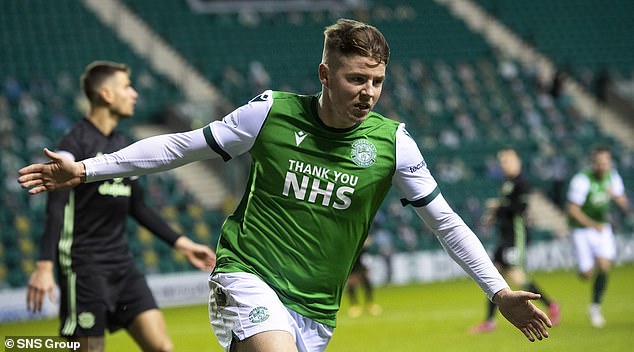 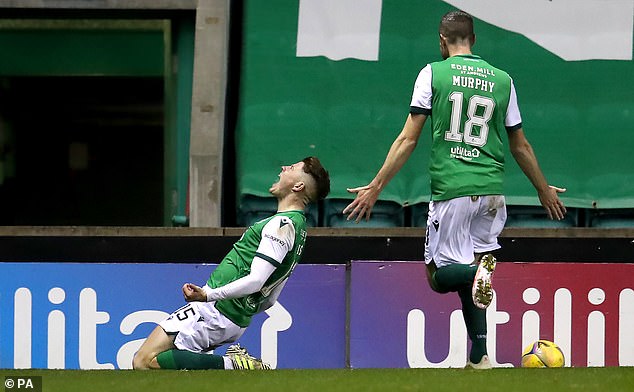 The 23-year-old is jubilant following his goal, which saw Hibernian double their advantage

Boyle got a good chance when Laxalt got caught under Murphy’s cross but skewed his header wide.

Lennon had been unhappy that Ryan Christie had more or less played three lots of 90 minutes in six days for Scotland but the midfielder came alive midway through the half.

Scotland’s goal hero against Serbia firstly beat Ryan Porteous with a brilliant piece of skill before Mohamed Elyounoussi had a shot blocked. He then twice tested Ofir Marciano from distance with the Israel goalkeeper pushing both shots wide.

Elyounoussi soon headed wide under pressure after initially getting a run on Christie’s corner but the final chance of the half fell to Joe Newell, the Hibs midfielder lacking conviction with his effort from 18 yards.

Marciano parried another Christie long-ranger after the interval before referee Bobby Madden pointed to the spot after Scott Brown had made an unnecessary and clumsy attempt to reach the ball ahead of Boyle on the bye-line amid little danger.

Scott Bain saved well from Nisbet but Murphy was first to the rebound and slotted home to give Hibs a 52nd-minute lead. 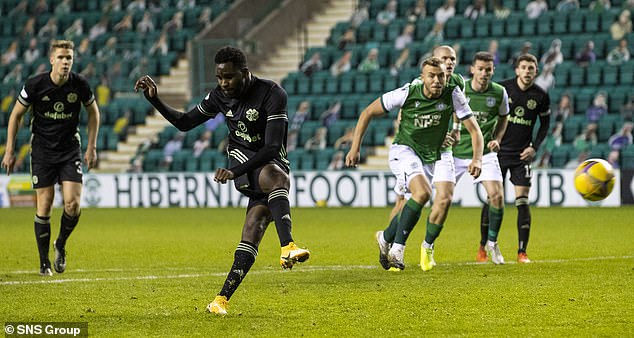 Lennon wasted little time in getting Edouard on for Ajeti but Celtic’s task grew even greater within 60 seconds.

Murphy was able to head a diagonal ball unchallenged into the path of Nisbet, who had space to drill a shot first time in off the far post.

Porteous headed not far wide as Celtic’s comeback initially failed to materialise, before Marciano made two good stops from Edouard efforts from around 18 yards.

Lennon had made a double switch in between those chances, Leigh Griffiths and Shane Duffy coming on for Brown and Elyounoussi in a change of shape.

The visitors got a lifeline when Madden penalised Paul McGinn for handball and Edouard slotted the penalty.

Celtic stepped up the pressure and Marciano held efforts from Callum McGregor, Christie and Tom Rogic before Laxalt fired high into the net from the second ball following a Griffiths free-kick from out wide. 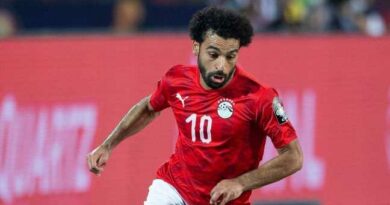 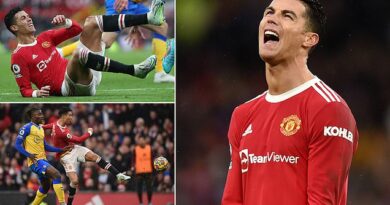 Manchester United have a PROBLEM with Cristiano Ronaldo