Leeann Dempster is to leave her role as Hibernian chief executive after six years at the club.

Dempster joined the club following their relegation from the Scottish Premiership and has been in the post for their return to the top flight and for the Scottish Cup triumph in 2016.

Chairman Ronald J Gordon expressed his disappointment at Dempster’s pending departure but stressed that he understood and supported her decision.

He said: “I would have liked Leeann to stay. She has done a terrific job throughout her time at the club and I know how highly regarded she is by every supporter and within football.

“She has explained that she believes it is the right time for her and for the club – that she is ready to pursue a new and different challenge, and that she wants to spend more time with her family.

“She has obviously thought long and hard about this and we now have to accept and respect her view. I am happy to say she will work with us to ensure a smooth transition as we decide how to best move forward and thank her for her continued commitment to the club.”

Dempster said: “The club had been relegated when I joined, and I was determined – with the help of a terrific group of people – to rebuild and restore the club to make its supporters proud on and off the pitch. The Cup win was the highlight, of course, but there have been many fantastic moments.

“I think it is genuinely the right time, both for the club and for me, to move on to a new chapter. It has been an intense and fulfilling time of my life. I have grown to love the club and the Hibernian family, but the club is in good hands and has an exciting future ahead of it.

“I wanted to make sure Ron settled in following the transaction, and I think we have achieved that. I’ve enjoyed working with him and I have learned a lot in the process. Supporters should be optimistic and excited about Ron’s plans for the club’s future, and I know they will continue to support the club in the magnificent fashion that they have done during my time, especially during recent months when they absolutely stepped up when we most needed them.” 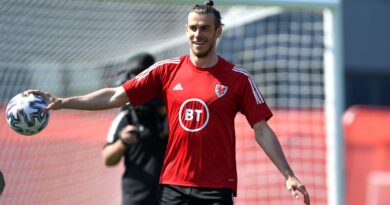 Marcus Rashford lifts the lid behind his charity work