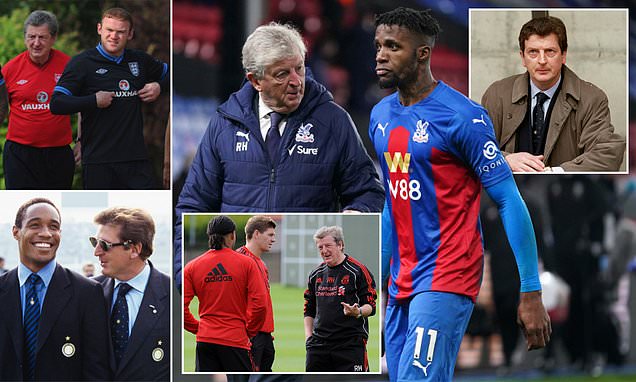 Roy Hodgson has outlasted eight Prime Ministers, nine US Presidents and 13 England bosses since his first managerial job… and he won’t leave with many regrets from his incredible 45-YEAR globetrotting career

Roy Hodgson’s remarkable career has taken in 18 different jobs across eight different countries from Scandinavia to the Middle East, but throughout it all he has always remained the quintessential Englishman.

Tuesday’s news that he is leaving Crystal Palace at the end of the season, and probably heading into retirement, brought an emotional tribute from his current chairman Steve Parish, who described the 73-year-old as a ‘magnificent human and outstanding football manager’. 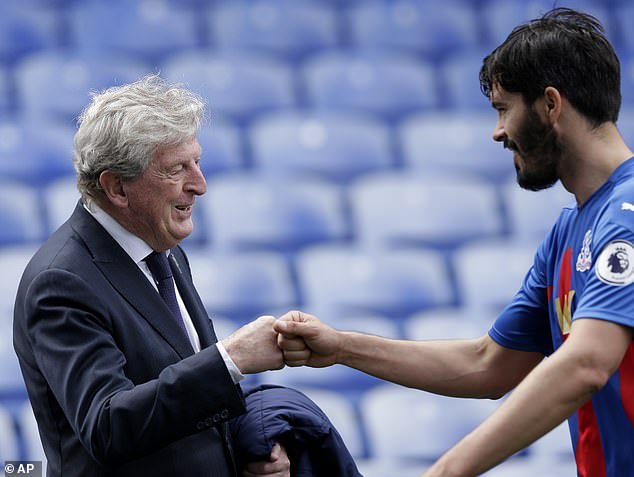 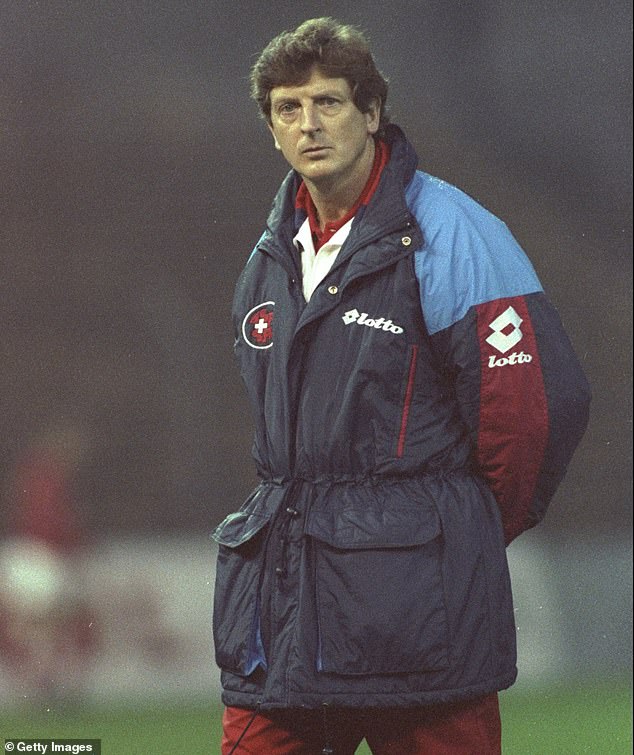 Hodgson, a well-read and intelligent man fluent in five languages, has not survived this long by selling himself to cable television, the internet and social media.

The secret to his longevity was to ignore fads and always stick to football’s guiding principles; hard work, organisation and proper coaching.

‘He was hands-on in training. Set plays, cones, mannequins. It drove the players mad for the first three months, they wanted to play five-a-side. But over time everyone bought in because it worked.’

Ironically, Hodgson’s strength – that unwavering belief in his methods – may also have been a weakness in struggling in his two most high-profile jobs with Liverpool and England.

Not that he will be leaving the stage this weekend with many regrets. His time in football, since being appointed as a 28-year-old with Halmstad in 1976, has spanned eight Prime Ministers, nine U.S. Presidents and 13 England managers, of which he was one.

And whilst never a serial winner in the Sir Alex Ferguson mould, he can point to European finals with Inter Milan and Fulham, league titles in Denmark and Sweden, and World Cup campaigns with Switzerland and England. 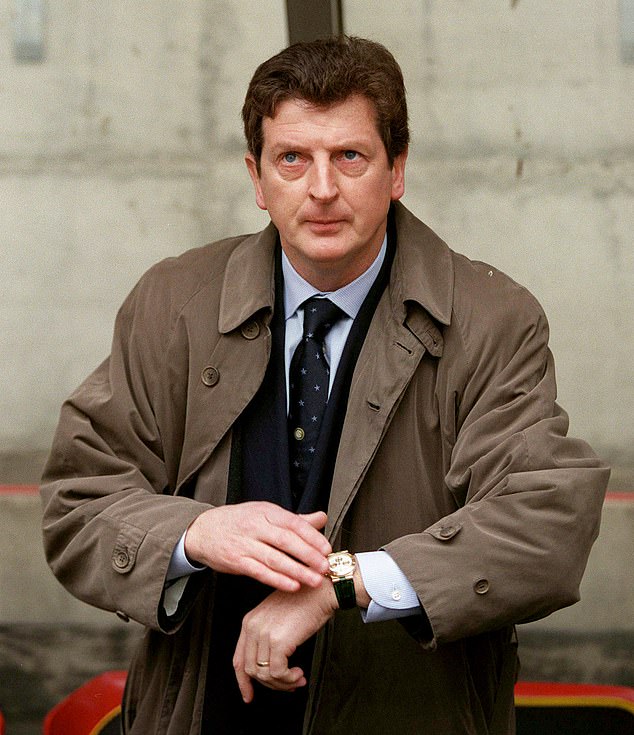 The secret to his longevity in management was to always stick to football’s guiding principles; hard work, organisation and proper coaching

It’s a career without parallel for the sheer range of experiences and to finish in south London with Palace, close where he was born and raised in Croydon, has felt like a glorious homecoming and farewell wrapped into one.

As a player, Hodgson didn’t get above the heights of Maidstone and Gravesend but another Englishman managing in Sweden, Bob Houghton, knew his coaching potential and recommended him to Halmstad.

The unknown Hodgson won the Swedish championship at his first attempt and didn’t look back.

‘I got some early advice from Don Howe, who said the difference between a big-name manager and someone without a playing CV was only 10 games. In other words, they might dodge the sack for a bit, but ultimately all managers have to do the job properly,’ said Hodgson.

‘Players are prepared to be led by the right training sessions and persuasion. It is about principles. What you want to do, in and out of possession. How you establish a bond with players. You have to make them feel this is a coach worth having.’

Hodgson introduced an English 4-4-2 to Sweden, influencing Sven Goran Eriksson among others.

Ironically, his reputation grew quicker overseas than here. He led Switzerland to the knockout stages of the 1994 World Cup and after Euro 96 – where they held England to a 1-1 draw – he went to Inter to oversee big stars like Roberto Carlos and Paul Ince. 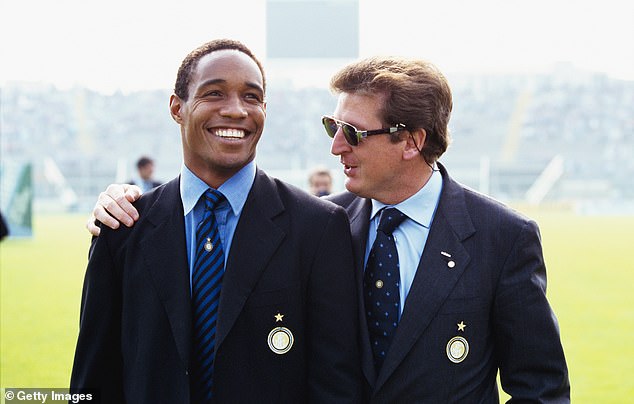 ‘He handled everything thrown at him,’ said Inter’s Dutch international Aron Winter. The Italians reached the UEFA Cup final but Hodgson exited after defeat on penalties by Schalke.

He took up his first Premier League assignment at Blackburn, then went globetrotting again; to Switzerland, Italy, UAE, Norway and Finland before taking a life-changing decision in 2007 to join Fulham, a move that propelled him towards some of the biggest jobs in the world at an age when most people are winding down.

‘I was planning semi-retirement at Inter (he was offered a job as an adviser) but I’m glad I didn’t. I would have missed the coaching too much,’ he admits.

‘I never question taking any of the jobs I had, even Liverpool which didn’t go well. I would have regretted turning down the opportunity.’

His exploits at Fulham – they won their last three games to stay up and two years later were only narrowly beaten in a Europa League final by Atletico Madrid featuring Sergio Aguero, Diego Forlan and David de Gea – saw him get the call from Liverpool who were in the middle of an ownership battle involving Tom Hicks, George Gillett and John W Henry.

Hodgson, who wouldn’t describe himself as a touchy-feely type, never really grasped the emotional connection between Liverpool FC, its fans and the city.

When asked if he’d have to adapt his methods to a massive club, he retorted: ‘That’s insulting. They translated from Halmstad to Malmo to Orebro to Neuchatel Xamax.’

What made sense to him didn’t placate The Kop. Signings like Paul Konchesky and Christian Poulsen struggled and Schwarzer could see why Hodgson’s approach may not have worked at Anfield. 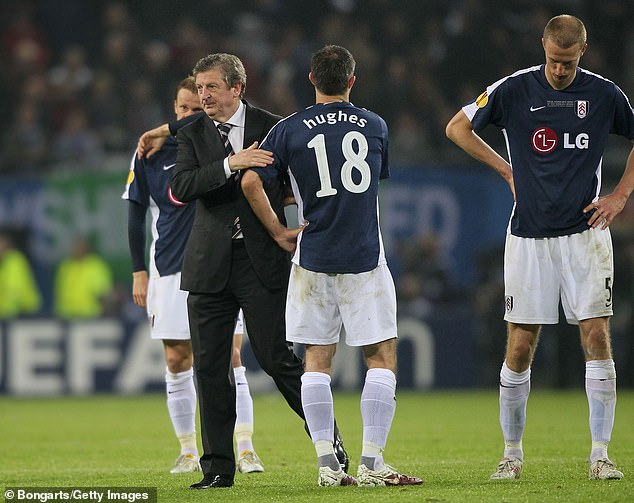 Hodgson guided Fulham to the Europa League final in 2010, where they lost to Atletico Madrid 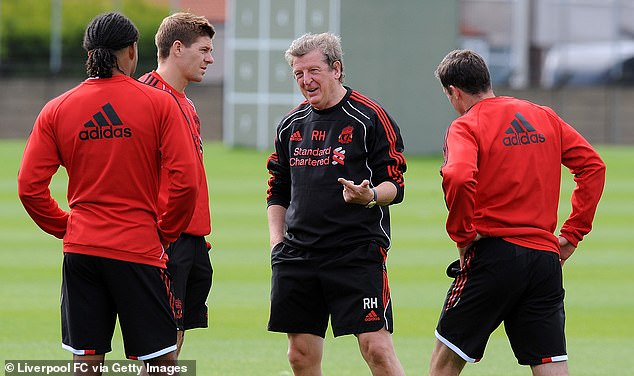 ‘Roy was often more successful at the smaller clubs. At Fulham, he gave us a solid base so we could get results even if we didn’t play well,’ he says.

‘I think the big names at clubs like Liverpool want to be stimulated a bit in training sessions. I could see how they might get frustrated. Roy’s methods only work when people buy into it.’

The gamble backfired with Hodgson sacked after only 20 games. The pattern of doing better with lower expectations then repeated itself as he became a hero at West Brom and then struggled in big tournaments with England after initially doing respectably well by reaching the quarter-finals of Euro 2012.

Failing to win a game at the 2014 World Cup was a disaster and the 2-1 defeat against Iceland at Euro 2016 was even worse, one of the country’s great sporting disasters.

As disgruntled fans chanted ‘You’re not fit to wear the shirt’ and Hodgson was mercilessly criticised for getting striker Harry Kane to take corners, he had to be practically dragged into a press conference the next day to resign publicly, when he preferred to do it away from the cameras

‘I don’t really know why I’m here,’ he said a bit sulkily. It was taken as petulance but Hodgson wasn’t trying to be. It has always been his view that a manager’s role is to focus on the next game, not be a song-and-dance man for the world’s media.

In some senses that’s a shame, because he is an undoubtedly educated and eloquent man. 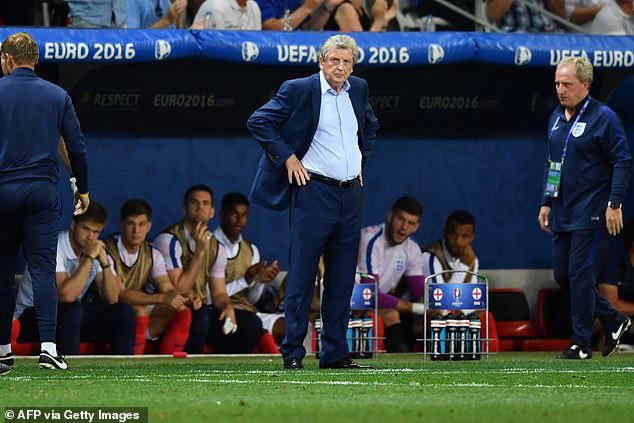 ‘The day it becomes impossible for teams like Palace to get results against Manchester City, the league might as well just fold up and we’ll do everything on paper,’ he said after masterminding a win against Pep Guardiola’s side at the Etihad. It was a prescient comment given the European Super League debacle to follow.

That England press conference in 2016 would have been a sad and unrepresentative finale for one of our great managers. But happily there was another ending, a return to south London with Palace, reminiscent of Robson ending his long career back at Newcastle.

Hodgson was catapulted into the middle of an eight-game losing run at the start of 2017-18 but kept Palace up. He’s done so comfortably every year since, giving old dependables like Gary Cahill a new lease of life, and getting flair players like Wilfried Zaha and Ebereche Eze to perform within the structure of a well-drilled machine.

The former P.E. teacher from nearby Alleyn’s School in Dulwich remains an educator. Like Ferguson, he is able to handle characters 50 years his junior.

The players are still the be-all and end-all. If someone is late, he can control the situation without resorting to disciplinary histrionics just to show who’s boss. He is more streetwise than he looks and his greatest pride has always been devising and putting on the training sessions with his right-hand man Ray Lewington a constant support. 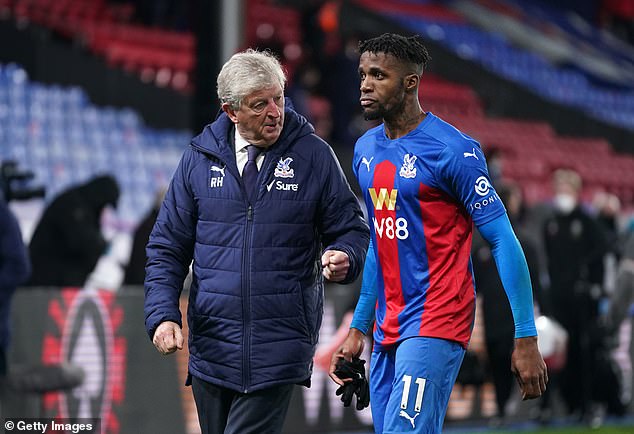 Man Utd fans HAMMER Paul Pogba for first half Watford display: ‘His mind is in Madrid’ 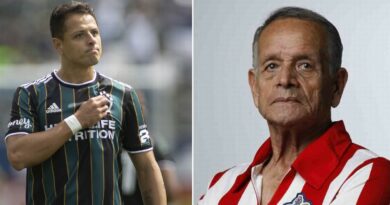