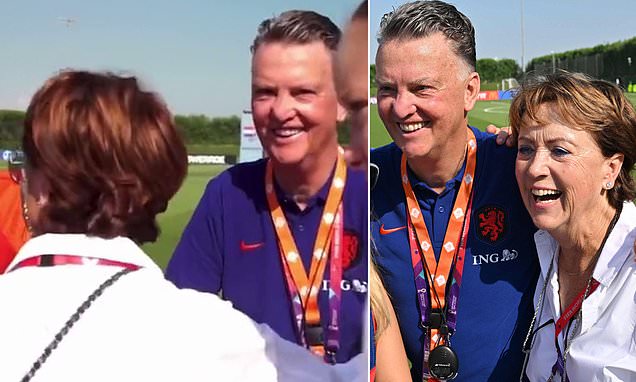 ‘You can come to the hotel. Just to my room. To get laid’: Eccentric Holland boss Louis van Gaal makes a cheeky offer to his wife Truus as she visits a team training session at the Qatar World Cup

Louis van Gaal made a cheeky offer to his wife Truus when she came to visit Holland’s training session on Tuesday.

The national side have turned their attentions to their second World Cup group game against Ecuador after the 2-0 win over Senegal on Monday.

The 71-year-old’s work was overseen by Truus, and when she approached him, the former Manchester United manager was caught on camera making a risque request in Dutch.

As the video published by Dutch website De Telegraaf revealed, van Gaal said: ‘But you can come to the hotel. Just to my room. To get laid.’ 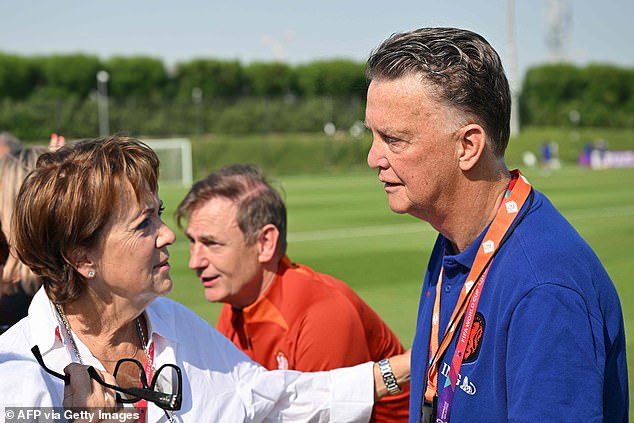 Both Holland and Ecuador won their opening fixtures, and the winner of that match on Friday are heavy favourites to secure their spot in the last-16.

The country, alongside other European sides including England and Wales, backed down from plans to wear the anti-discrimination OneLove armband, amid concerns it would see captain Virgil van Dijk booked for the gesture.

Speaking after their victory over Senegal, the captain revealed that Holland’s players were inspired by van Gaal’s successful fight against prostate cancer.

Back in April, van Gaal, 71, revealed he had undergone 25 sessions of radiotherapy treatment, but is now on the touchline for what is likely to be his last World Cup.

As Sportsmail previously reported, van Dijk said: ‘It’s never easy for him to deal with the whole situation but I think he’s dealing with it fantastically. He’s our manager, we will fight for him regardless. He’s a great human being, very direct and we will definitely go that extra yard knowing this is the last World Cup for him.’ 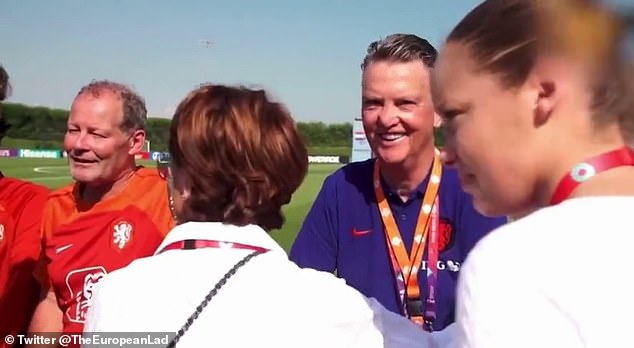 Van Gaal is in his third stint as Holland manager, having led the country to a third-place finish at the 2014 World Cup during his second spell in charge.

He married Truus in 2008, while he was boss at AZ Alkmaar, while the veteran manager has also taken the helm at Ajax, Barcelona and Bayern Munich during an illustrious career. 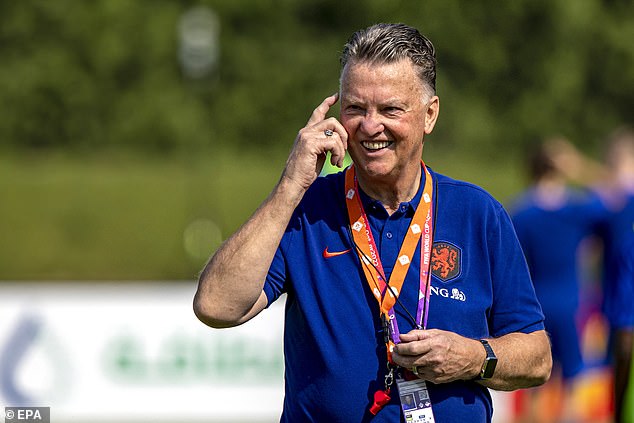 The veteran manager is on his third spell with Holland, as well as a successful club career 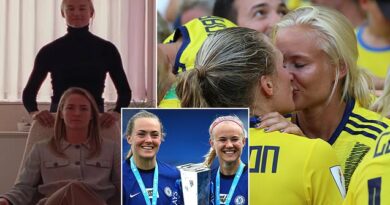 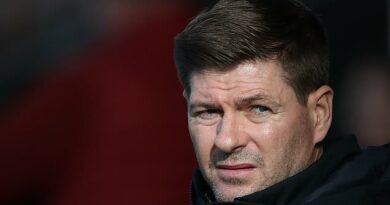