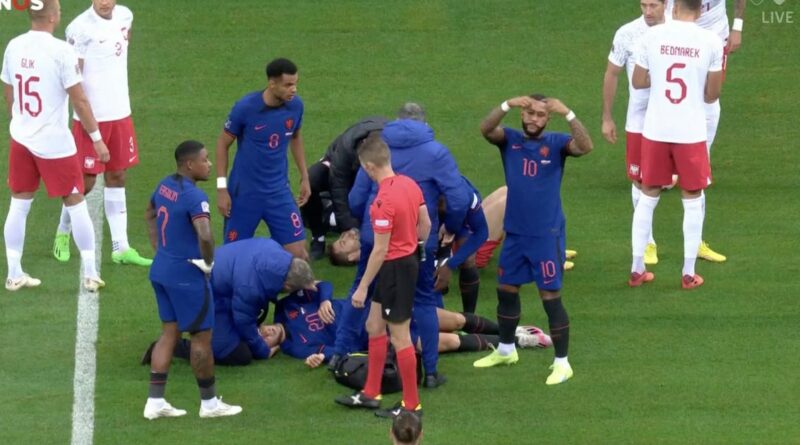 There were scary scenes just over a minute into the Netherlands' Nations League clash with Poland on Thursday evening when Teun Koopmeiners was knocked out.

The Atalanta midfielder appeared to suffer a sickening injury following an awkward landing after an aerial duel with Karol Linetty. Linetty appeared to accidentally catch the Dutchman with an elbow to the back of the head on the way down.

And the Dutchman was left out cold on the turf of the PGE Narodowy as medical teams rushed to his aid. Koopmeiners was able to get back up after treatment, but he was stretched off the field to be replaced with Ajax man Steven Berghuis.

Koopmeiners has been a perennial figure in the Dutch side since his first cap – a friendly against Mexico in 2020.

The Atalanta man was an unused sub for the Netherlands' ill-fated Euro 2020 campaign last summer, but he made his way back into the side for a couple of World Cup qualifiers. However, he has been central to the Dutch's Nations League campaign.

Koopmeiners has completed the full 90 minutes in both fixtures against Wales, but Thursday evening's clash was the first time he had been given the nod to start against Belgium or Poland.

Shortly after Koopmeiners left the field, the Dutch took the lead through in-demand winger Cody Gakpo.

Gakpo was involved in one of the biggest sagas on Transfer Deadline Day as he ultimately stayed out at PSV despite interest from multiple sides in the Premier League.