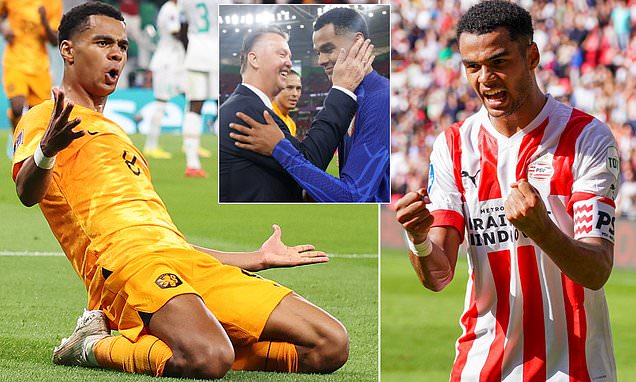 The man with the most goals and assists in any European top-flight league this season is not a striker playing for Manchester City, Real Madrid or Bayern Munich, but a 23-year-old at PSV Eindhoven.

Cody Gakpo, who has 13 goals and 17 assists in 24 games, is one of the most promising players at this World Cup and is quickly making a name for himself on the biggest stage.

His goal in Holland’s 2-0 victory over Senegal on Monday is bound to have caught the attention of Premier League sides. 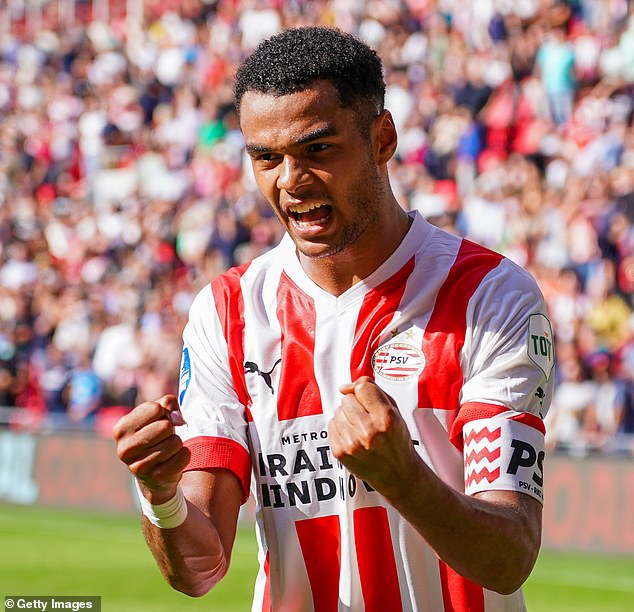 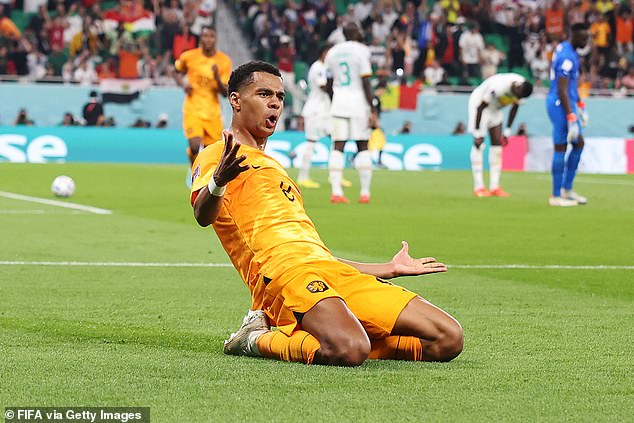 Gakpo was close to joining Leeds United in the summer but the move collapsed on deadline day and now Manchester United and Liverpool are rumoured to be interested.

Holland boss Louis van Gaal advised Gakpo against a move to the Premier League, insisting another year in the Eredivisie would provide the best environment for him to be in form ahead of the World Cup. So far, it seems that decision has paid off.

If the youngster continues to impress in Qatar, his price tag is only likely to rise. This is Gakpo’s second major tournament, after his debut at Euro 2020, but he has gone from the fringes to being a regular starter for Holland.

In an attack that includes Vincent Janssen, Steven Bergwijn, Wout Weghorst and a half-fit Memphis Depay, Gakpo is by far the most exciting option the Dutch possess.

‘In any event he is a player with a lot of talent and possibilities,’ Van Gaal said on Thursday.

‘He is young and is still evolving. He has a lot of room for improvement and he is a personality who will do everything it takes. Whether he will become the star of the World Cup, I can’t promise you that but it is possible.’ 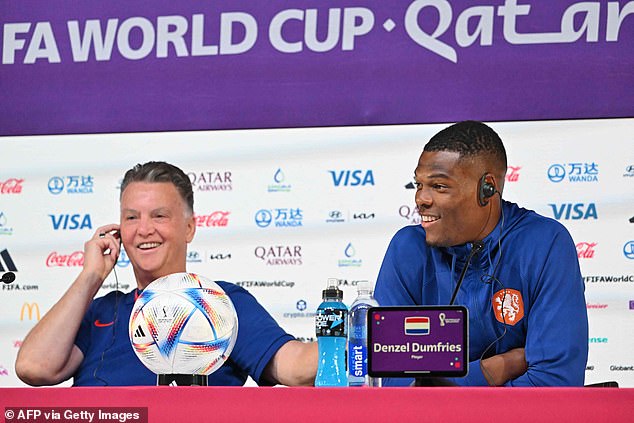 Van Gaal has opted to use Gakpo in a central role behind two strikers, whereas he normally plays on the left for PSV. Against Senegal he was deployed even deeper, before a tactical switch in the second half saw him moved further forward.

The change worked, with Gakpo getting on the end of Frenkie de Jong’s cross to head in the opening goal.

Van Gaal may have to be more bold from the start against Ecuador on Friday if he is to get the best out of his young forward.

‘Ecuador are opponents who are even more organised than Senegal,’ said Van Gaal. ‘They have players who are shrewder, cleverer players, so that will make it more difficult.’ 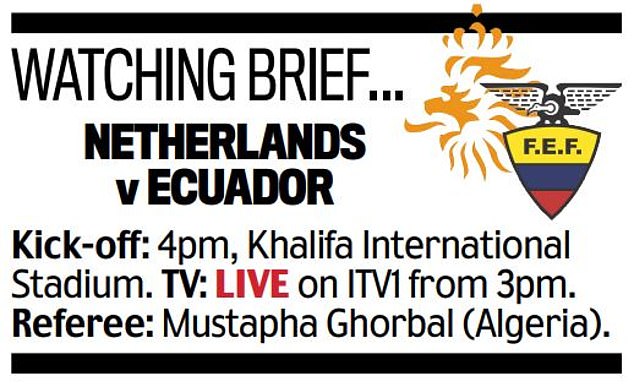 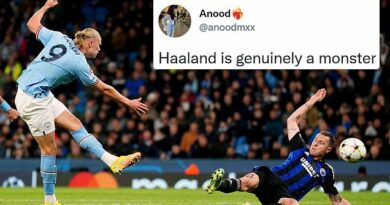 Manchester City fans drool over another masterclass by Erling Haaland

Serie A preview: Will Inter or Napoli dethrone Juventus? 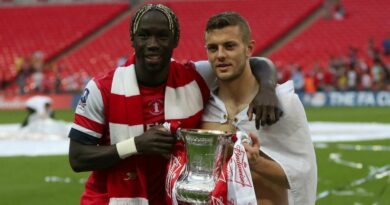