Keisuke Honda is determined to send off coach Kevin Muscat with a bang after the Japanese legend confirmed he is also leaving Melbourne Victory after Wednesday night's Asian Champions League game against Sanfrecce Hiroshima.

But he has left Australian players, especially the young ones, with a stern message about how they must leave their comfort zone if they want to succeed at the top. 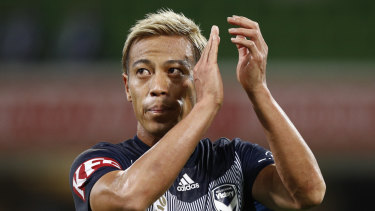 Honda, who suffered a lengthy, season-disrupting hamstring injury that reduced his impact in the league, nevertheless won plenty of plaudits for his high-level performances on the pitch.

He said that youngsters and anyone who wants to succeed at the highest level must lift their professionalism and focus and challenge themselves.

''Details are experience and how to behave as a professional, how to train every day. [To be a] soccer player is very simple, training, eating and sleeping. It's very simple, but very difficult to manage themselves every day,'' he said.

''So I always said to the young players here 'no one can make your dream come true, but only you can, that means no one can help you'.''

He wondered whether countries like Australia and his native Japan are perhaps too comfortable and the easy lifestyle available dulls the edge and appetite of even some of the most promising players.

''So Australia and a very good country like Japan [are perhaps] too comfortable, to good to leave, so maybe not a good enviroment for athletes to be hungry for success, it's not necessary to make a crazy effort.

''Young players need to think about it and they have to decide themselves what they want to achieve.''

Muscat, who epitomises someone who worked as hard as possible to get the best out of himself as a player and as a coach, sat alongside and concurred.

''He's a deep thinker and it's certainly got some merit. He's a winner, and his mindset and frame of mind is always positive, regardless of the injury, his results, he's applied himself in the right manner [during his time at Victory],'' Muscat said of Honda.

Honda is committed to learning and constant development. For that reason he will not return for one final season to the J-League even though he wants to finish his career by playing in the 2020 Olympics in Tokyo.

''I want to keep playing next year but I am not sure where I will go.

''At first I take some rest after this season and then I will decide what is the best for me and my target 2020.''

The A-League, he said, has been a valuable experience.

''I have learnt a lot of things about the culture, from Kevin, teammates and supporters.

''But when I look back at my career I have a lot of memories of not good things, bad things. I don't think it's negative. I like learning, I like studying, that's why I can make an effort for the future again.

''I will not go back to Japan for playing soccer. Japan is a very good country and I like Japan, I am Japanese, I like challenging new things, Japan is too comfortable for me. I am afraid if I stay in Japan I don't challenge myself anymore.''

Like Muscat, he is a winner, and both want to leave on a positive note following the 6-1 loss in the semi-final in Sydney.

''The last game we lost against Sydney, we can't excuse that. Maybe I always should have done more for myself but I can't go back on the past, so I will apply this experience to my future. It's important to finish well.''

It won't be an easy task.

Sanfrecce Hiroshima, Victory's opponents on Wednesday night, have already qualified for the next round of the Champions League and will present stern opposition.

''Fom my perspective it's about focusing on tomorrow night. We have a job to do and a responsiblity. Regardless [of my position] the football club will be here. I feel responsibility to do my best. That's what I want to do,'' said Muscat. 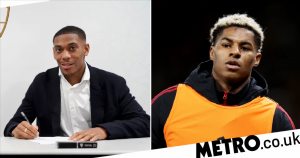 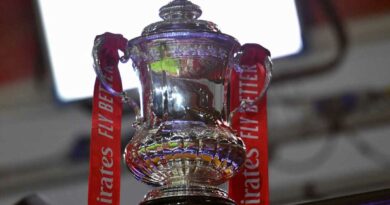