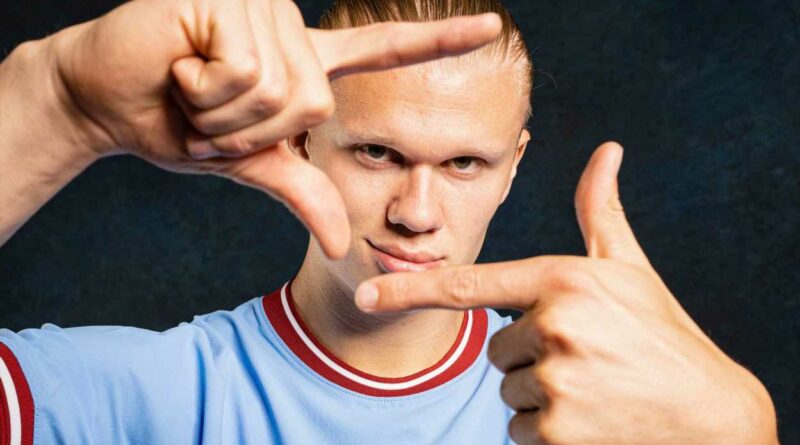 Erling Haaland is part of a rare group of elite strikers

When Manchester United realised they were going to miss out on signing Darwin Nunez, they didn’t immediately move on to their next target. They couldn’t. There are not many similar players available right now, so the current feeling is that it’s better to wait. RB Leipzig’s Christopher Nkunku will be on the market next summer, and most of football is waiting to see what Reims’ Hugo Ekitike decides.

The problem for anyone interested in either, though, is that there is going to be an awful lot of competition. That’s how precious number-nines have become.

It has already been a theme of this summer, set off by Liverpool signing Nunez and Manchester City buying Erling Haaland. Almost everyone, from City and Arsenal to Paris Saint-Germain and Barcelona, went into this window looking for a central frontman. Tottenham Hotspur are among the few clubs that didn’t because they have got a rare commodity in Harry Kane.

It gives England an advantage at this World Cup too because the landscape in international football is inevitably similar. So many top teams would like a number-nine but are having to improvise. Spain are persisting with the erratic Alvaro Morata. The Netherlands are using Wout Weghorst. Hansi Flick is considering a wild-card choice in Simon Terrode, a 34-year-old who has spent the majority of his career in Germany’s second tier. That is also where he has done most of his scoring, to get Schalke promoted.

It is a theme of the summer, then, but also a contradiction of modern football. Everyone wants a number-nine, since there’s still nothing like just being able to put the ball in the back of the net, but few of the academies are really producing them. 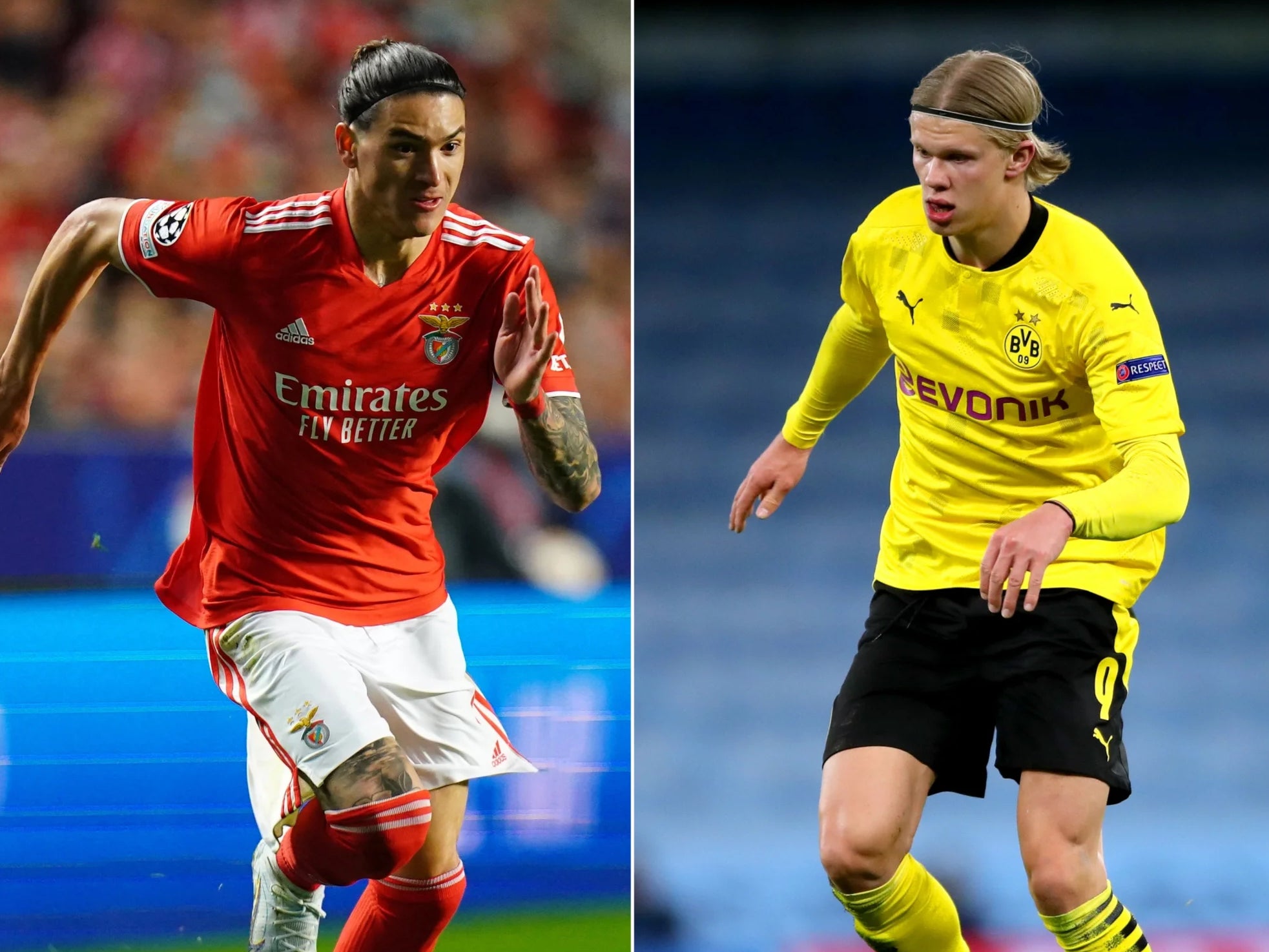 There’s an increasing argument that academies don’t know how to produce them, because of how specialised the position is. Most now come about by “natural talent” or “accident”.

“There are very few strikers in football,” one figure who works at the top of the game says, “and they’re dwindling annually.”

Even Nunez became an £85m signing after just one season of scoring in Portugal.

Many in football put it down to the “post-Pep era”. That isn’t to blame Guardiola or even say that most managers are trying to follow him in playing more midfielders. It is rather an unintended consequence of the immense influence the Catalan has had on the sport, particularly as regards possession and pressing.

It has created a coaching world, spreading well beyond Europe, where there is a conveyor belt of technically proficient players. The vast majority of youth graduates have all mastered the basics of technique and positioning, which in turn means the majority of players being produced are midfielders and – depending on athleticism – inverted wingers and full-backs.

That has had the added effect of underage games where more of the game-time is spent outside the box, the ball being circulated and rolled around.

Some liken it to “perfect laboratory conditions”, but these aren’t the conditions required to create number-nines. That is because the position remains so distinctive, arguably even more so since forwards have been asked to do more in general play.

Its most necessary attributes remain “instinct, movement and finishing” and all are more dependent on matchplay for development than any other position. Quite simply, number-nines need to be getting balls off the back of defenders, as well as getting into the box and learning how to both fashion and finish opportunities. These are aspects that aren’t as easy to hone when so much of their training and academy games involve operating as something closer to “inverted number-10s”. One Premier League manager recently complained that a young striker he really admired had absolutely no heading ability because he’d never really had to do it at youth level. 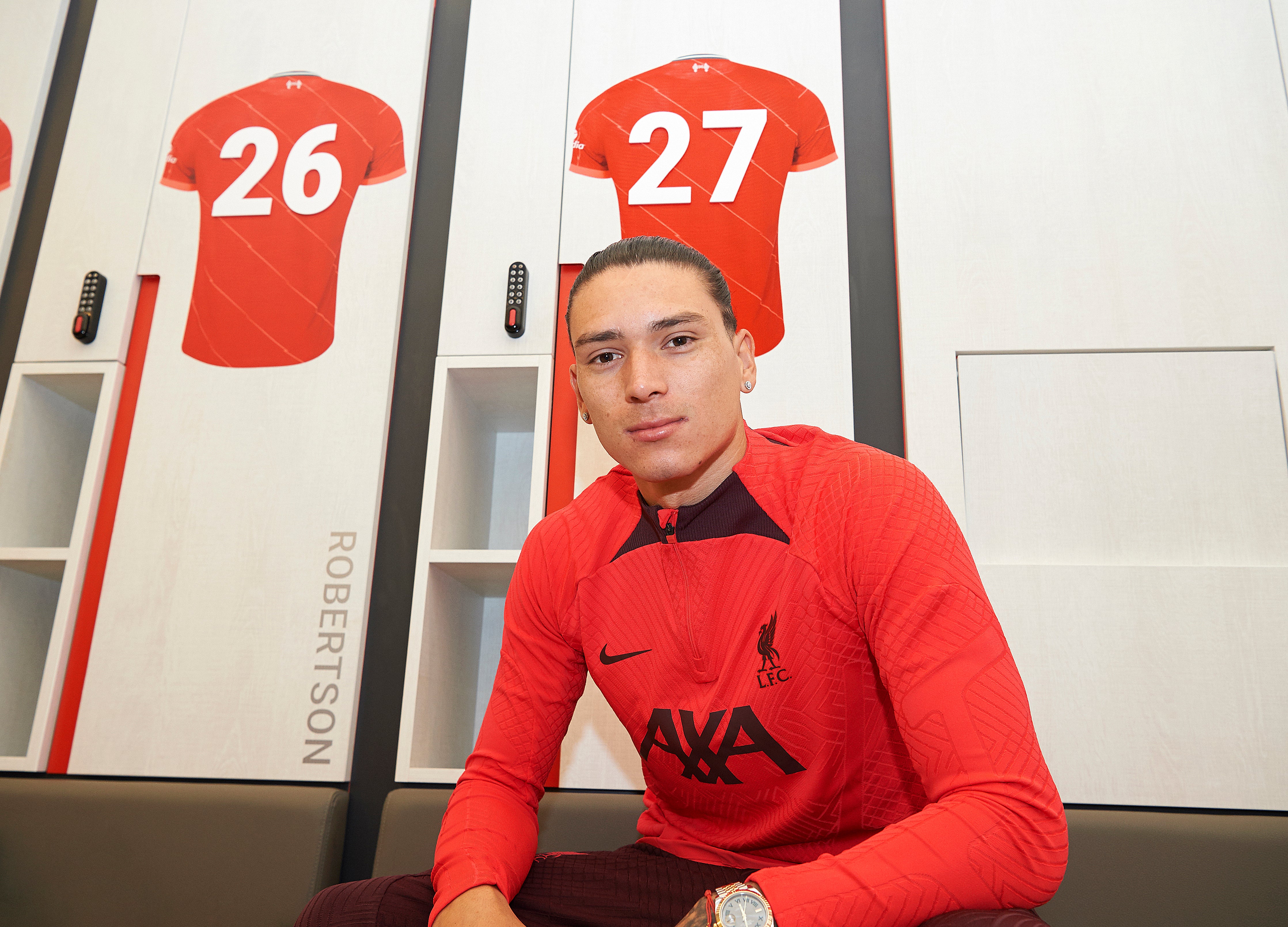 It isn’t quite a “lost art”, but it’s something that an increasing number of football figures involved in the area are wondering about and seeking to rediscover.

“Bring me a centre-forward,” is one of the most common calls in executive offices, from underage level to the first team. It’s just that they are almost dependent on those with the pure natural talent for the position to develop independently.

When academy figures talk about the next generation in England, there are only a few names standing out. Among them are Chelsea’s Ronnie Stutter, West Ham United’s Sonny Perkins, Crystal Palace’s Zach Marsh, Rangers’ Rory Wilson – who is set to go to Aston Villa – and City’s Liam Delap.

It’s still a group of only 10 or so, though, when most scouts and coaches would really want a generation of around 30-40.

It begs the question of how clubs and federations intend to solve the problem and – more deeply – how you create modern number-nines.

Norwich City recently attempted an experiment where their academy teams consistently played 4-4-2, so that there would always be two strikers on the pitch, and a minimum number would develop in each age group. It didn’t work out, though, with one of a few reasons being that nobody now plays 4-4-2. As such, it just didn’t fit.

The German federation meanwhile sent research parties to Argentina a few years ago, in order to see how they did produced some of their famously rugged number-nines. If they went more recently, though, the DfB scouts would have found frustration in the home of Gabriel Batistutam, too.

Diego Huerta, a football executive and scout whose work contributed to an Argentine title at Racing, says that even his country has started to incorporate the more homogenised elements of European football.

“We will probably only have Lautaro Martinez at the World Cup as that type of striker,” Huerta explains. “The type of education players receive now, it is excellent in terms of coaching methodology, but it lacks that element of street football.” 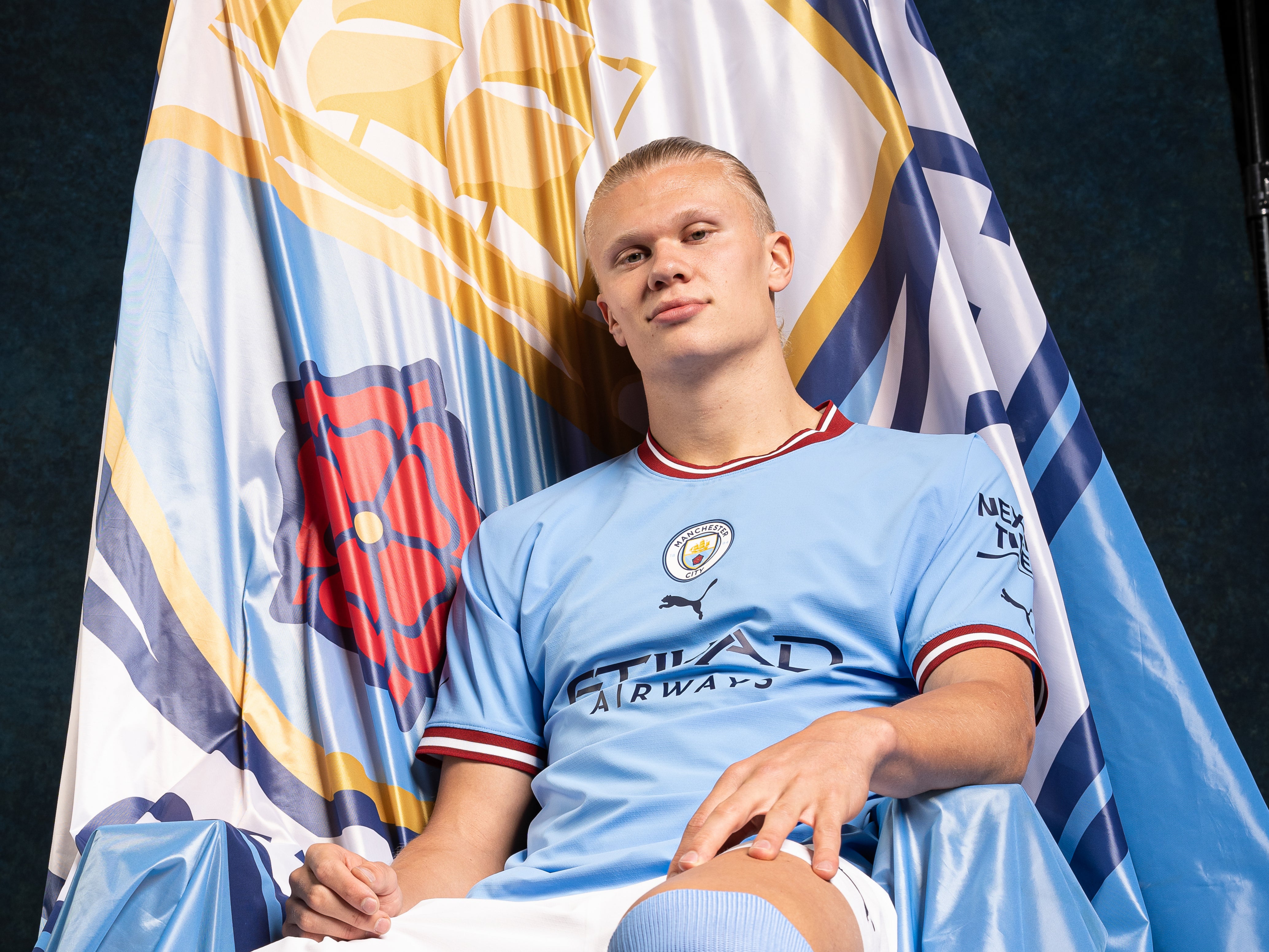 This is something that Arsene Wenger argued almost a decade ago, expressing the belief that it was only South America where young forwards were still learning to “fight” with defenders. It has now evolved even there.

It may well force budding forwards down the divisions or abroad to learn their trade, where is that bit more space. There isn’t the pressure of the big six, and there is the potential for more play higher up the pitch than in the Premier League.

As an example of that, there was excitement among some executives about the performance of Tottenham Hotspur’s Troy Parrott and Swansea City’s Michael Obafemi for Ireland against Scotland last week.

Both could end up as case studies, along with Ben Brereton and Rhian Brewster. Highly rated as youths, the Irish duo had looked like wasted talents, with both initially having to drop down to continued unfulfilling performances. Parrott has had a few underwhelming loans, Obafemi went to Swansea City. There is now an optimism that those seasons really just represented the sort of finishing schools that such forwards need – which may now hone their finishing for the longer term.

It similarly helped Ireland and the two players that their instructions were to actually get in the box, rather than run in from the wing.

That does point to two other connected elements of the position. Strikers can learn these traits – even the psychological aspects – later in their careers.

Diego Milito was Huerta’s boss at Racing, as sports manager of the club, and was one of those number-nines who only got close to a return of a goal every two games later in his career.

“He was one that only became a ‘killer’ after he was around 25 years old,” Huerta says. “I remember him saying that it was only when he worked with Marcelo Bielsa in the national team that he learned specific movements for a number-nine, that he hadn’t actually been shown until that moment. We call them contramovimientos. [Krzysztof] Piatek scored a lot of goals like this at Genoa, where the attacker goes to the back of a defender, then makes a diagonal movement in the opposite direction. It’s almost impossible to defend for the centre-back because it’s two diagonals in opposition when they must watch the ball and the attacker at the same time. Milito said it was like entering a new world for him. Bielsa did something similar with [Patrick] Bamford at Leeds United, and it comes with his video analysis. It shows how some movements can be trainable.”

Many in the game would cite similar coaching influence from Jurgen Klopp on Mohamed Salah, and Maurizio Sarri on Dries Mertens, who both surged to another level in terms of scoring. They also did a lot of that scoring by surging in off the wing.

Some of that is just a required response to how the game has developed, though, rather than a solution to the issue. It is also instructive that Klopp, of all people, is going for a number-nine like Nunez. Even Xavi, a high priest of Guardiola’s principles, is insistent on bringing in perhaps the game’s greatest number nine right now in Robert Lewandowski. And he is 34.

We may see things come full circle in a broader sense.

It is possible that this push, and this summer’s rush, will see academies respond for the future. There is a growing belief, largely spreading from Italy, that the future of the game itself is for seven of the outfield to be rotational with only three hard-fixed positions: one centre-half, one central midfielder, one centre-forward.

The history of football has also been defined by constant responses to what went before, reshaping the game anew. Forwards were initially pulled back to outfox defences. Now, with so many teams playing three at the back, managers may return to 3-5-2 – and two distinctive forwards – to give opposition sides new problems. That is already being seen in League One and the bottom end of the Championship.

For now, the view on forwards is quite clear: the general quality and numbers are going down – and the price is going up.

Arsenal vs Valencia: Why a week of Champions League miracles should impact upon Unai Emery’s game plan tonight 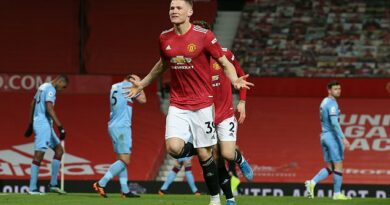