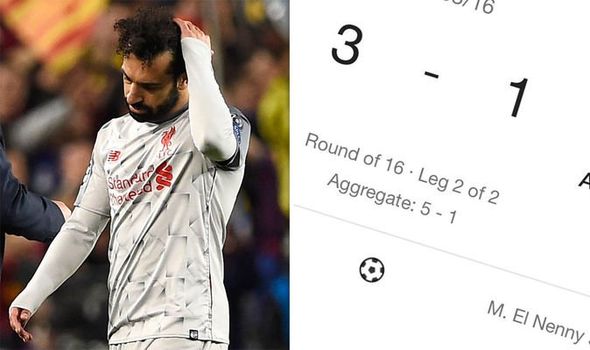 Salah was presented with an opportunity to give Liverpool a foothold in their Champions League semi-final tie moments after Lionel Messi had put Barcelona 3-0 up at the Nou Camp.

The 26-year-old forward collected the ball in the penalty area after Roberto Firmino had seen his shot cleared off the Barcelona line.

But he could only smash it against the post, to the disbelief of himself, club-mates, fans and pundits watching on.

Mo Salah was roundly criticised for the miss, which meant Liverpool will go into the second leg 3-0 down against Barcelona.

Arsenal supporters on Reddit took great delight in seeing Salah fail to score – but went about revelling in it in bizarre fashion.

An Arsenal fan posted a picture of the final score from when the Gunners faced Barcelona in the Champions League round of 16 three years ago.

And among the scorers on the night was Salah’s Egyptian compatriot, Mohamed Elneny, who remains on the books at the Emirates.

The image was accompanied by a caption of “Only alpha Egyptians score at the Nou Camp”, hailing Elneny and aiming a dig at Salah. 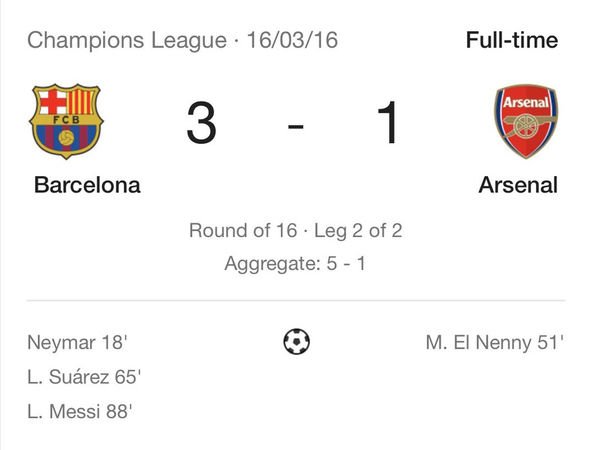 What the Arsenal fans celebrating Salah’s failure to score chose to ignore though was that Elneny’s strike came in a humiliating 5-1 aggregate defeat.

Elneny’s goal was the only one Arsenal managed to score across two legs as Messi, Luis Suarez and Neymar put them to the sword.

The tie was the last time Arsenal played a senior competitive fixture against Barcelona, against whom they have got a losing record.

In nine competitive meetings, Arsenal have won just once, with Barcelona coming out on six occasions and a draw only transpiring once. 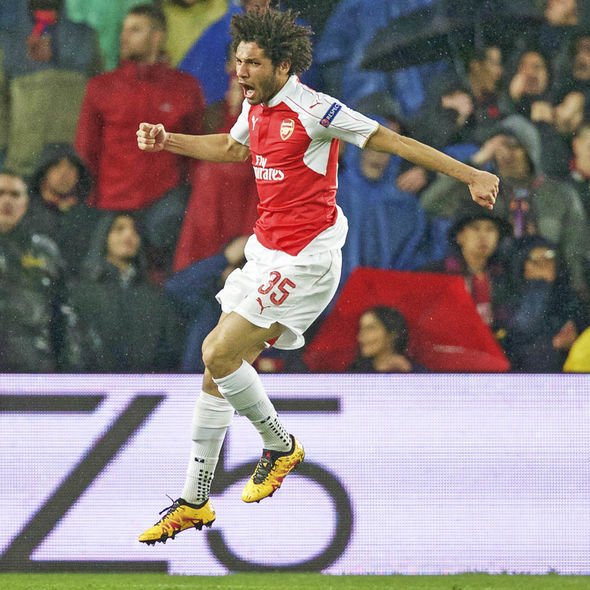 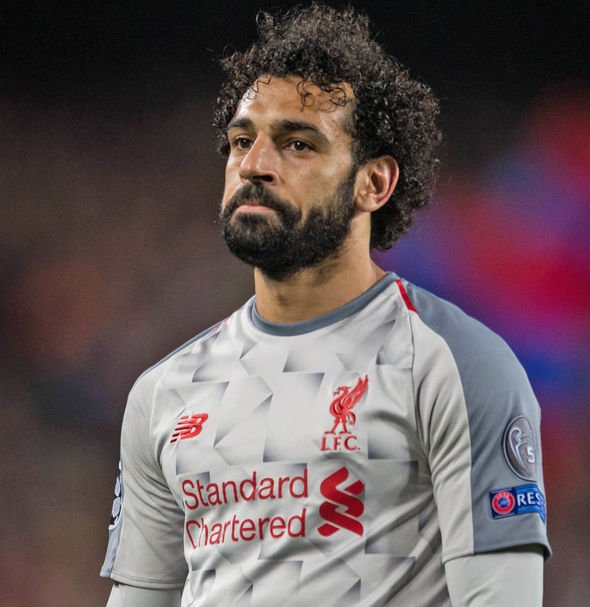 Meanwhile, Salah’s miss was picked up on by Premier League legend Alan Shearer, who thinks Liverpool will be regretting a number of squandered opportunities to score.

“Although Liverpool were beaten 3-0 last night at the Nou Camp, they will be ruing the chances they missed to get an away goal. Ultimately, that was the difference between the two teams,” Shearer told Coral.

“It’s going to be very difficult for Liverpool to turn it around at Anfield. To stop Barcelona from scoring, which is probably what they will need to do at the very least, is almost impossible. If they had an away goal it would be such a different story.

“When you look at the chances Liverpool had on the night; Salah missed an open goal, Mane squandered a sitter in the first-half and James Milner had a couple of good opportunities.” 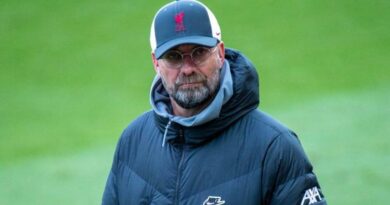 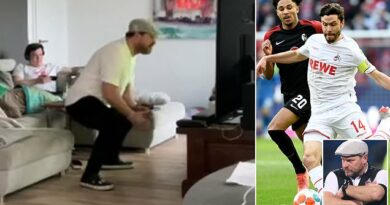