Home » How Chelsea, Man City dominated English football and why that will continue 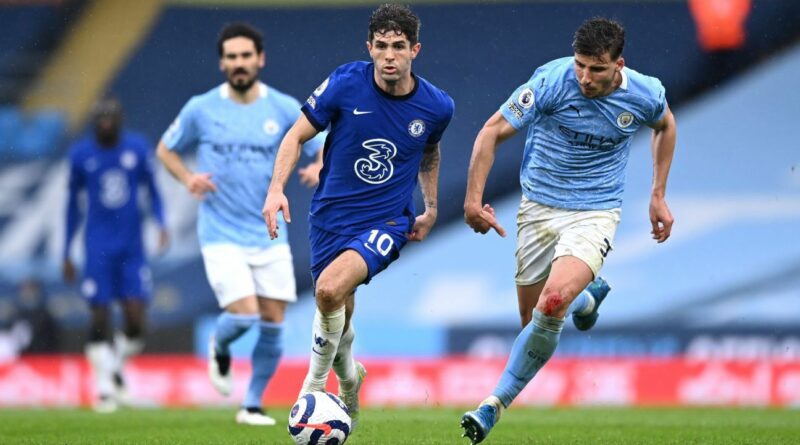 The Champions League final proves, in a sense, that money buys success. Chelsea vs. Manchester City is the team bankrolled by a Russian oligarch against the club that has been transformed by the financial might of Sheikh Mansour bin Zayed al Nahyan of Abu Dhabi. They are two clubs that have gone from being also-rans to the superpowers of English football in less than 20 years.

Thirteen of City’s 22 major honours have been won since Sheikh Mansour’s takeover in 2008, while 16 of Chelsea’s all-time haul of 26 major leagues and cups have been achieved since Roman Abramovich bought the club in 2003. Abramovich’s investment has already delivered one Champions League title at Chelsea, with the 2012 victory against Bayern Munich.

In England, despite the traditional power of Manchester United, Liverpool and Arsenal, City and Chelsea have dominated the past decade. Between them, they’ve won seven of the past 10 Premier League titles and are some distance clear of the rest in terms of trophies won during that period — City have won nine and Chelsea eight, with United (four prior to Wednesday’s Europa League final against Villarreal), Arsenal (four) and Liverpool (two) trailing in their wake.

But is it really all about the money of Abramovich and Sheikh Mansour?

Unquestionably, the two billionaires have used their financial muscle to attract some of the world’s best players to Stamford Bridge and the Etihad Stadium respectively, but other clubs have spent comparative fortunes on players and been unable to match the success enjoyed by Chelsea and City. At both clubs, investment on the pitch has been matched by similar spending behind the scenes — like recruiting the best administrators and coaches, as well as building world-class facilities for the players to hone their skills.

Money undoubtedly talks, and it is why Chelsea and City are preparing to meet in Porto to contest the Champions League final, but ESPN has gone beneath the surface to identify just why transfer spending is not the only reason why they have become the powerhouse teams of English, and maybe even European, football.

When it comes to analysing the key factors in the rise of City and Chelsea, transfer spending will always be the headline factor. The two clubs have quite simply changed the face of football with their huge investment in players.

Last summer’s $315 million (£222.5m) spending spree saw Chelsea go past the $2.8 billion (£2bn) mark in terms of player recruitment since Abramovich arrived, with $102m (£72m) signing Kai Havertz from Bayer Leverkusen setting a new club record for outlay on a single player. City, meanwhile, have spent $2.4bn (£1.7bn) in transfer fees in the 13 years since Sheikh Mansour took charge. The then-British record $46m (£32.5m) signing of Robinho from Real Madrid, on the day the takeover was completed in September 2008, was a clear statement of what was to come.

Sources have told ESPN that City embarked on a deliberate “accelerated acquisition strategy” in the early years of Sheikh Mansour’s ownership in order to close the gap on the likes of Chelsea and Manchester United. Between 2008 and 2011, City spent $421m (£297.8m) just on transfers. Despite their huge spending under Sheikh Mansour, however, City’s record signing is a relatively modest $91m (£64.3m) for Benfica defender Ruben Dias last summer.

One source has told ESPN that Chelsea and City are ‘”light-years” ahead of their Premier League rivals when it comes to developing young players through their academy systems.

Chelsea have a head start on City in this area, having prioritised this in the early years of Abramovich’s ownership, and have seen 46 academy graduates play for the first team since 2003. On Saturday, Mason Mount, Andreas Christensen, Callum Hudson-Odoi, Tammy Abraham, Reece James and Billy Gilmour could all complete the journey from academy to Champions League final if they play in Porto. City defender Nathan Ake is another product of Chelsea’s academy.

Chelsea have won the FA Youth Cup seven times since 2010 and been runners-up twice during that period. The club’s under-19 team also won the UEFA Youth League in 2015 and 2016. Neil Bath, Chelsea’s head of youth development, has been at the club since 1993.

In Manchester, City used Chelsea’s youth system as a blueprint for their own academy and are now seeing the fruits of their investment in the shape of 20-year-old Phil Foden, who, having joined the club as a four-year-old, is now the prize graduate of their youth-development programme having become a key figure in Pep Guardiola’s team this season.

Since 2008, 44 academy graduates have progressed to City’s first team and although the club has won just one FA Youth Cup in the past 10 years, they have been the losing finalists four times: three of those defeats came against Chelsea. This season, City won the Premier League U23 and U18 titles.

Both clubs have been criticised for their so-called “harvesting” approach, signing the best young global talent and then farming them out on loan to sister or partner clubs. In 2020-21, City loaned out 32 of their youngsters, while 24 of Chelsea’s young players spent time on loan away from Stamford Bridge.

City and Chelsea are regarded as employing some of the most astute and respected administrators in the game, with Abramovich and Sheikh Mansour delegating the day-to-day running of their clubs to Marina Granovskaia and Khaldoon al Mubarak respectively.

Granovskaia, a Russian-Canadian, has worked for Abramovich since starting out as his personal assistant at the Sibneft oil company in 1997. Having previously served on the Chelsea board, Granovskaia was promoted to the role of Chelsea chief executive in 2014 and is charged with overseeing transfers and the club’s commercial activity. Sources within the game have told ESPN that Granovskaia is a formidable negotiator and completely trusted by Abramovich.

At City, Al Mubarak combines his role as chairman with his position as chief executive of the Mubadala Development Company, the sovereign wealth fund of Abu Dhabi with assets of $523bn (£370bn).

Al Mubarak oversaw the hiring of former Barcelona executives Ferran Soriano and Txiki Begiristain in 2012 as chief executive and director of football, respectively, at City. Sources have told ESPN that Guardiola moved to City in 2016 to work with Soriano and Begiristain, but that his decision to sign a new contract this season was due to his admiration for Al Mubarak. Sources have said that the axis of Al Mubarak and Soriano in the City boardroom has been as crucial to their success of late as the impact of Guardiola on the team.

Chelsea’s Cobham training ground, which cost $28m (£20m) to build prior to being opened in 2007, houses all of the club’s football operations, including the men’s and women’s teams. It has 30 pitches, three with undersoil heating and six that meet Premier League standards, and additional facilities such as immersion pools and a rehabilitation centre. Having previously trained at outdated, windswept facilities close to Heathrow Airport, Chelsea’s move to Cobham was described as a “significant step forward” by Jose Mourinho during his first spell as manager.

In Manchester, the City Football Academy (CFA) at the Etihad Campus, which was built to mirror AC Milan’s world-renowned Milanello complex, cost $283m (£200m) to build before opening in 2014. The complex hosts all of City’s teams and also has a mini stadium that’s used by the club’s youth teams and women’s team. The CFA also has a self-contained first-team building that includes a fully enclosed pitch that enables Guardiola’s players to train in a wind-free environment.

Sources have told ESPN that Chelsea’s ability to compete with the Manchester clubs in the transfer market is down to the club exploiting both the investment made by Abramovich, but also the team’s status as London’s most successful club in recent times.

Both City and United have been forced to pay higher wages in the past to persuade players to move to Manchester rather than London, and Chelsea have made their position in the capital as a central plank in their recruitment strategy. In 2012, they fended off strong competition from City and United to sign Hazard from Lille, with sources saying that the prospect of living in London helped swing the deal for the Belgium international. Chelsea will also use the appeal of London in their efforts to sign Borussia Dortmund’s Erling Haaland.

City, meanwhile, point to their pursuit of excellence in all areas — their world-class training ground, the presence of Guardiola, consistent success — as crucial in terms of attracting new signings.

The future looks bright for both clubs and winning, or losing, the Champions League final is unlikely to alter the forward momentum at the Etihad and Stamford Bridge. Guardiola is committed to City until at least the end of the 2022-23 season, having extended his contract at the club earlier this term, while Thomas Tuchel could also be rewarded with a longer contract this summer after transforming Chelsea since replacing the sacked Frank Lampard as manager on an 18-month deal in January.

City midfielder Kevin De Bruyne has signed a new long-term contract in recent months, Raheem Sterling is another player expected to agree a new deal while the future is secure in young players such as Foden, Dias and Ferran Torres. Chelsea’s team is also stocked with players in their early 20s such as Havertz, Mason Mount, Christian Pulisic and Timo Werner, and they will rival City in the race to sign Haaland and Harry Kane in the forthcoming transfer windows.

With both clubs already assured of Champions League football next season under the charge of elite coaches and with the backing of supremely wealthy owners, the era of domination by Chelsea and City may be set to continue for another 10 years. 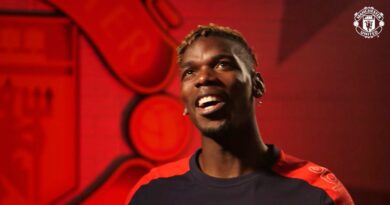