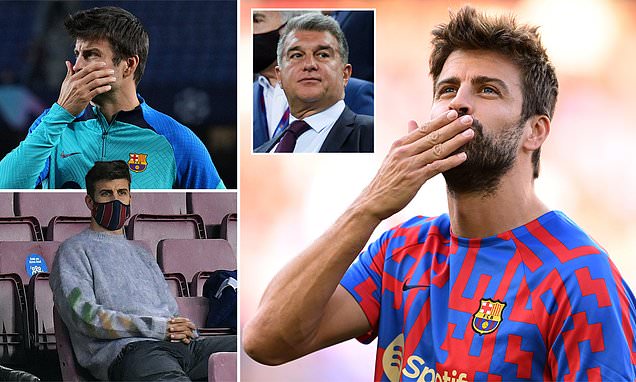 PETE JENSON: Barcelona were forcing Gerard Pique out the back door before he flipped the script and quit mid-season… president Joan Laporta fanned the flames of scandal and negativity around a club legend, but now he has a powerful political rival

Gerard Pique’s decision to quit mid-season was made up when he heard the Nou Camp whistle him for the first time in his career two weeks ago – something he put down to months of quiet campaigning by the club to damage his image among supporters.

The 35-year-old had performed badly against Inter Milan at the Nou Camp as Barcelona failed to beat the Italians and booked their ticket to the Europa League as a consequence.

And in the next game at home against Villarreal, Pique came on at minute 78 for Jules Kounde and there were whistles for the third-most decorated player in the club’s history behind Lionel Messi and Andres Iniesta. 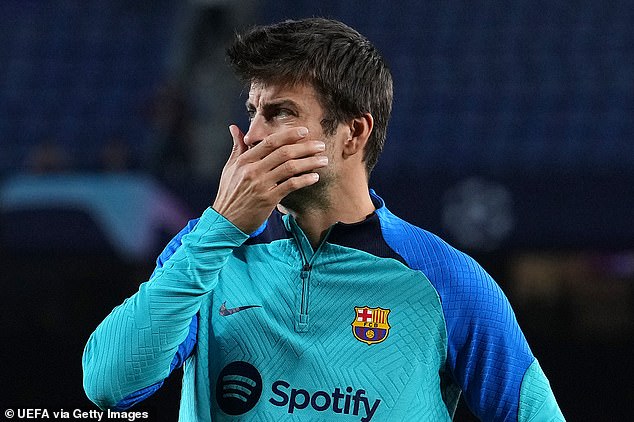 Pique believed that response from supporters was not about the Inter game but was instead the result of his high-earner status at the club being implicated in everything from Messi leaving, to the need to mortgage the future earnings to pay for this summer’s transfers.

The relationship between player and club soured post-Covid when the pandemic devastated the football tourism industry on which Barcelona’s already fragile finances depended.

Various players renegotiated their contracts accepting longer deals in return for earning less during the closed-stadiums seasons, but he wrote-off payments due instead of backdating them – something he felt he was never given proper credit for.

Pique considered leaving in the summer but believed his relationship with former team-mate Xavi would help him turn things around this season. He has been left disappointed that the coach ultimately took the club line. 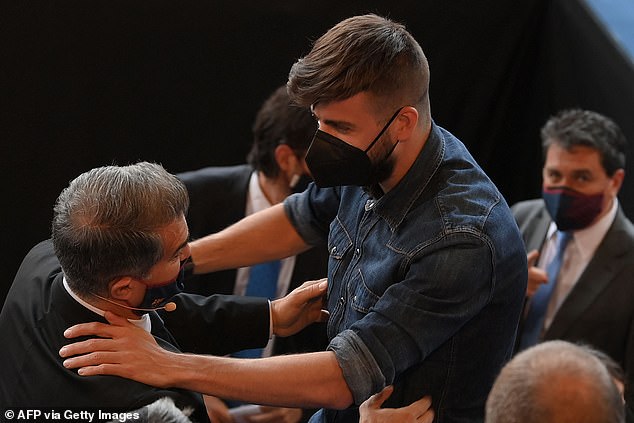 Xavi declined to elaborate on a conversation he had with Pique in the summer. ‘He’s been a friend and a team-mate but this comes to us all,’ he said in his Friday press conference. He also refused to confirm that Pique will definitely start on Saturday against Almeria.

There are suggestions his contract included a clause that meant it would only be extended year-on-year if he played 35 per cent of games in a season with appearances only counting if he played more than 45 minutes.

But that clause barely matters when a player almost never plays. He only started one game before October, and the writing was on the wall in the summer when the club brought Jules Kounde, Marcos Alonso (who has ended up playing centre-back) and Andreas Christensen. They also tried to sign Inigo Martinez who is now likely to arrive from Athletic Bilbao next summer.

Pique told Laporta: bring who you want; I’ll still end up as first choice – but that battle was impossible to win as he became the last option for Xavi until injuries left the coach with no choice. 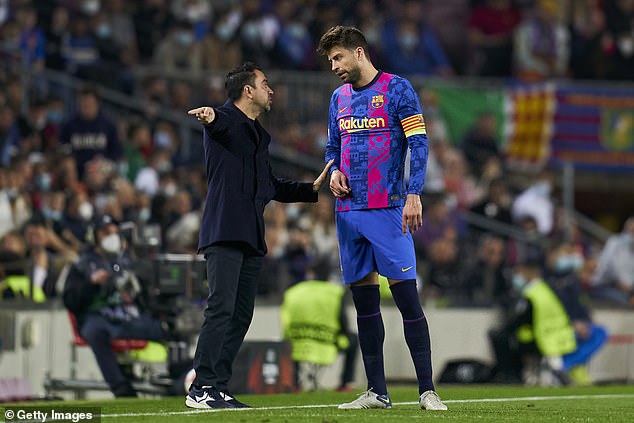 ‘People have been talking about me for a long time and I haven’t said anything,’ he said in his video. He was referencing the last two years but he could have been speaking about his entire career. He has always been in the eye of the storm – often because he was happy to be.

His penchant for poker and a fondness for visiting the casino made headlines; when he took a trip mid-season in relation to his revamping the Davis Cup it became a talking point; and more recently he was embroiled in the scandal of Spain’s football federation selling its Super Cup tournament to Saudi Arabia, because his company Kosmos earned a commission for facilitating the deal.

But it was one thing to be criticized from the outside. For as long as he felt protected by his own club and supporters the noise from elsewhere did not matter. 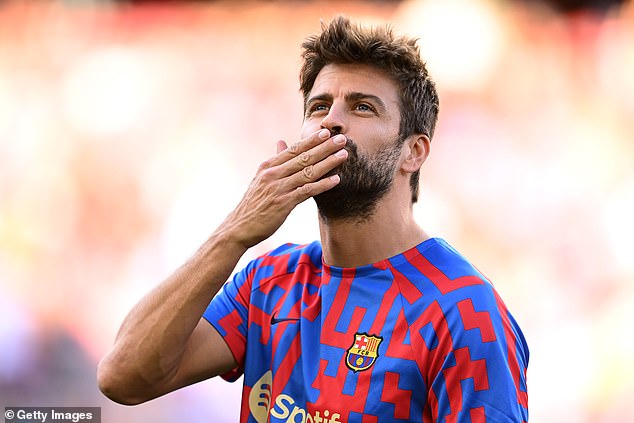 Things changed when the negativity began to come from within – first from Laporta and then from the supporters who had always idolized him in the Camp Nou.

They had loved seeing him raise five fingers when Barca beat Mourinho’s Madrid 5-0; or likening Madrid’s Alvaro Arbeloa to a training cone; or poking fun at the Cristiano Ronaldo party that triggered Madrid’s mid-season collapse in 2015 by saying at Barca’s trophy celebrations: ‘It all started with Kevin Roldan’, the DJ at Ronaldo’s festivities. Now some of those fans were against him.

It was notable that Pique’s video did not focus on the 30 trophies he has won with the club, instead it shone the spotlight on him being Barcelona through and through. ‘I didn’t want to be a footballer; I wanted to be a Barça player,’ he said against the grainy images of himself as a young fan. 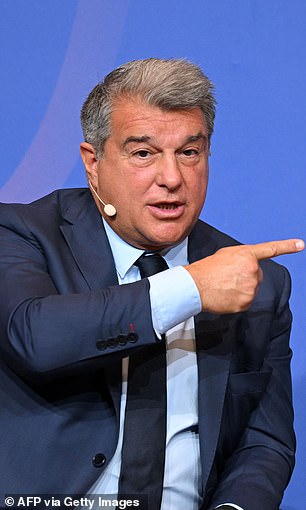 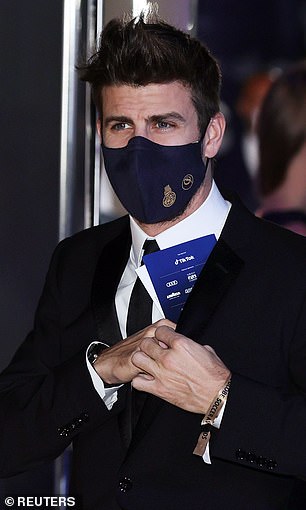 He has turned his situation around by taking control of his own departure. Barcelona were pushing him out the back door but Pique gave them the slip, walking out through the front entrance, driving home his loyalty and looking up at the president’s seat in the stadium when he says: ‘I’ll be back’.

He will make a formidable rival for Laporta from now on. The president was told five minutes before the goodbye video went viral on Thursday night about what was coming. He has a powerful figure for a political rival now who could make his job of running the club uncomfortable.

On Friday he posed for his 15th official Barcelona team photo. Some have called it his last, but that would be to rule out the distinct possibility that the next time he is in one, he will be wearing a suit. It might not be that far into the future because the next elections are in 2026, if Laporta sees out his current term. 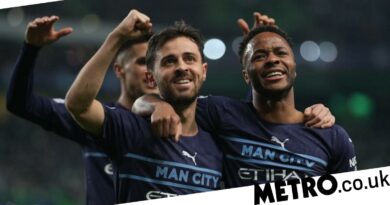