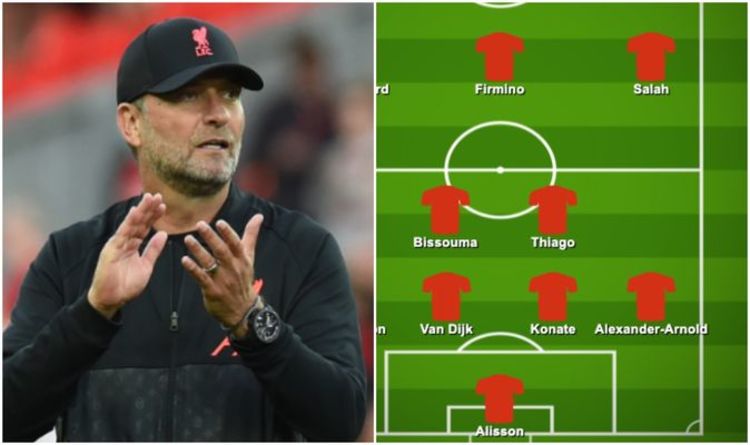 Liverpool are set for a quiet end to the summer transfer window, with sporting director Michael Edwards having the chance to end his spell at the club with a flourish. The Reds are expected to sanction a couple of outgoings, while there is still the potential a couple of players could be brought in.

The club’s inability to replace Georginio Wijnaldum – or, perhaps, their decision not to – continues to be the main talking point with the Premier League giants.

Liverpool allowed the midfielder to leave at the end of his contract this summer, and were expected to dip into the market to find a replacement.

However, centre-back Ibrahima Konate remains their only acquisition of the window so far, with just hours to go until the window slams shut.

There’s still the potential they’ll launch a late move, while they could also look to bolster their options up top.

Express Sport has taken a look at how Liverpool could line up if they complete two late moves.

After signing a new contract this summer, Alisson will continue to be Liverpool’s first-choice for the next six years.

The Brazilian is one of the best in the world in his position, and it seems highly unlikely he’ll be ousted any time soon.

Alisson remains one of the best signings Liverpool have made in recent years, and is a pillar in the Reds’ team.

Liverpool finally have their full-strength defence back after injury issues plagued their campaign last season.

The Reds strengthened their defensive options this summer by bringing in Konate, and the Frenchman is likely to feature after he finds his feet in England.

Brighton’s Yves Bissouma continues to be linked with a move to Liverpool as a possible Wijnaldum replacement.

The 25-year-old midfielder is highly rated, and has been tipped to move on from the Amex before long.

Manchester United are also interested in the star, who would likely play as one of the two in a 4-2-3-1 formation if he were to join.

With so many options, however, the likes of Fabinho and Jordan Henderson will be rotated.

Denmark international Mikel Damsgaard has been linked with a move away from Sampdoria since his heroics at Euro 2020, and Liverpool have been tipped to launch a bid.

Liverpool will lose Sadio Mane and Mohamed Salah to the African Cup of Nations early next year, and Roberto Firmino – who has never been known as a goal machine – suffered an injury against Chelsea on Saturday.

Tottenham have also been linked with the attacker, who plays on either flank. 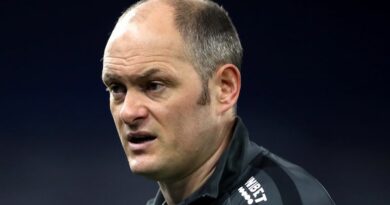