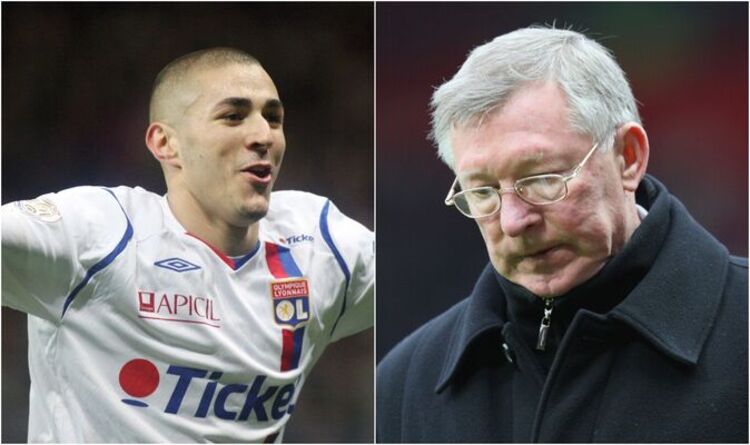 If Manchester United had known that Karim Benzema would continue to improve up until his mid-30s, they may have been tempted to shell out the extra £7million to sign him back in 2008. That is how close they came to luring in the striker who has dazzled for Real Madrid ever since, not least against Chelsea during Wednesday night’s Champions League action.

Benzema has put together a sensational campaign, saving his best for the biggest stage of all. Back-to-back hat-tricks against Paris Saint-Germain and Chelsea in the Champions League knockout stages have reinforced the notion that he is one of the most fearsome opponents in Europe. He now has 37 goals and 13 assists in just 36 games this season.

Two top-drawer headers, a savvy finish and a superb all-round performance at Stamford Bridge during Madrid’s 3-1 victory served as a reminder to the Red Devils of what might have been. His talent was evident long before then, and it has kept him up top at the Bernabeu for the past 13 seasons.

Benzema was one of the continent’s hottest properties when he rose through the ranks with Lyon, and he scored as a 20-year-old against United in the Champions League back in 2008. After the match, Rio Ferdinand claims that ‘Fergie’ tracked him down in the tunnel to let him know that he would be welcome at Old Trafford.

In light of the tough time he had keeping Benzema under wraps in Lyon, Ferdinand described him to BT Sport as a ‘beautiful footballer’, adding that Ferguson had to be ushered away from trying to lure him to United after the match.

The fact that the Frenchman has gone on to do great things with Los Blancos since signing in 2009 is enough of a kick in the teeth for the Red Devils, but Ferguson explained how close they truly came to signing him.

“We tried to spend [the Cristiano Ronaldo money] on Karim Benzema as, at 21, I felt that there would be an improvement there,” he said after the saga, “He is tough, good physique, a good goal scoring record, so it was worth going a wee bit extra for him because of his age. But when it went to £42m, it was beyond his value. We went to £35m and I think that was fair.”

Perhaps even more curious than the notion that United were put off by having to pay just £7m more is that their back-up plan was to sign Michael Owen. The former Liverpool hero, who had been ravaged by injuries at that point in his career, scored just five league goals in a troubled three-year spell at Old Trafford.

“The first time I got a call off Sir Alex, he was dead honest,” Owen told BT Sport, “He said, ‘We’re trying to sign Benzema. If we don’t get him, you’re second choice’.”

Indeed, the Red Devils may not have been able to keep hold of Benzema for long even if they had successfully pipped Madrid to his signature back in 2008. Lyon president Jean-Michel Aulas claims that the marksman confessed in a private meeting that his ‘dream’ was to play for Los Blancos despite United’s approach.

Still, United can sit and consider what might have been after 314th, 315th and 316th Real Madrid goals sunk Chelsea at Stamford Bridge.