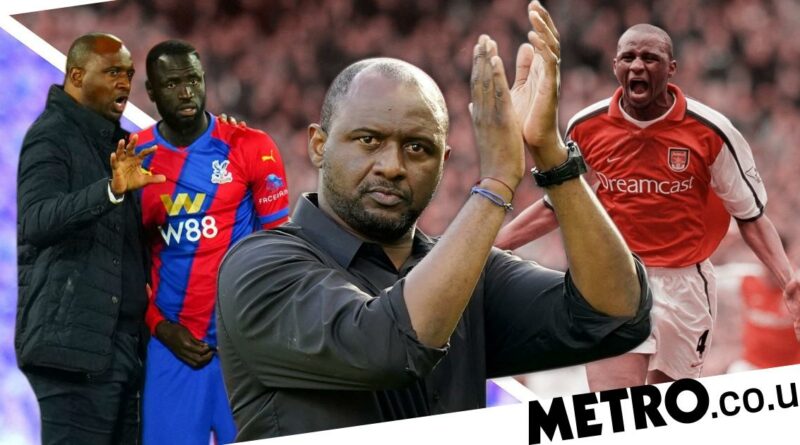 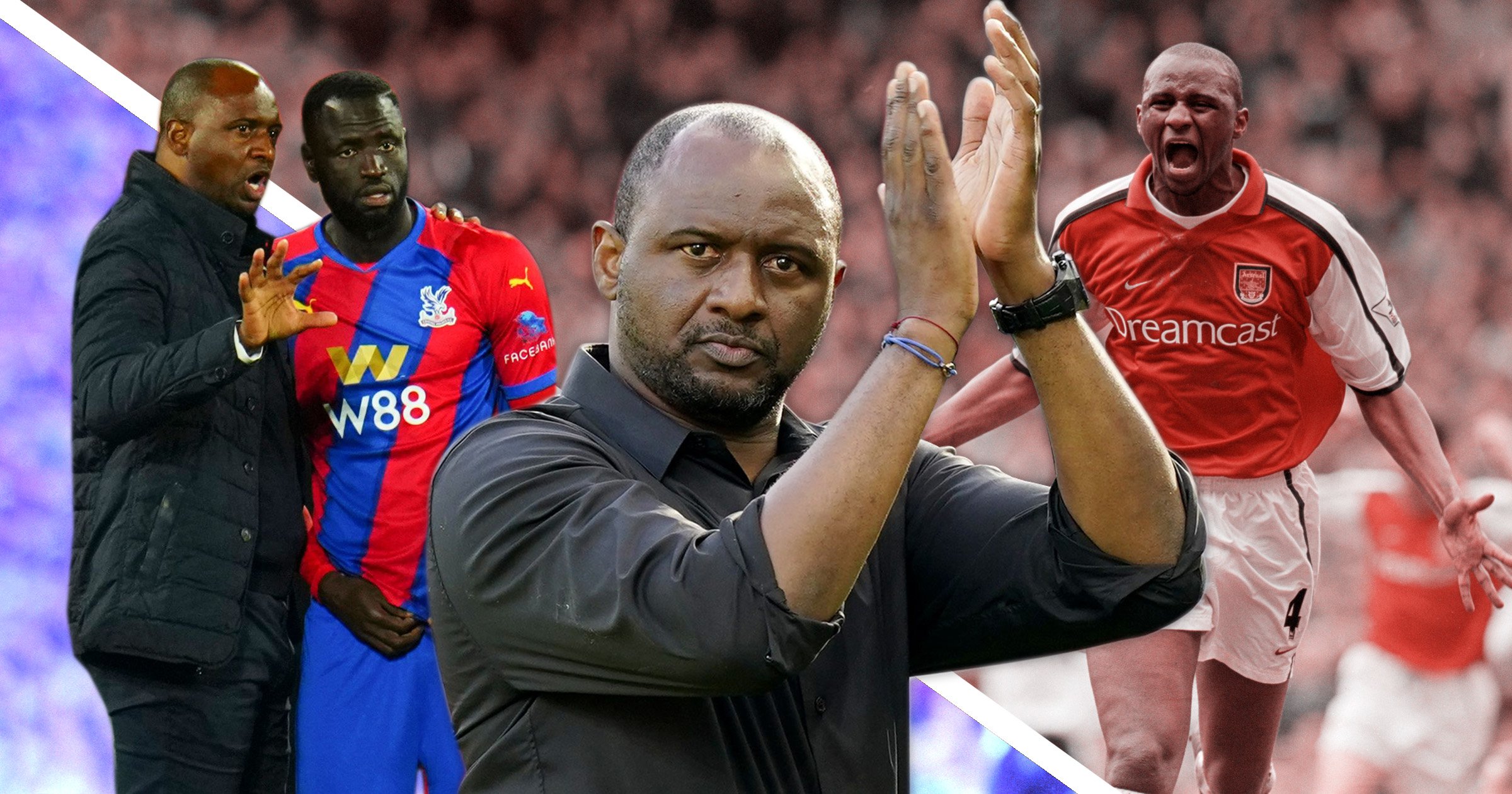 Mikel Arteta insisted there simply isn’t going to be another player quite like the ‘remarkable’ Patrick Vieira in his pre-match press conference this week.

The Arsenal boss will be hoping none of Crystal Palace’s players deliver anything like the sort of performance Vieira used to put in week-in, week-out, when the two sides meet at the Emirates Stadium on Monday night.

Vieira won four FA Cups and three league titles under Arsene Wenger during his nine-year stint in north London and was the dominant force in Arsenal’s Invincibles side.

He’s gone from commander in midfield to the dictator from the touchline, but he’s still using his experience from his successful time at Arsenal to revitalise a side that became stagnant under Roy Hodgson.

Metro.co.uk takes a look at some of the methods Vieira’s implemented since inheriting his Palace squad in the summer.

The Eagles may have only won one league game – a 3-0 victory over Tottenham for the former Gunner – but the shift in mentality is clear for all to see so far.

Palace are no longer going into games against the ‘big six’ fearing them.

While Arsenal’s winning mentality had virtually disappeared by the time Wenger left in 2018, the Frenchman’s studious demeanour saw the club reach its peak in the early 2000’s.

Having gone through an entire season unbeaten under Wenger, Vieira knows the levels required from his players to build a successful formula.

Nobody is suggesting Palace are going to pull up trees just yet but the early signs indicate the players are buying into his style of play, bringing a feel good factor back to SE25.

Palace found themselves two goals down to Leicester at home before half-time last time out despite dominating possession and being on the front foot throughout.

Sensing a change was needed, Michael Olise was subbed on for Jordan Ayew in the 51 minute and pulled a goal back just eight minutes after coming on.

Last season, Hodgson may have left it too late to take that risk, and even then the substitute may have been one defensive midfielder for another with the focus on damage limitation instead of going for it.

Wenger was not exactly a manager renowned for taking early gambles with his substitutes, often leaving it until the final 20 minutes to make changes, and so far Vieira looks keen to avoid going down that path.

Arsenal’s Invicibles side had so many areas of strength but without a midfield general in Vieira it’s hard to imagine the Gunners would have achieved as much such success as they did.

In fact, even now you can stake a claim the north London outfit side are yet to fully replace him or find a player quite like him.

If there’s one player in Palace’s team that comes remotely close to Vieira’s style of play it’s Chelsea loanee Gallagher.

The 21-year-old has become a key cog in Palace’s side and is the player Eagles fans have been crying out for.

He’s injected fresh life into the team, is the player who gets on the ball and links the defence to the attack, and is not afraid drive forwards at every opportunity.

Gallagher by no means has the physical build Vieira possessed but he’ll run from the first whistle to the last and he’s certainly not backing out of a 50/50 tackle.

Two goals and three yellow cards so far, Gallagher is the type of player who can take the game by the scruff of the neck and change things, and Vieira, and the Palace faithful, love him for it.

Wenger really did take the phrase ‘the beautiful game’ and try to implement that on the pitch with his style of free-flowing football.

Vieira is trying to do similar. He’s not got the likes of Thierry Henry and Robert Pires at his disposal but he does have a solid defence and he’s made it clear he wants to build play from the back.

If defenders are forced to send it long then midfielders are charged with the responsibility of fighting for the second ball in the tenacious manner that was one of Vieira’s trademark as a player.

Vieira’s midfielders and attackers are harrying, hassling, chasing their opponents to win the ball back. That’s different to the Hodgson era.

They aren’t Leeds-level high-intensity pressing but there’s an urgency when they get the ball, something that has been lakcing in recent seasons.

Vieira wants all his players comfortable on the ball and slowly but surely with each passing game the players are working together as a team to get the ball up the pitch, being patient but knowing when to counter-attack at the right time to hurt their opponent.

The average age of Palace’s team that finished 14th last season was 28.7, a model that was clearly not sustainable.

The Eagles cleared out some of the veterans in the summer and bought in younger players hungry to make an impact and be part of a project.

Joachim Anderson (25) and Marc Guehi (21) are the new centre-back pairing, Olise (19) and Gallagher (21) are the midfielders exciting fans, and Odsonne Edouard (23) is the man tasked with delivering the goals.

Vieira knows all too well about the importance of bringing through young talent and helping to nurture young players.

Cesc Fabregas didn’t play a single league game for the Gunners during Arsenal’s Invincibles season yet the campaign after he featured 33 times in the league and won the FA Cup.

The Spaniard even went on to eventually take Vieira’s iconic No.4 shirt when he departed for Juventus.

Vieira may not have a Fabregas in his ranks but with Palace’s academy achieving Category 1 status last summer and a continued focus on youth development in his first team, he has the desire to build a successful team for years to come.

While Arsenal fans may be sick of hearing Arteta tell them to ‘trust his process,’ Palace fans are certainly on board with Vieira’s. 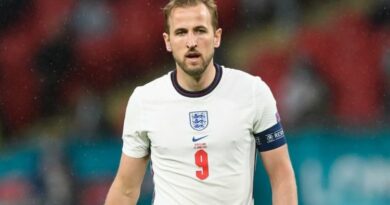 Jurgen Klopp hails the 'wonderful' return of fans to Anfield