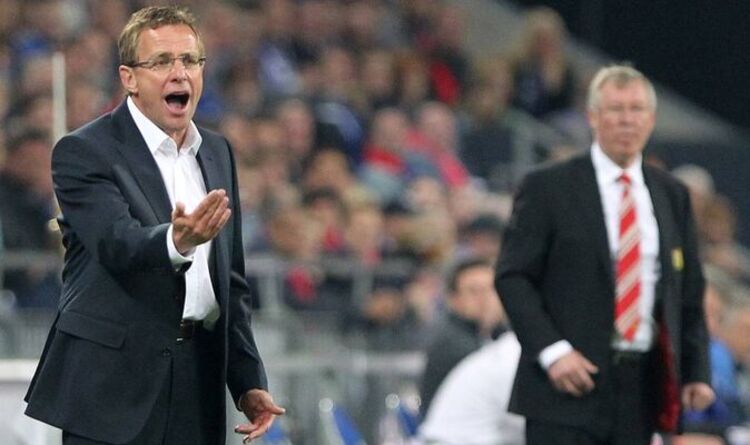 Manchester United might have fallen off their pedestal since Sir Alex Ferguson’s retirement, while Ralf Rangnick knows all about the Scotsman’s prowess. The Red Devils once trounced the German’s Schalke in a performance that Fergie hailed as one of the best displays he has seen at the club in Europe.

Old Trafford in 2011 was a very different place to the one that it is now. For one thing, it was much happier.

And they had every reason to be, Fergie was at the wheel, Premier League title No 12 was on the way and they had just reached the Champions League final in glorious style. Little would he know that his opposite number in that semi-final would be sitting in his dugout over 10 years later.

Rangnick had just returned to Schalke a few months prior to their meeting in Europe after replacing Felix Magath and began in sensational form in his second spell at the club. In stunning fashion, his Bundesliga side thrashed Champions League holders Inter Milan 7-3 on aggregate.

No mean feat at all but there would be no dream finale after meeting United in next round. This was a Schalke team chock full of future world-class stars – Manuel Neuer, Julian Draxler, Joel Matip – while led by the legendary Raul up front.

And in the red corner, some classic United names including Paul Scholes, John O’Shea and Edwin van der Sar, while United would go on to absolutely cruise past Schalke in a 6-1 aggregate result. Ferguson was over the moon, particularly with the first leg that ended 2-0 in Germany, calling it one of his very best.

“We’ve had some fantastic performances in Europe and Juventus [in 1999] will always be high on the list but this certainly ranks as one of the best,” Ferguson said. “Our concentration and the intensity of our play and the speed of our passing was outstanding. It was a really top performance and credit to the players for having the belief in themselves and the trust in one another.”

But after absolutely schooling Rangnick, there was a quip of praise for the man who would later take his job. He added: “It was a fantastic atmosphere but it never cowed them once. They kept on playing their football. They had confidence and trust in each other. I think we are coming to a peak.”

A second drubbing would follow at Old Trafford where Antonio Valencia, Darren Gibson and an Anderson brace would leave Schalke returning to Gelsenkirchen utterly gazumped. As for United, Lionel Messi would go on to put on a masterclass to lead Pep Guardiola’s Barcelona to victory.

It might have been hard to imagine for United fans in 2011 but there have not been many better moments than that season with Fergie’s cherrypicked replacement David Moyes kickstarting almost a decade of failure. Louis van Gaal, Jose Mourinho and Ole Gunnar Solskjaer would follow in the footsteps all to fall short and Rangnick is now in the hotseat – until the end of the season at least.

After that, the German coach will follow Fergie once more – moving into a consultancy role upstairs. They might even reminisce about that Champions League tie.

England vs Holland: VAR to be used in Nations League finals this week, says Uefa 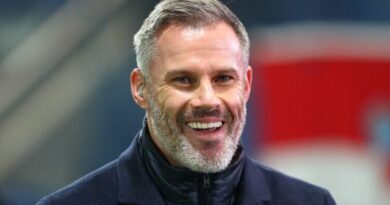