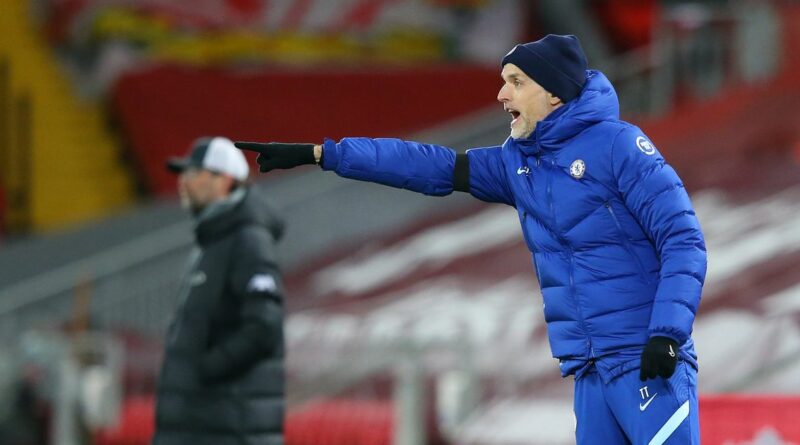 Ralf Rangnick was confirmed as Manchester United's new interim manager earlier this week after Ole Gunnar Solskjaer was sacked a fortnight ago.

The German arrives in the Premier League with a reputation as one of the greatest German coaches in recent memory.

Rangnick has already been assured of a two-year consultancy role and is expected to have a big say on who will be United's next permanent manager.

But how will he get on before then in the United dugout during his short stint in charge?

Jurgen Klopp has already cemented his place in Liverpool folklore following his arrival on Merseyside back in 2015.

After overhauling a woeful playing squad in his first couple of years, Klopp guided the Reds to Champions League glory in 2019 before following it up with the Premier League crown the following year.

Klopp's brand of intense, 'heavy metal football' has revolutionised the English game and earned him adulation around Europe.

Klopp was the first German boss to win the Premier League title – and remains the most successful one to date.

How do you think Rangnick will get on at Man Utd? Let us know in the comments section.

Despite managing on these shores for less than a year, Thomas Tuchel has already established himself as one of the Premier League's finest managers.

Tuchel was drafted in by Chelsea supremo Roman Abramovich to build on the work done by Frank Lampard earlier this year and the German has duly delivered.

He guided the Blues to their second Champions League title back in May and his side are currently top of the pile in the Premier League as we head into a festive feast of football.

If Tuchel can keep Chelsea in that top spot and follow up European glory with a Premier League title in May, then he'll cement his spot as one of Germany's finest.

Unfortunately for Norwich City, Daniel Farke's two spells in the Premier League were both absolute disasters.

Farke steered the Canaries to two promotions in three years but has flopped on both occasions that he's been at the helm in the top flight.

Despite managing 49 games in the top flight, Farke has only overseen six wins – making it truly staggering for him to have lasted as long as he did at Carrow Road.

Farke may have mastered the Championship, but his wretched record means he'll go down as one of the worst managers ever in the Premier League.

Felix Magath remains one of the most bizarre appointments in Premier League history after an abysmal spell at Fulham.

Magath had won titles with Bayern Munich and Wolfsburg in Germany but flopped on British soil.

Fulham appointed Magath on Valentines' Day 2014 with the remit of keeping them in the Premier League – but the romance between the Londoners and Magath didn't last very long.

Fulham were relegated just 12 games into Magath's reign – with the veteran boss winning just three of those.

It was of little surprise to anyone when Magath, who made headlines during his short, ill-fated stint by advising injured Fulham captain Brede Hangeland to treat a thigh injury with cheese, was given the boot just a month into the Championship season.

When it comes to Premier League flops, then former Huddersfield Town boss Jan Siewert is right up there.

The German was appointed as the successor to the charismatic David Wagner after the man who famously led them to the Premier League elected to step away in the Terriers' second season as a top-flight club.

If appointing Wagner was one of the shrewdest moves Huddersfield have ever made, then replacing him with Siewert is probably one of the worst.

Siewert's horrific record of just one win from the 15 Premier League games he oversaw as Huddersfield boss almost makes Magath seem like a tactical genius.

Huddersfield were, unsurprisingly, relegated and Siewert was sacked just a handful of games into the Championship season.

The German won just once in 19 games in Yorkshire – making him comfortably one of the worst managerial appointments ever.