Home » Soccer » How the U.S. respond to Wales draw will determine their World Cup fate 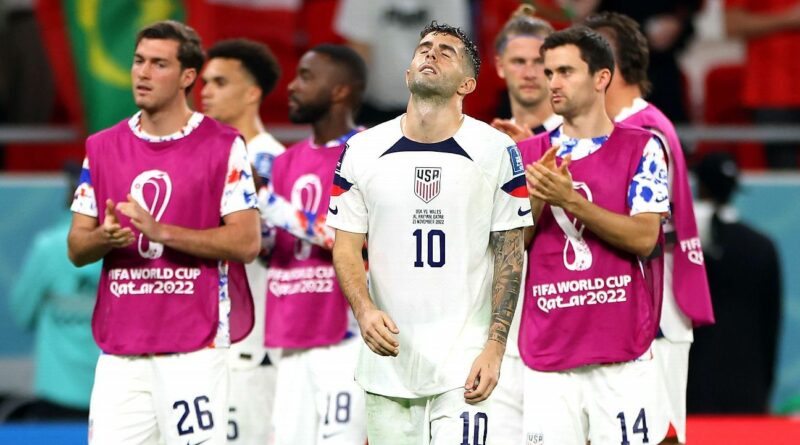 Sam Borden is a senior writer for ESPN.com.

Everything the U.S. wanted to do against Wales had worked. All the work they had done to break down the Welsh block, all the effort they’d put into containing Gareth Bale and the Wales attack — all of it had had set things up perfectly. The scenario was what they’d craved: three points here, get through the England game and a good performance against Iran sends you into the knockout round.

It was all right there for the U.S. Until, suddenly, it wasn’t.

To be clear: USA 1, Wales 1 is no disaster. No tragedy. As Tim Weah rightly said, “In a World Cup, the most important thing is that we didn’t lose.” But what happened to the U.S. on Monday night brought to mind that old Mike Tyson line, the one he famously said in response to a question about whether he was worried about the plan Evander Holyfield might have for him in their upcoming boxing match.

“Everyone has a plan,” Tyson said, “until they get punched in the mouth.”

So consider the U.S. punched.

Their plans, and those of the most optimistic U.S. fans, absolutely took a hit Monday. It will almost surely take four points to get out of Group B, and barring a surprise win over England, the U.S. now face the prospect of a must-win match with Iran to close pool play.

Is that doable? Of course, especially if the U.S. are able to play the way they did in the first half against the Welsh. For nearly an hour, the Americans showed poise and presence that belied their collective inexperience. Antonee Robinson and Christian Pulisic were on fire on the left side. Tyler Adams checked back. Weah and Sergino Dest moved up and down on the right flank. Josh Sargent’s sharp header flashed off the post.

The U.S. goal, too, was idyllic. Walker Zimmerman’s pass started the movement, and Pulisic’s run — one of the few U.S. trips through the middle of the field — ripped Wales open. His rolling ball through to Weah was inch-perfect, and the latter’s finish was a no-doubter, with the Lille man turning to his left and taking off on a celebratory slide. The U.S. seemed in control. Wales were listing.

But then came the stumble. At half-time, Gregg Berhalter had implored the U.S. to keep going. To not stop pushing. To be prepared for the inevitable flailing Wales were sure to throw their way.

It was. And, for the most part, they dealt with it well.

Wales ascended behind the introduction of Kieffer Moore, and the U.S. — intentionally or not — fell too far back behind the ball. When Bale finally got on the ball in the penalty area with 10 minutes to go and Zimmerman made an ill-fated lunge through his back, Wales saw a sliver of an opening and barged through it.

“We talked about it before the game — every play matters,” Berhalter said. “Every single play can have an outcome on the game.”

This one certainly did. Matt Turner — who had so little to do in the first half there were memes circulating on the internet that showed him sipping tea in his penalty area — correctly dove to his left, but Bale’s penalty was a comet. The ball rippled the net, Turner slapped his hands on the ground in frustration and, near the halfway line, Pulisic and Weah — the would-be heroes — stared blankly back at the Welsh fans dancing behind the goal.

This U.S. team is young. Everyone on the roster, save for DeAndre Yedlin, has now been involved in exactly one World Cup game. The vast majority of this team has never been in any situation even remotely like this one.

Earlier this week, Adams, the team’s captain, said that “pressure is a privilege.” After Monday, the pressure goes up even more. The U.S. team had grand designs on turning their bevy of precocious talents into a surprising run. They played the first half against Wales just as they wanted, and everything was going to plan.

Then they got punched in the mouth. Now the only question that matters is this: How do they respond?