It's Paris Saint-Germain versus Bayern Munich in the showpiece of the European football calendar on Sunday night.

The French champions reached their first Champions League final on Tuesday, knocking out Bundesliga club RB Leipzig with a 3-0 victory.

Meanwhile, Bayern have the record books in their sights too, with a treble on the cards after their Bundesliga and German Cup triumphs this season.

The Bavarian giants progressed to the final after commanding knock-out stage victories over Chelsea and Barcelona were followed up by a 3-0 win over Lyon on Wednesday.

Here is all the information you need ahead of the match, including how to tune in for free.

When and where is the match?

The Champions League final is set to kick-off at 8pm BST.

The fixture was meant to be played at the scene of Liverpool's infamous comeback against AC Milan in 2005: the Ataturk Olympic Stadium in Istanbul.

But changes to the Champions League schedule and format led to a new-look, compact tournament in which all games from the quarter-final stage onwards have been played in Lisbon, the Portuguese capital, at either Benfica or Sporting's stadiums.

And the Champions League final will be played at Benfica's Estadio da Luz.

Where can I watch it for free?

Who will you be supporting in the Champions League final and why? Have your say here!

The rights to show the Europa League and Champions League in the UK are held exclusively by BT Sport. The match will be aired for subscribers on BT Sport 1HD and BT Sport Ultimate, with coverage beginning at 7pm.

But non-subscribers can also watch thanks to BT Sport also showing the match for free on their YouTube channel.

The broadcaster have done this for each Champions League final since 2015, with viewing figures usually in the millions.

PSG boss Thomas Tuchel welcome Kylian Mbappe back to his starting XI after the France star was only fit enough to make the bench against Atalanta due to a recent ankle injury.

Elsewhere, the only other concern is left-back Layvin Kurzawa, who is struggling for fitness after a thigh problem.

Meanwhile, Bayern have had a clean bill of health in recent weeks. But centre-backs Jerome Boateng and Niklas Sule may give Hansi Flick something to think about ahead of the final.

Boateng only played the first 45 minutes against Lyon, while Sule appeared to struggle at times and is still returning to full fitness after a long spell out with an ACL injury. 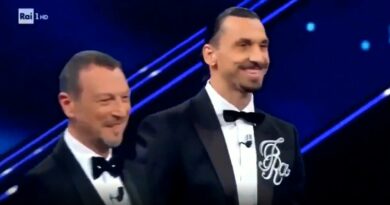