Tottenham are reportedly prepared to pay just over £25million to sign Gareth Bale in the January transfer window. Bale has long been linked with a return to Tottenham ever since leaving to join Real Madrid in 2013.

Despite helping Real to win four Champions League titles, Bale has struggled to win over the fans at the Bernabeu.

He has become a target for frustrated Real supporters when things are not going well with his injuries a main source of irritation.

Speculation over his future appeared to come to a head last summer with Zinedine Zidane making it clear he wanted the winger sold.

It looked as though Bale would be heading to the Chinese Super League in a mega-money transfer, but surprisingly Florentino Perez blocked the move.

JUST IN: Tottenham stars have Jose Mourinho fear as squad frustrated with boss 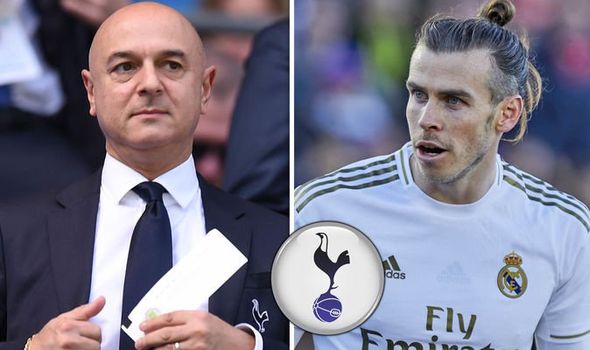 Tottenham though have apparently reignited their interested in signing the Wales international with Daniel Levy reportedly meeting with the Real president about a potential transfer.

“Tottenham is willing to reach 30 million [Euros] for Bale,” he said on El Chiringuito TV.

The problem for Tottenham though could well be Bale’s high wages, with the 30-year-old earning a reported £350,000-a-week at Real.

Bale would seemingly be a top choice for Jose Mourinho though as he has previously indicated his interest in signing the former Tottenham star.

While still manager of Manchester United, Mourinho made it clear he wanted to sign the attacker but he conceded defeat over a potential move.

Tottenham however are in desperate need for more options up front with Kane out of action until April at the earliest. 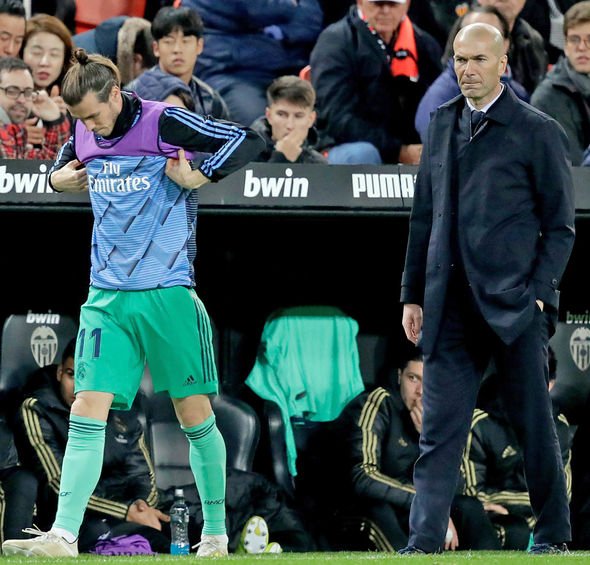 But Mourinho has said the club won’t be forced into making any panic buys in the January window.

“So I don’t speak about other players from other clubs, about things that can happen or not happen because that’s not me and that’s not the way Tottenham operate too.

“But we are trying to see if any good opportunities arise.”