It was only their second goal in 1,000 minutes of league football, and was handed to them on a plate, but Norwich could not have cared less.

Let’s face it, when you have been on a 10-game losing streak, it really doesn’t matter how they come.

For the record, it was Huddersfield defender Richard Stearman who gift-wrapped their visit to another former Premier League club with three points, under-hitting a back-pass that was seized upon by Teemu Pukki and squared for Adam Idah to guide into an exposed net 10 minutes from the end of an opening-day Championship contest struggling to get out of pre-season mode. 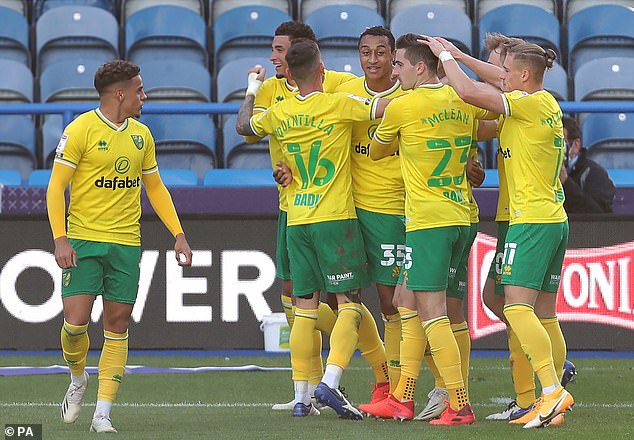 Stearman was arguably still groggy, having only just returned from lengthy treatment following a stray elbow in an aerial challenge with Todd Cantwell that might have resulted in a red rather than yellow card with the use of VAR.

Carlos Corberan, Huddersfield’s new coach, clearly thought so, as he hauled his veteran defender off immediately, with the celebrations from the away side yet to subside.

Until that point this had looked every inch a stalemate between two clubs starting afresh.

Norwich did not merely slip through the top-flight’s trap door last season, they ram-raided it, and came into this match devoid of confidence and with just a goal from Emiliano Buendia at Watford to show for their efforts since a 1-0 win over Leicester in February.

With the Argentine schemer Buendia suspended, and potentially destined for a move elsewhere before the transfer window shuts, Daniel Farke has drafted in other creative options. 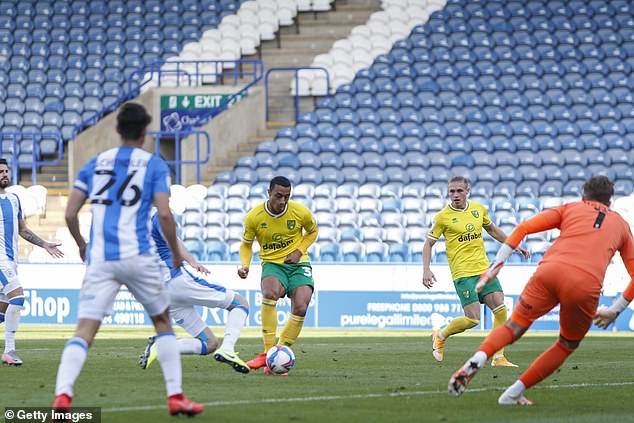 But he did field eight of the XI that were hammered 5-0 by Manchester City on the final day of last season against a team in arguably greater transition under one of the division’s new coaches in Corberan, formerly right-hand man to Marcelo Bielsa at Leeds and taking a number one role at the age of 37.

Huddersfield’s last game here saw them preserve their Championship status with a win over West Brom.

The performance that evening was based on hard graft and endeavour, with then manager Danny Cowley promising that the template of Huddersfield players playing for their shirts was one for the club going forward following his relegation rescue act.

The club’s hierarchy had a different vision, however, and under their Spanish visionary they are devoted to a possession-based game.

They did not boss the ball against Farke’s team but were much deliberate in their use of it and could have had a half-time lead had debutant Pipa, a marauding right-back signed from Espanyol this week, picked out a team-mate on the half-hour when a one-two with Juninho Bacuna took him through the Norwich defence and to the by-line. 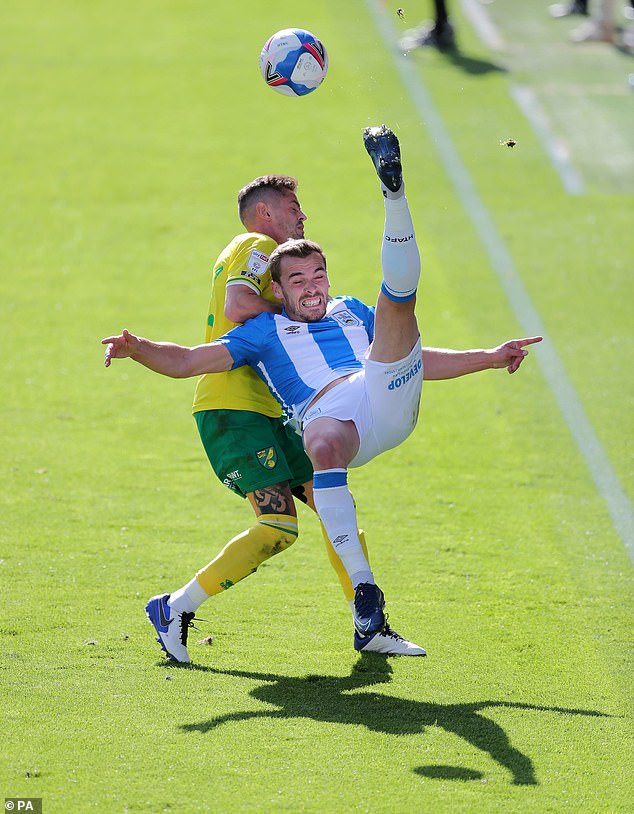 Other than the most speculative of efforts that flew into the stand from a wild swing of Adama Diakhaby’s boot within the first 30 seconds, that was the only offensive moment of note for a team bedding in its new identity until Josh Koroma fired wide after nicking into space halfway through the second period.

Not that Norwich were any sharper in attack: their only on-target effort of the opening period came when Onel Hernandez took the long route around the Huddersfield backline, surging from left to right before unleashing a shot that goalkeeper Ben Hamer clutched in his midriff.

Too often, Todd Cantwell and new signing Kieran Dowell appeared to want to occupy the same territory in the opening 45 minutes.

Greater fluency marked their play after the interval, however, and they came closest to that elusive goal during a purple patch five minutes in.

Hernandez wriggled free in the area and forced Hamer into a mistake, as the ball squirmed out of his grasp low down. Teemu Pukki could not convert the rebound but from a corner awarded erroneously, Norwich were furious at being denied a penalty.

After Huddersfield only half-cleared, Max Aarons’ surge was crudely halted by Christoph Schindler but referee Geoff Eltringham remained unmoved amongst a posse of protestors.

At that point, it looked like they were to be denied a winning start to their Championship return – only for Stearman’s blip to get their campaign off to the perfect start. 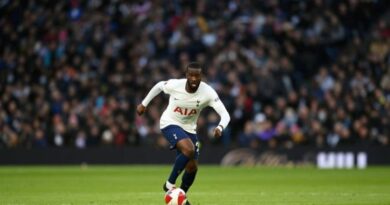