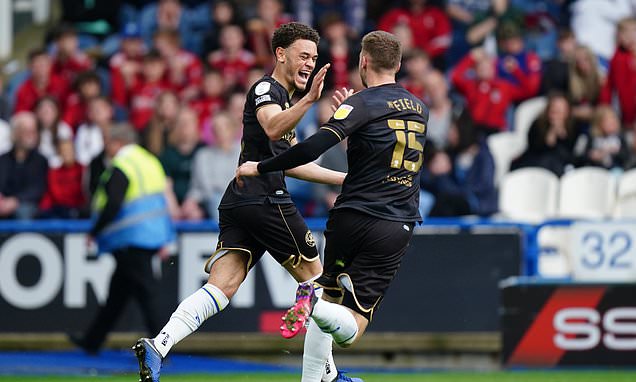 Huddersfield 2-2 QPR: Ilias Chair and Luke Amos salvage a point and end losing streak for Mark Warburton’s side… as the Terriers fail to close gap on automatic promotion rivals

Huddersfield missed the chance to cut the gap on second-placed Bournemouth after being held to a 2-2 draw by QPR.

The promotion-chasing Terriers twice held the lead before being pegged back by an impressive Rangers side.

Town got off to the perfect start when Yoann Barbet turned into his own net, before Luke Amos levelled just before half-time. 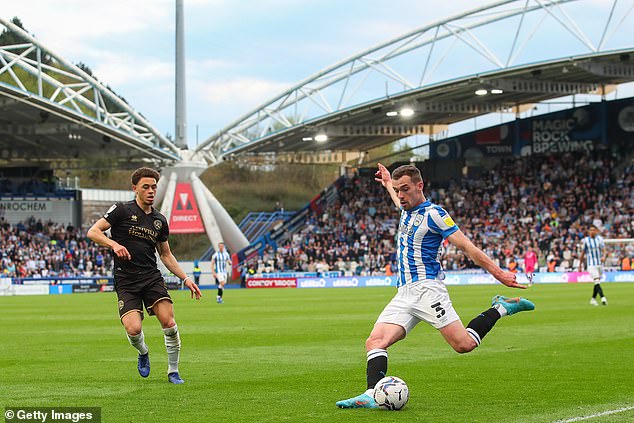 Harry Toffolo restored the home side’s advantage with a powerful header but the game turned when Sam McCallum cleared a shot off his own line before Sam Field equalised seconds later.

It leaves the Yorkshiremen four points behind Bournemouth and having played two games more.

Barbet turned the ball into his own net to give Huddersfield a sixth-minute lead after failing to keep out a Jonathan Hogg header.

Field was off target with a volley from the edge of the box for the visitors on 11 minutes. 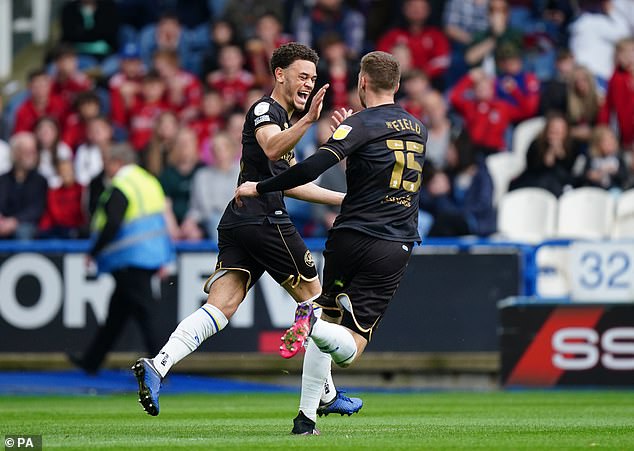 Lee Nicholls received a let-off after he fumbled Ilias Chair’s cross before the loose ball was scrambled to safety.

Sorba Thomas was inches away from doubling Huddersfield’s lead on 33 minutes after a loose ball fell kindly.

Field failed to find the target with a header after he evaded his marker from a free-kick five minutes later.

But the visitors drew level two minutes before the break when Amos slotted home a perfect cross from McCallum.

Ward – Huddersfield’s top scorer – was replaced at half-time by Duane Holmes in a blow for the hosts. 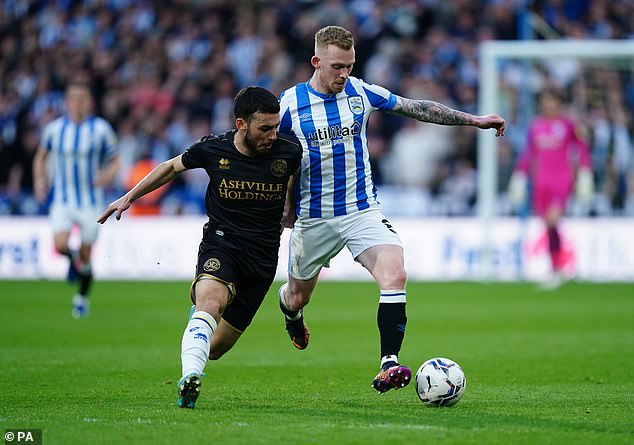 QPR enjoyed the better of a scrappy start to the second half.

But their possession counted for little when Toffolo put Huddersfield in front after powerfully heading home Ollie Turton’s cross.

McCallum did brilliantly to clear a Danel Sinani shot off the line three minutes later.

It proved to be crucial when Field levelled for Rangers with the aid of a deflection after the home side failed to deal with a cross. 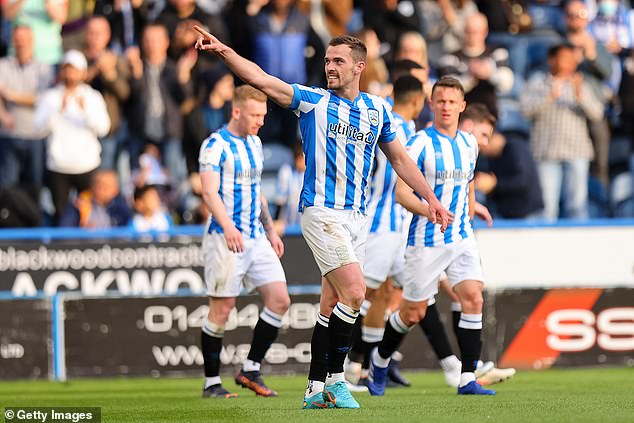 Lewis O’Brien went into the notebook for a reckless tackle on Barbet, before Holmes followed for halting a QPR break.

Amos headed just wide with five minutes to left as the visitors looked most likely to get a winner.

Sorba Thomas was booked for dissent and Austin for a push on Toffolo in injury time.