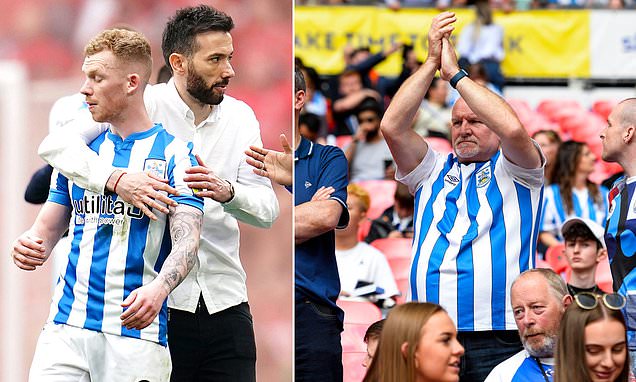 Huddersfield Town manager Carlos Corberan surprised supporters when he mixed with them on their way home from last week’s Championship play-off final defeat.

The 39-year old was on the train back to Leeds from London with his players on Monday following their 1-0 loss to Nottingham Forest but rather than hide away in first class, Corberan sat in standard and walked through the train to talk with and console disappointed Huddersfield fans.

He posed for photographs, signed autographs and even helped families offload their luggage and pushchairs when they were getting off at Leeds station. 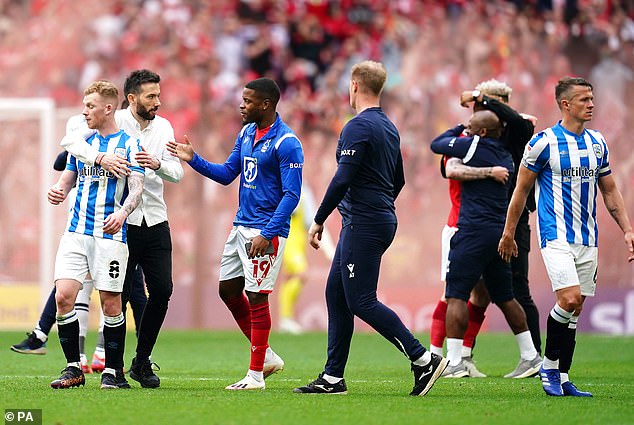 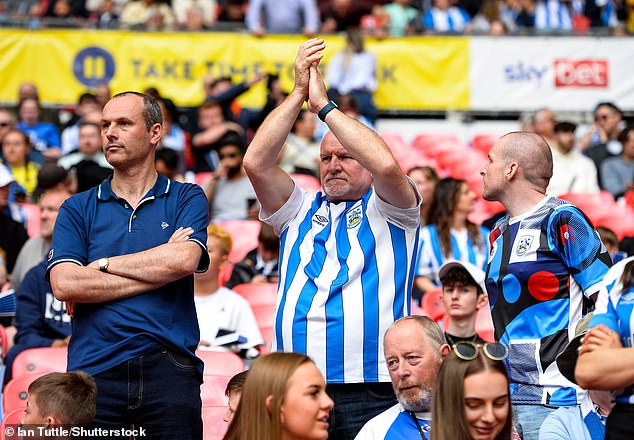 One Huddersfield fan who travelled back said: ‘He showed himself to be a man of the people.

‘We were surprised as he wasn’t staying out the way in first class feeling sorry for himself he spoke openly with fans and mixed with us all.

‘Some of the players like Sorba Thomas were there too and they signed autographs and had pictures taken but Corberan particularly came across as a real gentleman. 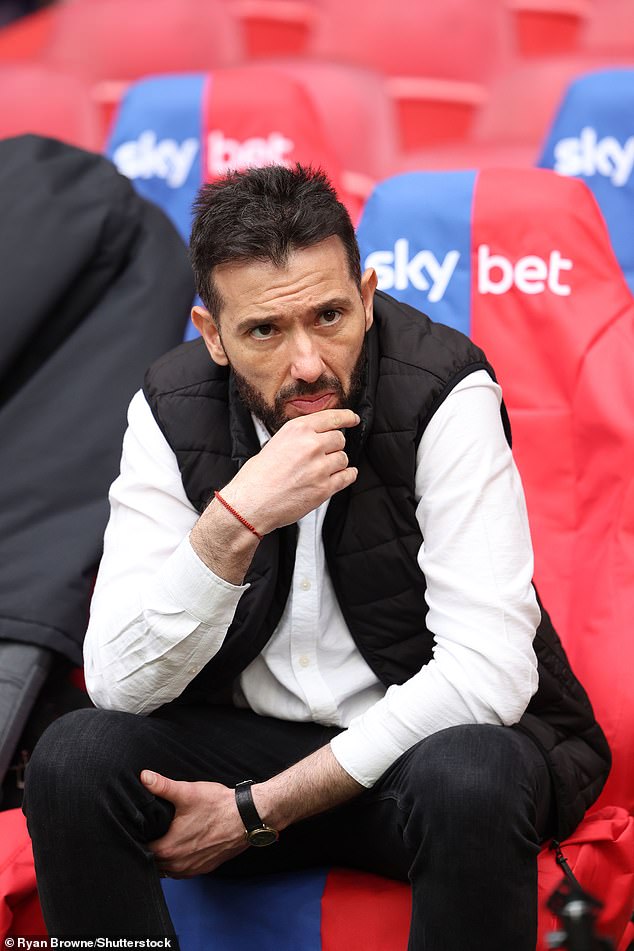 ‘Obviously it was massively disappointing to lose to Forest but Carlos gave us all belief just talking how we’d go for it again next season.’

Former goalkeeper Corberan, 39, is emerging as one of the best up and coming coaches in the league.

He joined Huddersfield in 2020 after forging a promising reputation with Leeds as their U23 coach before being promoted to Marcelo Bielsa’s assistant.

His time with the enigmatic Argentine obviously served Corberan well as he pushed Huddersfield to third place in the Championship and the play off final this season.

He was also on Leeds’ shortlist to succeed Bielsa before they appointed Jesse Marsch. 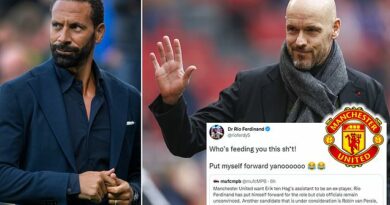