Defender Hector Bellerin insists it will take time for Arsenal to build their new identity but setbacks will not see them deviate from the style head coach Mikel Arteta wants to play.

Monday night’s 3-1 defeat at Liverpool, which ended the Gunners’ 100 per cent record this season, saw them have just 34 per cent possession as they found it difficult to play out from the back against their hosts high-intensity pressing.

But despite there being occasions, most notably when Rob Holding was in possession, when the tactic looked decidedly dodgy, Bellerin said they had faith in Arteta’s philosophy as that was how they would improve going forward.

“We’ve got new players that have come in this season and they need to get used to the system.

“This is our game. This is what we have been training since Mikel has been here, so just because a team is the best in Europe at doing that (pressing), doesn’t mean we change the way we play.

“It doesn’t matter how good the other team is, we have an identity, we have a way of playing football, and that’s how we create our chances.

“We should all be proud that we stick by what we know. Sometimes it is difficult. Not every game is going to be easy.

“I think we just need to keep working and getting better, because these are the games we need to be winning.”

Arsenal have an immediate chance to respond as the sides meet again at Anfield on Thursday in the fourth round of the Carabao Cup.

Both teams, who played out a highly entertaining 5-5 draw which Liverpool won on penalties in the competition last season, are likely to make changes but that will not affect the mindset.

“Every game we understand each other more and I am very positive about what this season holds for us.

“There is a hunger in this team that wasn’t there the last few years and we want to win every single game,” Bellerin added.

“We know we’re working really, really well so we’re not going to let this affect us. We know we have another chance on Thursday to redeem ourselves and then on Sunday in the Premier League again (against Sheffield United).

“We have been working really well, we have been getting results that people didn’t even believe we could get and building on from the end of last season.

“Every game we understand each other more and I am very positive about what this season holds for us.

“We are getting better every time. We have to come here on Thursday again and we will give them another battle and that’s what is important for us, to believe and keep creating chances that we did (on Monday). Hopefully the next time we will put them to bed.” 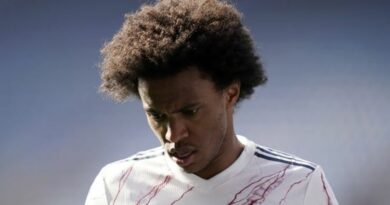