Home » ‘I don’t like it and hopefully it doesn’t happen’: James Milner speaks out against European Super League

Liverpool midfielder James Milner is against the formation of a European Super League and insists the players have no control over the decision which could change the face of football.

But the plan has provoked widespread outrage, with high-profile figures from football and politics uniting to condemn the proposals.

Milner is the first player who would be in line to play in the competition to speak out against it after he was asked for his opinion following Liverpool’s 1-1 Premier League draw at Leeds.

“There is a lot of questions,” he told Sky Sports. “I can only say my personal opinion, I don’t like it and hopefully it doesn’t happen. I can only imagine what has been said about it and I probably agree with most of it.

Liverpool boss Jurgen Klopp had earlier said his own negative opinion of a European Super League had not changed.

Klopp, speaking to Sky Sports ahead of his side’s game at Elland Road, stuck by his words from 2019 when he said he “hoped this Super League will never happen”.

“It is a tough one, people are not happy with that. I can understand that, but I cannot say a lot more about it because we were not involved in any processes – not the players, not me. We didn’t know about it. The facts are out there and we will have to see how it develops.

“I have no issues with the Champions League, I like the competitive factor of football.

“I like the fact that West Ham might play in the Champions League next year. I don’t want them to because we want to do that, but I like that they have the chance.”

Ex-England captain and now owner of Major League Soccer franchise David Beckham warned that fans will be the ones to suffer if plans go ahead.

“I’m someone who loves football. It has been my life for as long as I can remember. I loved it from when I was a young child as a fan, and I’m still a fan now. As a player and now as an owner I know that our sport is nothing without the fans. We need football to be for everyone. We need football to be fair and we need competitions based on merit. Unless we protect these values the game we love is in danger…” he wrote on Instagram.

Former Liverpool defender Jamie Carragher called on everyone involved in the sport to unite and battle against the proposals.

“My message to everyone is that these clubs think this is a done deal, I don’t think it is,” he told Monday Night Football.

“Supporters up and down this country can stop it and I really do believe it. At the forefront of that will be Liverpool, because I have seen it before.

“It can be stopped and I am convinced of it. Going forward that is what we need – marches on stadiums, supporters getting together. It should not be allowed to happen.” 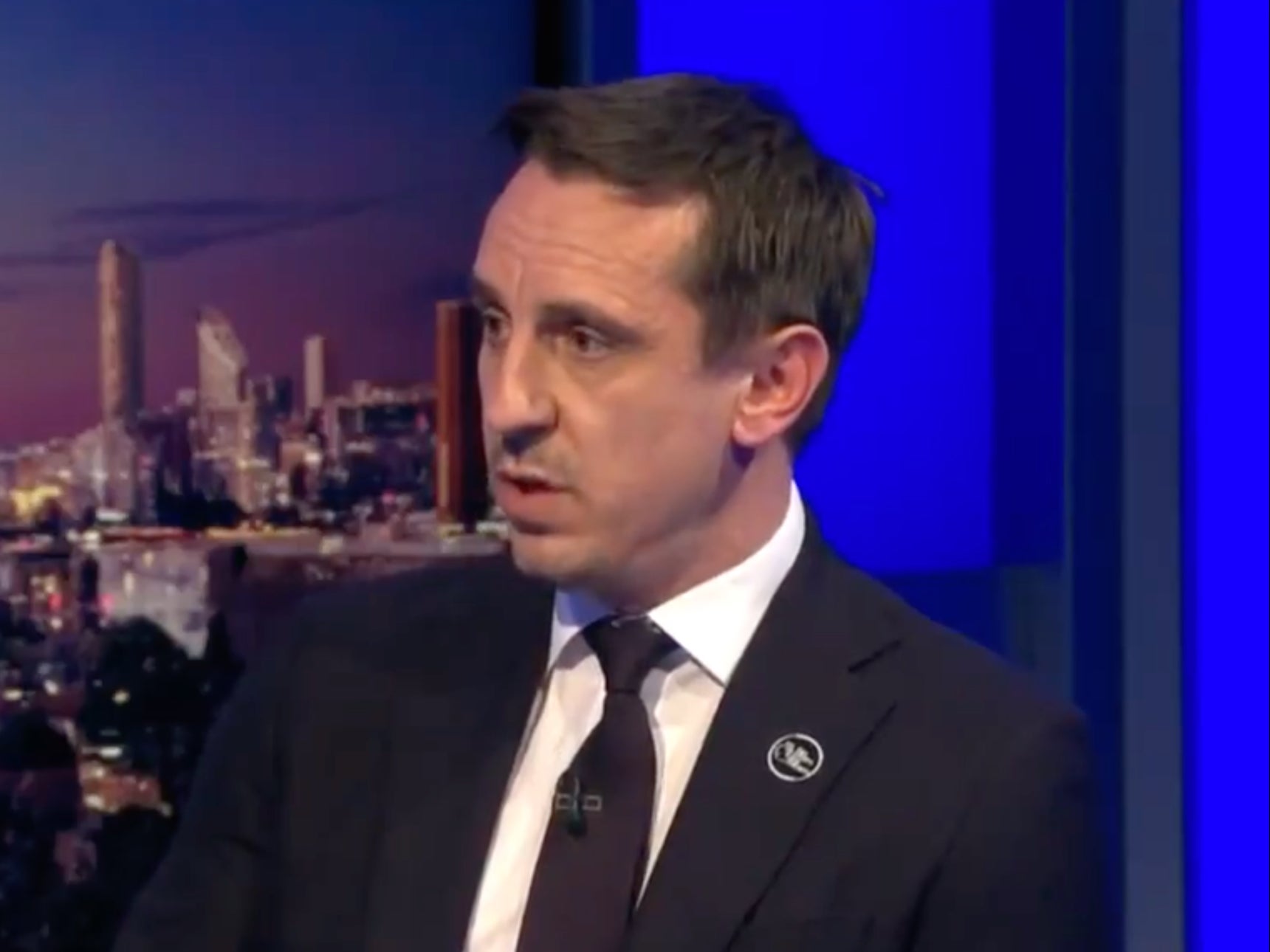 Gary Neville has been fiercely against the proposals

Ex-Manchester United defender Gary Neville, who spoke passionately against the proposals before confirmation came late on Sunday, hit out at the club’s owners, the Glazer family and later became ensconced in a bitter war of words with Klopp.

“When I woke up and saw the statement and it had Joel Glazer’s name on it, I thought this was a big problem,” he said.

“He doesn’t put his name on anything, that man. He is intelligent, he knows what he wants and he has parked his weasels and he has come out and it made me think, ‘This is serious’.

“He is not backing down, he will try and push this through and, once he puts his name on it, he is going to try and force this through.

“They (the Glazers) have been through hell in the early years at Manchester United, they withstood it, stood it out and they don’t care, so when I saw his name on it I really worried.”

Speaking after their 1-1 draw with Liverpool, Leeds striker Patrick Bamford told Sky Sports: “I think that for me personally, what I have seen, I haven’t seen one football fan who is happy about the decision.

“I think football is ultimately for the fans, so without the fans every single club would be pretty much nothing, so it is important we stand our ground and show football is for the fans and try and keep it that way.

“We’ve just seen what everyone else has seen on Twitter and stuff.

“It it amazing the things they are talking about I can’t quite comprehend, it is amazing the amount of uproar that comes into the game when some of these pockets are being hurt, so it is a shame it is not like that with all the things that go wrong at the minute, racism and stuff like that, but it is just how it is.”

Writing in a letter to The Times, former Football Association and Manchester City chairman David Bernstein warned the creation of the Super League would come at the cost of the “football pyramid”.

He wrote: “The consequential issues would include a widening of the financial gap between the haves and have-nots and the destruction of the football pyramid, which inevitably would remove much of the romance and dreams that sustain supporters as clubs rise and fall through the leagues.”

“I join with the entirety of Fulham Football Club, and 13 fellow Premier League clubs, in denouncing the proposed European Super League,” he said.

“The concept will not serve the game or our most important stakeholders – the generations of football fans here in England and throughout Europe who have been as loyal to their domestic leagues, and the opportunities they offer, as they are faithful to their favourite team.”

Former Arsenal striker Ian Wright spoke out passionately against the Gunners’ decision to be involved.

“I literally can’t believe it when I saw Arsenal’s name come up on the screen as one of the teams,” he said in a video posted on Twitter.

“This is the same Arsenal that only a couple of weeks ago was commended for the tribute to David Rocastle.

“God, the man would be turning in his grave knowing what is going on now. Is this how far we have fallen?

“That we are getting into competitions because we are not good enough to get into them, so at the detriment of the English game we are getting the seat to the table we have no right to be at.”

Prime Minister Boris Johnson condemned the plans, saying football clubs were more than “great global brands” and needed to have a link with their fans and communities.

Speaking to reporters in Gloucestershire, Johnson said: “We are going to look at everything that we can do with the football authorities to make sure that this doesn’t go ahead in the way that it’s currently being proposed.”

Wilshere reveals Wenger's reaction to him being pictured smoking 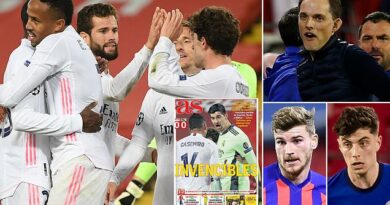