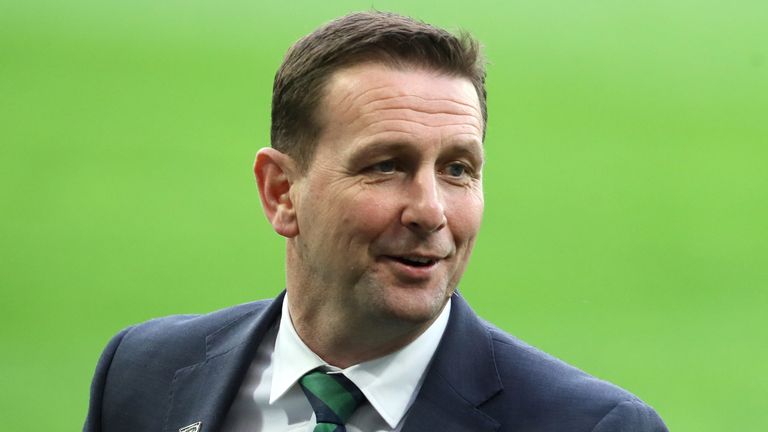 Ian Baraclough is keen to use Thursday’s friendly against Ukraine to show Northern Ireland are capable of competing with the best sides in Europe.

While Ukraine are preparing to go to Euro 2020, the fixture will be the last of Northern Ireland’s season after their qualifying play-off defeat to Slovakia in November.

“We’re disappointed not to be there,” said Baraclough. “We think we’re good enough to be competing for a chance to be at these tournaments.

“We were seven minutes away from a penalty shootout (against Slovakia) and we would have been confident of getting through.

“They’re fine margins. It didn’t happen for us. We won’t watch the Euros with any joy but we want to be there next time.”

Sunday’s 3-0 win over Malta gave Baraclough his first victory inside 90 minutes at the 12th attempt, and though Thursday’s opposition look much, much tougher on paper, the squad are keen to build on that performance.

“There’s a habit to winning and we want to try to make it a habit,” said Baraclough.

“You don’t ever tire of that winning feeling. It gives the squad a lift. You come out feeling positive and we want to try to build on it.

“In the Nations League games we knew there was a certain amount of mixing the squad up, mixing players up and trying different things but we’re in the middle of a World Cup campaign now and these two games are massive for us.” Baraclough named a strong side for the Malta match and is expected to do the same in Dnipro, though he has fresh options with Kyle Lafferty and Dan Ballard having joined up with the squad.

“Dan, after (Blackpool’s) play-off victory, he had a big smile on his face,” said Baraclough.

“Kyle was probably a couple of days later than planned due to Covid travel problems but both are in and both are up for selection.

“It’s a credit to them that they wanted to be here. It would have been quite easy after a long season to turn around and say they wanted to stay at home.

“To be here shows me there’s a real spirit and a real togetherness among this group.” 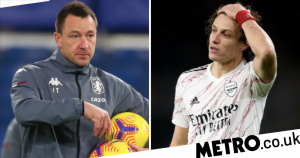 Sanchez situation 'not resolved' as Inter look to extend his loan