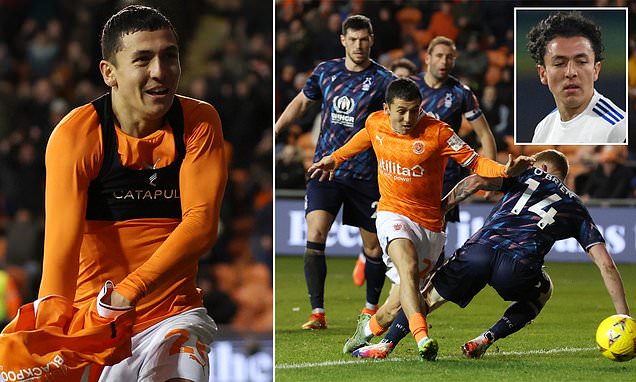 Blackpool are in the Championship relegation places but this stunning FA Cup success had a sprinkling of Premier League stardust about it, a good example of how the loan system works at its best.

Midfielder Charlie Patino, 19, avenged his defeat against Forest in the same competition with Arsenal a year ago while Manchester City winger Morgan Rogers, 20, impressed on debut as a second-half substitute.

Above all, Ian Poveda, borrowed from Leeds United, scored one and assisted another in a man-of-the-match display that top-flight Forest couldn’t handle. 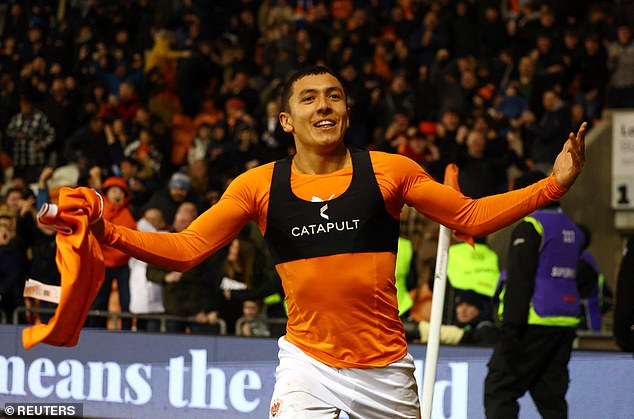 Ian Poveda, on loan from Leeds United, scored one and made another in Blackpool’s cup win

Poveda is 22 and finally starting to fulfil the potential seen first in City’s academy and more recently at Leeds.

He was a major force behind the Seasiders exploiting a weakened Forest line-up to record their first win in 10 and reach the fourth round 70 years after winning this most famous cup of all.

‘It was definitely one of his best performances for us and the goal probably nudges it as the very best,’ said Blackpool manager Michael Appleton about his exciting No 10. ‘Since the break the penny has dropped a little bit. His work-rate is incredible for a lad in his position.

‘He still has a lot of learning left in him. There is nothing I can teach him in his ability to go past people. That’s just natural. What I can do is help him out of possession, get in good areas to help his team-mates out and hurt the opposition.

‘He is a Premier League player, he’s just got to believe it. In terms of his passing, crossing and shooting, that’s pure ability. He’s beginning to understand that the game is not just about when the ball is at his feet.’ 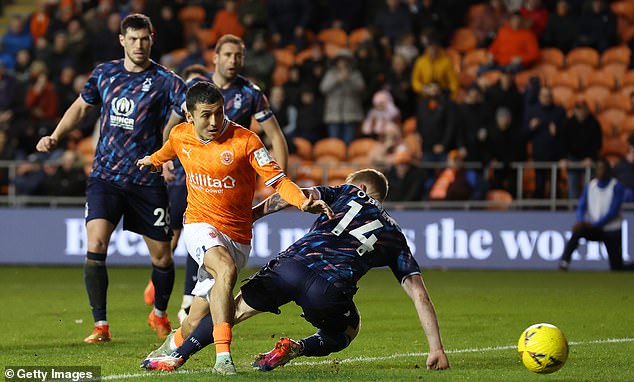 Forest head coach Steve Cooper made 11 changes with the tie sandwiched between a Premier League win at Southampton last Wednesday and a Carabao Cup quarter-final against Wolves this Wednesday.

Though Marvin Ekpiteta scored early, Forest had chances to level before a late collapse prompted most of their 3,500 travelling fans to leave early.

Poveda scored the key goal midway through the second half after an error by Williams. CJ Hamilton added a third and Jerry Yates a fourth from Poveda’s cross before an injury-time Forest consolation from Ryan Yates. 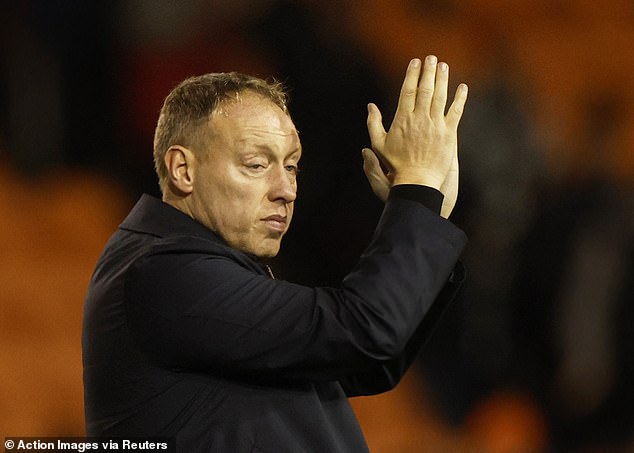 Cooper made 11 changes for the cup defeat, but says he wouldn’t do anything differently

Cooper has barely put a foot wrong at Forest but wondered if he had picked the right team here. His quick conclusion: yes. ‘I don’t think I’d do anything different,’ he said. ‘We’ve picked up injuries, travelled to Southampton and there was real fatigue in the group. We can’t afford to take risks.

‘I thought about my selection after the game, but if our players out there had been anywhere near their level, it would have been comfortable for us.’

Appleton, who will get his own trip to Southampton in the fourth round, agreed with Cooper’s stance: ‘Why wouldn’t you make changes if you were in the luxury position Steve has,’ he said. ‘There is quality throughout the club.’ 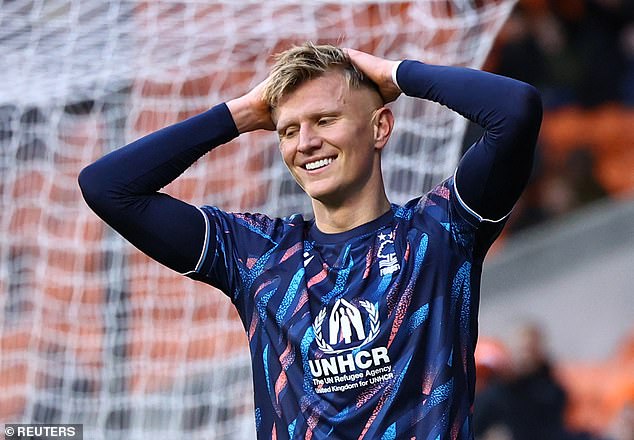 It was only Forest’s second loss in eight but Cooper blasted the display as ‘unacceptable’. ‘It should be a reminder of what not to do. I’m pleased we’ve got a midweek game, we have to get back quickly.’

Appleton must hope this acts as a spur for the league, where recent results had put him under pressure.

For Patino, lightning didn’t strike twice, having been in Mikel Arteta’s Gunners team dumped out at the City Ground last season. ‘Thank God this was a happier one,’ joked Appleton. 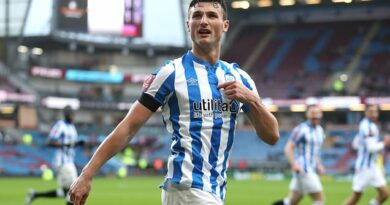 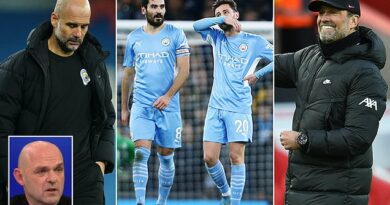