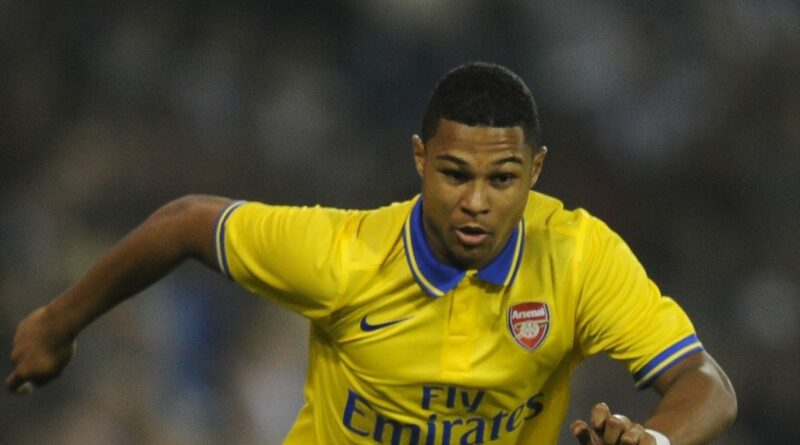 Ian Wright has admitted his concerns that Arsenal were risking 'another Serge Gnabry situation' at the club.

The Gunners allowed rising talent Gnabry to leave the club back in 2016 after the winger failed to force his way into the first team.

Since then, Gnabry has come on leaps and bounds and is now one of the most-exciting attackers in Europe for Bayern Munich.

Arsenal have continued to produce plenty of homegrown talent in the intervening years, but Wright feared youngster Emile Smith Rowe could be next to slip through the net.

The 20-year-old had rarely featured under Mikel Arteta prior to this season, with most of his previous appearances coming in cup competitions.

But the attacking midfielder has been given a chance in recent weeks with Willian out injured, and thrived in the No.10 role where Arsenal were crying out for some much-needed creativity.

Now Wright just hopes Arteta continues to keep faith with Smith Rowe, and sent a warning to the Arsenal boss if he reverts to old ways.

“For me, Emile Smith Rowe has paid his dues,” the Gunners legend said on Wrighty’s House podcast at the end of last month. "He’s had his injuries, he’s been on loan, he’s done his stuff.”

“What Mikel has done and the timing which he’s done it as well is absolutely perfect.

"I think if Smith Rowe doesn’t get into this team, at this stage, persisting with people who are not performing at the levels they should – Willian or [Nicolas] Pepe – you lose him.

“Especially with January coming. Then we’ve got another Serge Gnabry on our hands. Without a doubt."

Should Willian or Nicolas Pepe be recalled to the Arsenal side? Have your say below.

Smith Rowe was the surprise inclusion in Arsenal's must-win Boxing Day lineup against Chelsea, helping them to a 3-1 win.

He has started both fixtures since – against Brighton and West Brom respectively – with his performance against the latter particularly impressive.