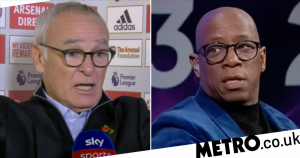 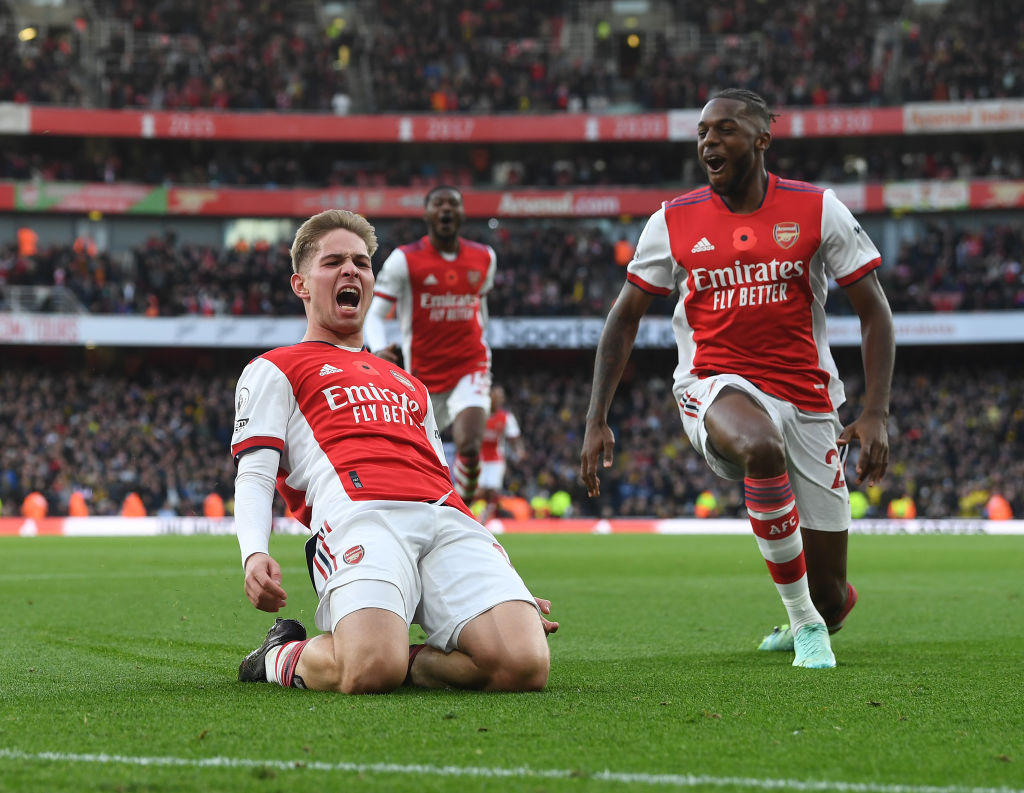 An irate Claudio Ranieri accused Arsenal’s players of lacking respect for failing to give the ball back to Watford in the build up to Emile Smith Rowe’s winning goal – but Ian Wright feels the manager was simply looking for an ‘excuse’.

Danny Rose had initially put the ball out of play in order for his Watford team-mate Ozan Tufan to receive treatment, with the scoreline goalless ten minutes into the second half at the Emirates.

However, rather than giving the visitors possession, Arsenal played on from the resulting throw-in and went on to break the deadlock through Emile Smith Rowe, who scored in his third successive Premier League match.

Juraj Kucka was sent off for a second bookable offence at the death and the Gunners held firm to secure all three points, but much of the post-match discussion centred around the controversial incident prior to Smith Rowe’s decisive 56th-minute strike.

‘We put out the ball and everybody expected Arsenal to give back the ball,’ a furious Ranieri told Sky Sports shortly after the final whistle.

‘[Moussa] Sissoko and Rose said, “Give the ball to us, we put the ball out, there was an injured player”. After this it was very strange.

‘There was a cross, Kiko Femenia hit the ball with the header, [Ismaila] Sarr took the ball, in my opinion there’s a big foul, but nothing happened and then they score the goal. It was very, very strange.

‘The performance was good. Of course, in the second half after the goal Arsenal had more space. We had chances to draw the match until the end, my players were on the pitch trying to draw.’

Arteta felt believed his players were justified in refusing to put the ball out of play and Arsenal legend Wright agreed, accusing the Watford head coach of ‘nitpicking’.

‘There’s nothing wrong with him in the end,’ the ex-Arsenal and England striker told Premier League Productions.

‘I’m sorry and people will say I’m being biased because it’s Arsenal, but if there’s something wrong with you then you stay down and go through what you normally do. Look how far it’s gone.

‘I think I saw Ranieri complaining and that’s just nitpicking because I don’t believe they should give that ball back.

‘There’s nothing wrong with the player. If there’s something wrong then stay down and go through the protocols.

‘But there’s nothing wrong with him. He got back up and they had three or four opportunities to be able to clear that so I think it’s just Ranieiri making an excuse really.’

Arsenal extended their unbeaten run to ten matches in all competitions with their hard-fought win over the Hornets.

The north London club sit fifth in the table and will hope to apply further pressure on their top-four rivals when they travel to Liverpool after the international break.