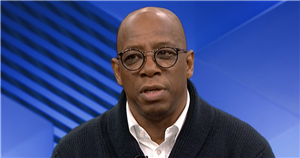 Liverpool took a huge step towards securing Champions League qualification after the put on a rampant display away at Turf Moor in front of the Burnley faithful.

Goals from Roberto Firmino, Nathaniel Phillips and Alex Oxlade-Chamberlain were enough to ensure Jurgen Klopp's side returned to Merseyside with all three points.

The race for the coveted top four will go down to the last day, but Chelsea and Liverpool are now firmly in the driving seats with their destiny in their own hands, while Leicester will simply have to win their game and hope for other results to go their way.

Should Brendan Rodgers' Foxes beat Tottenham on the last day, and Thomas Tuchel's Chelsea fail to beat Aston Villa at Villa Park, there is a chance both Leicester and Liverpool could make the top four while the Blues slip to fifth.

Premier League icon Ian Wright has explained how he feels it would be cruel on the Reds to miss out on top four given the huge influx of injuries they have had to deal with over the course of the campaign.

The likes of Virgil Van Dijk, Joe Gomez and Joel Matip have all been side-lined for lengthy periods – meaning Liverpool have to had to call on some very inexperienced names in central defence.

HITC quote Wright as telling Premier League Productions: “I feel sorry for Liverpool with everything that has happened.

“With the injuries and everything that has happened to them.

“With the way they blasted the league last year after missing out by a point the year before. Then they get to a situation where they are decimated with injuries. Their front three stop firing.

Wright continued: “Then they find it at the end to get something.

"For them to have a demise, not even get into Champions League for everything they have done the last couple of years then I think it will be very harsh on them.” 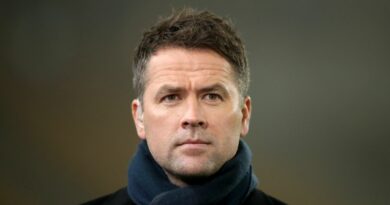