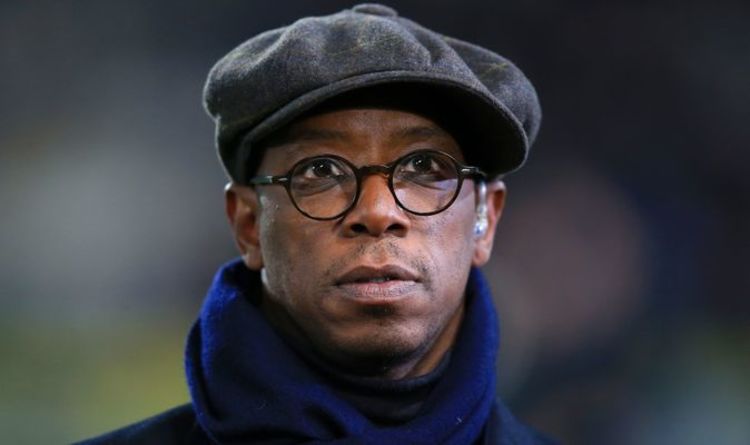 Ian Wright has already sung the praises of a reported Arsenal target as transfer chief Edu weighs up potential replacements for Alexandre Lacazette. The Premier League club are reportedly interested in Aston Villa striker Ollie Watkins and Everton’s Dominic Calvert-Lewin amid the possibility Lacazette could leave in the January transfer window.

Lacazette is in the final year of his Arsenal contract, and is not expected to be offered an extension to his current £180,000-a-week deal.

The Gunners could look to sell him in January to avoid losing him for free next summer – but would have to bring in a replacement.

Lacazette has yet to start in the Premier League this season after contracting Covid in the summer, although he showed his continued worth to Mikel Arteta’s side last season when he was the club’s top scorer with 17 goals in all competitions.

Edu and Arteta could look to replace the 30-year-old with either Calvert-Lewin or Watkins – and Arsenal legend Wright has already talked up the latter player.

JUST IN: What Jose Mourinho said to convince Tammy Abraham to snub Arsenal

“Dean Smith has a lot of faith in him. He’s got a lot about him,” Wright told Match of the Day after Watkins scored in a 2-1 win over Everton last season.

“It’s not just his pace, strength and energy. He shows his composure (for his goal).

“He gets in areas where he stretches teams.

It was reported by The Sun this week that Arsenal were eyeing Watkins and Calvert-Lewin as potential replacements for Lacazette.

Both players are contracted to their clubs until 2025 and it would take a big offer to prise either away.

Watkins, 25, scored 16 goals last season after Villa signed him for £28m from Brentford, with his form earning him an England debut back in March.

Calvert-Lewin scored 21 goals in all competitions for Everton last term and has three already this season, and has established himself as Harry Kane’s back-up for Gareth Southgate’s side.

The 24-year-old cost Everton just £2.4million when they signed him from Sheffield United five years ago, but it is thought he would cost at least £50m to prise away from Goodison Park.

Arsenal captain Pierre-Emerick Aubameyang signed a new three-year deal last summer, and has started all but one of this season’s Premier League games.

Arteta can also call upon youngsters Folarin Balogun and Gabriel Martinelli, both 20, and 22-year-old Eddie Nketiah as possible back-up options to lead the line.