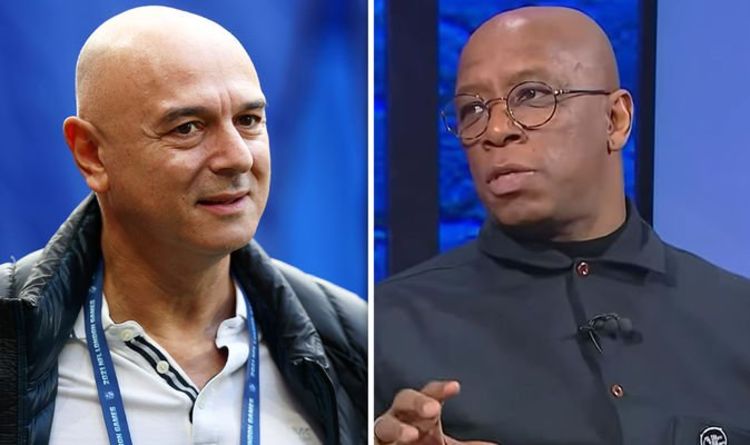 Tottenham chairman Daniel Levy must realise the calibre of manager he has in Antonio Conte and back him in the transfer market, says Ian Wright. Conte has recently spoken of his desire to strengthen the Tottenham squad in this transfer window. And Wright admits he would be at a loss if Levy does not provide the Italian with funds.

Conte was appointed Spurs boss last November, so has had over two months to assess the quality of his squad.

And he has concluded that recruitment is needed for the club to reach the levels they were at during his last spell in England.

Tottenham have not lost in their eight Premier League matches under Conte and are just two points off the top four with two games in hand.

But the 2-0 Carabao Cup semi-final first leg defeat to Chelsea on Wednesday showed the gap between Spurs and the top teams in the league.

Conte has been described as arguably the best manager Spurs have had in generations due to his record across Europe in the last decade or so.

Wright can see big improvements under Conte and believes now more than ever is the time for Levy to spend big in the market.

He said on the Kelly & Wrighty Show: “You look at how close they are [to the top four], Tottenham, and how far they looked when they were under Nuno, and see how quickly [Conte] has sorted out the defence.

“I think if Daniel Levy doesn’t recognise now that he’s got a manager that he has to back, whether it’s January or the summer, if he doesn’t then I don’t know what to say.”

Spurs are interested in signing Wolves star Adama Traore and converting him into a right wing-back.

Wright believes improving on summer signing Emerson Royal is vital for Conte to achieve his targets.

The Arsenal legend added: “I’m not sure with Emerson Royal. I think they were linked with a right wing-back because Conte wants that player to get up the sides. I’m not sure what’s happening with [Matt] Doherty.

“[Sergio] Reguilon, not too bad, but some of the final balls were poor.

“Emerson Royal, for me it’s almost as if Watford said ‘let him have it’. His delivery was so poor, it literally negated Tottenham.

“They’ve paid £30m (sic) already, it doesn’t look to me like Matt Doherty is someone they’re keen on.

“So now they’re probably going to need to get that right wing-back because everything does come from the wing-backs. If people stop that, nothing happens.”