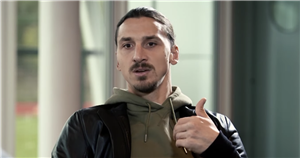 Zlatan Ibrahimovic has taken a surprise swipe at Manchester United for "talking too much about the past".

United are currently on the hunt for a new manager after sacking Ole Gunnar Solskjaer following their 4-1 defeat to Watford.

The Norwegian often made a point of referring back to the 'Manchester United DNA’ during his time in the dugout, while pundits often talked of the departed boss restoring the club's culture and ethos.

United are now more than eight years on from their last league Premier league title, won under Sir Alex Ferguson, with four years separating them from a trophy of any kind.

There is now a growing belief that United need to stop relying on their attachment to the past and be more ruthless in order to go toe-to-toe with the game's new established order.

It's a view that is shared by Ibrahimovic, who spent two seasons at Old Trafford helping them to win the League Cup and Europa League before joining LA Galaxy in 2018.

He toldthe Guardian: "They talk too much about the past. When I went there I said: ‘I’m here to focus on the present and to make my own story.’

Do you United have an obsession with past glories? Let us know your thoughts in the comments section below.

"But when you have too much it becomes like a loop. You have to think about the present or you should go to a hospital and clean your head."

The opinionated Swede scored 17 goals in his first Premier League campaign before injury problems disrupted his second, which only comprised five league appearances.

Reflecting on his time in the English top-flight, Ibrahimovic suggested that while the technical quality is overrated, the intensity of the league makes it a unique competition to play in.

"I had a great experience in England. Manchester United are an amazing club and we won a couple of trophies,” the 40-year-old added.

"The quality is overrated in a technical way. But the Premier League has different qualities – the pace, the rhythm. You can be the best player in the world but if you cannot handle that pace and rhythm [you won’t succeed].

"In Spain, France, Italy, the technique is better. That’s why there are so many foreigners in the Premier League. They bring the technical [aspect]." 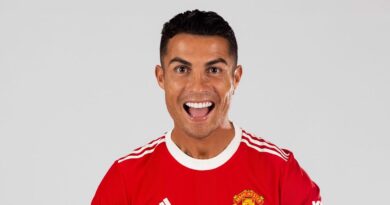