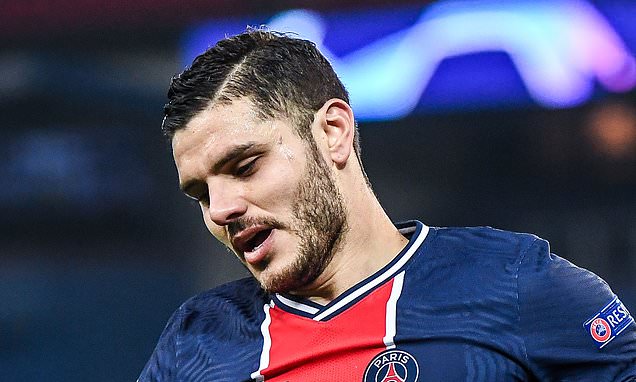 Mauro Icardi’s agents ‘are desperately trying to find their client a way out of PSG this summer but his £8.6m-per-year wages are a problem’ as European giants and Premier League clubs weigh up move for the Argentine

Mauro Icardi’s agents have began the search to find another club for the Argentine striker, L’Equipe reports.

Paris Saint-Germain want to recoup the €50million (£43m) they paid Inter Milan after activating an option to buy him 12 months ago.

Icardi has suffered a succession of injuries this season and also had a spell on the sidelines after testing positive for Covid. 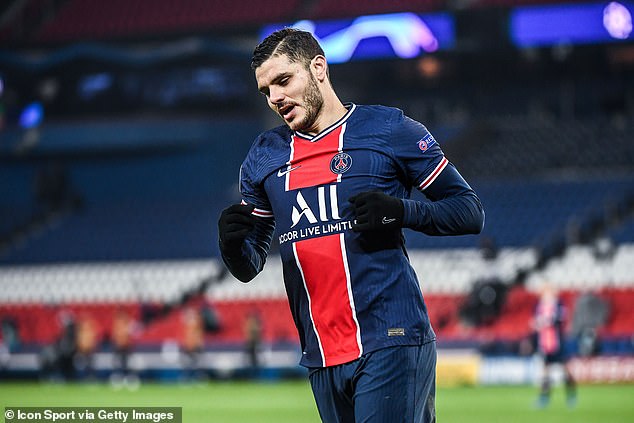 He will miss Saturday’s clash with Strasbourg on Saturday owing to a thigh injury picked up against Lille in the Coupe de France on March 17.

Icardi is keen on a return to Italy but his annual €10m (£8.6m) salary puts him out of reach of most Serie A sides.

The Premier League could be an option. 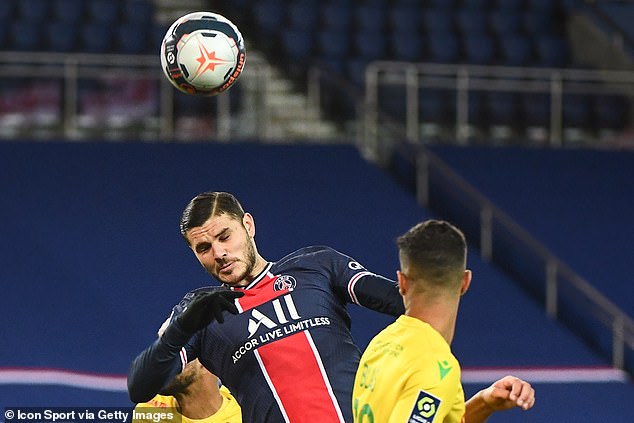 Icardi became the latest PSG star to fall victim to burglary in January, when he had £350,000 worth of items stolen while away with his team.

The Argentine striker’s Neuilly-sur-Seine home in the French capital was robbed while he was away with Mauricio Pochettino ‘s side in Brittany, preparing for their Ligue 1 clash with FC Lorient.

The burglary was discovered by Icardi’s staff, noting that the perpetrators had forced entry into the property via window.