Home » Soccer » ‘I’d be dead or in jail’: John Hartson on his gambling addiction

‘I’d be dead or in jail’: John Hartson opens up on the gambling addiction which could have killed him as he admits hitting ‘rock-bottom’

John Hartson has admitted gambling tens of thousands of pounds a week at the peak of the addiction which could’ve killed him.

Hartson, the former Arsenal, West Ham and Celtic striker, refuses to put a figure on the amount he lost during two decades of gambling before admitting he had a problem and seeking help.

He has not had a bet for seven years but it was only when his wife Sarah threatened to leave with their children that Hartson took the first step towards getting his life back. 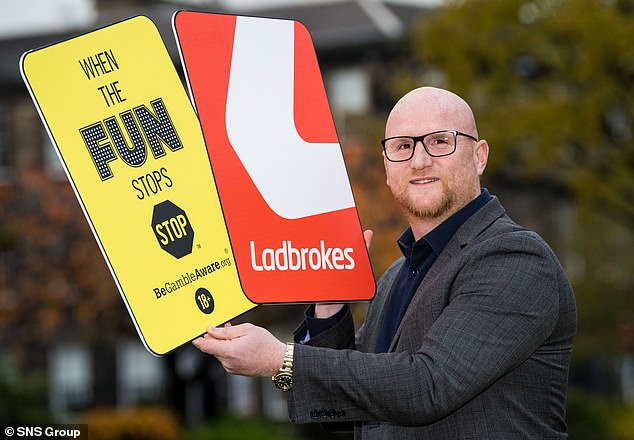 John Hartson is involved in a responsible gambling campaign with Ladbrokes

The Welshman said: ‘My wife packed her bags. She said she thought the world of me and loved me but that she couldn’t hang around any more and watch me go through what I was going through. That was rock bottom for me: to think that my wife and kids were leaving me.

‘Sarah packed her bags and said she was going up to her parents’ because she could no longer live like this. That was maybe the 20th warning I got but it was that moment when I saw her bags were packed and her flights were booked.

‘I’ve heard it said since that a lot of people need to hit rock bottom before they can come out of it and that was my lowest point.’

Hartson, 43, went to his first Gamblers’ Anonymous meeting in 2011 and still attends. He plans to write a book about about his experience once he has gone 10 years without a bet and is working with Ladbrokes on their new campaign to encourage responsible gambling.

He told The Times: ‘I hit rock bottom seven years ago. For me, this launch is hugely positive and I’m delighted to be involved in it; I want people to do as I say, and not to do as I did. I let my gambling get out of control and it really, really got a grip of me.’

He added: ‘I punted heavily for years. I’m now seven years clean and I know I wouldn’t have been able to build the house I’ve just built in Edinburgh if I was still gambling.

‘I wouldn’t be able to drive the car I drive. I’d be away from my missus and would have a terrible relationship with my children. I can’t even imagine where I’d be now, to be quite honest, if I hadn’t have got myself straight and sorted out. I would’ve either been dead or in jail.’

Hartson won 51 Wales caps between 1995 and 2005, scoring 14 goals for his country. He retired in 2008 and was diagnosed with testicular cancer the following year, with the disease spreading to other parts of his body before successful treatment. 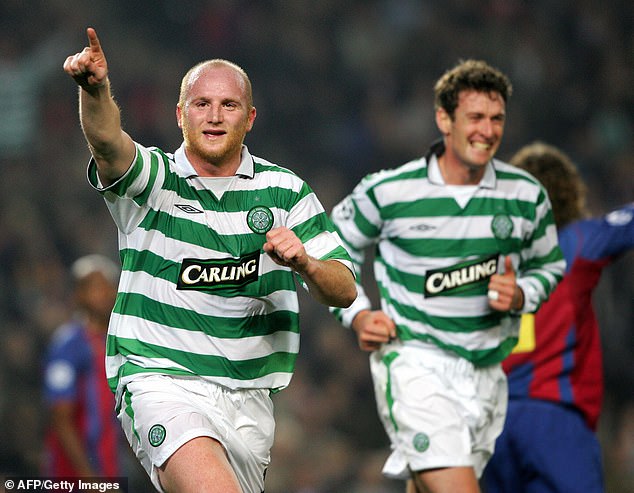 He has since worked as a pundit and joined BT Sport Score in 2016.

‘I have been asked by talkSPORT to co-host the Alan Brazil show at Cheltenham. However, I don’t want to put myself into an environment where there are potential dangers all around me and 200,000 people there, every one of them betting. I refrain from that and say “No, thank you, I’ll just give that one a miss”, and do a show with Alan in the studio instead. I’m not sucked in at all and I will never bet again.

‘The doors that have opened for me in the last seven years have been great. I’ve been phoned up by Premier League managers in Scotland and England asking me to help their players; we all know some of the obvious ones. It makes me feel people are trusting me and believing in me. But all I can do is talk to these players and offer to take the boy to a GA meeting. Then the rest is down to him. I had to get myself right seven years ago and I was strong enough to do that, but addictions are really hard to crack.’

Which clubs have bashed the bookies the most this season? 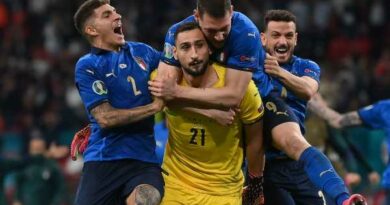