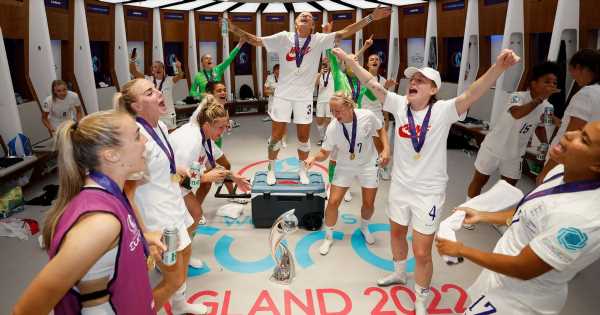 England women celebrated their Euro 2022 win in style with beers flowing in the dressing room after they beat Germany 2-1 at Wembley.

The Lionesses brought it home after a late Germany goal forced extra-time, but substitute Chloe Kelly became the hero as she scored with ten minutes remaining. It was the tale of the substitutes after Ella Toone put England ahead after coming off the bench, before Lina Magull levelled the scores for Germany.

And the national heroes partied hard in the dressing room after the game, with the German's having to listen in on a great time in the home area. The dance moves were out, "it's coming home" was blasted, and the beers were flowing, there's certainly going to be some sore heads! The Euro 2022 trophy was paraded around the dressing room after the Lionesses won their first ever international tournament, putting an end to Germany's recent dominance. "Best day of my life. Thanks for all the messages! Get back to you tomorrow," said goal scorer Toone on Instagram.

And they even crashed coach Sarina Weigman's press conference, who was emotional as she dedicated the win to her late sister. Her sister passed just weeks before the tournament began, and she said: "I kissed this little arm band that was my sister’s. She passed away during our prep camps.

"That was a big miss, she was my mate, and she was on the crossbar today. She would have been here. I’m really proud of her."

Is this the greatest sporting moment of the year so far? Let us know in the comments section below. But Weigman made sure she celebrated with beer, even though she doesn't like it. "For the first time in years I had a beer," The coach said. "I don’t like it but I enjoyed it. First we will party. I am really pleased how we accomplished it."

And defender Leah Williamson couldn't hide her tears, as she said: "I just can't stop crying. With something like this, we talk and talk and we finally done it. It's about doing it on the pitch and I tell you what, the kids are alright.

"It's the proudest moment of my life – until the day I have kids I suppose. I am going to lap it up. Every single piece of advice I got was to take every single second in because you're going to want to relive it over and over and I'll be reliving that for a long time. 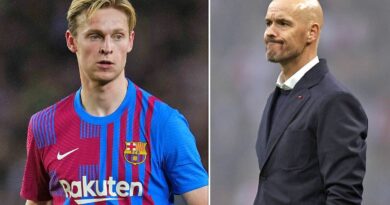