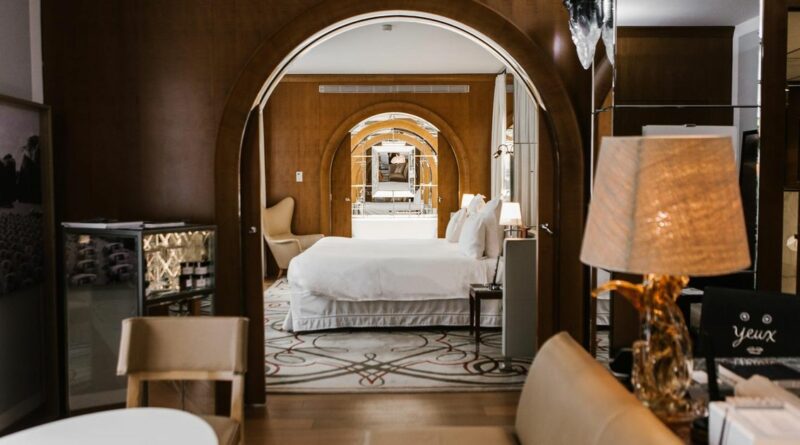 The lavish five-star hotel where Lionel Messi is currently staying in Paris was reportedly hit by masked thieves last week.

Messi, who signed for Paris St-Germain in the summer after waving an emotional goodbye to Barcelona, has been living at Le Royal Monceau with wife Antonela and their three children since moving to France.

But according to The Sun, last Wednesday a gang broke into the hotel by scaling down the outside of the building from the roof, before entering through an unlocked balcony door.

The raiders are said to have got in one floor above Messi's suite and hit four separate rooms, stealing thousands of pounds worth of jewellery and cash.

The robbery is a surprise given security was ramped up following Messi's arrival in August, and police have already got their investigation underway.

Le Royal Monceau, which is located not too far away from the famous Arc de Triomphe monument on Avenue Hoche, is one of the swankiest hotels in the French capital.

Do you think Lionel Messi will win the Champions League for PSG this season? Let us know in the comments section below.

It has hosted some of the biggest names on the planet since opening its doors in 1928, including Walt Disney, Winston Churchill and Robert De Niro.

The hotel was renovated by designer Philippe Starck back in 2010 and provides spectacular views of Paris, with France's art district and other cultural events just a stone's throw away.

Rooms start at £700 per night, however Messi's luxury suite is said to cost an eye-watering £17,000 per night.

His PSG team-mate Neymar is also said to have stayed there upon arrival at the club in 2017 before finding a permanent residence.

Le Royal Monceau boasts a swimming pool and private cinema, while it has six restaurants on site.

Messi, who recently waved to fans from his balcony at the hotel, has reportedly put pen to paper on a lease for a family home and is set to leave in the near future.

He scored his first goal for PSG earlier this week, finding the top corner to seal a 2-0 win over Manchester City in the Champions League.