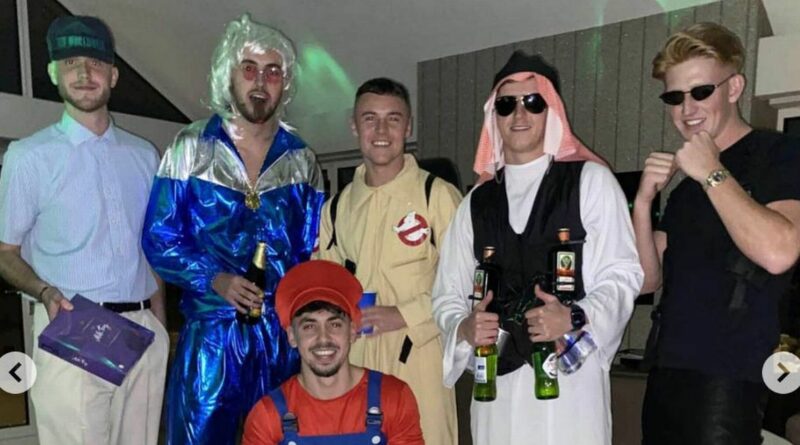 The children of Manchester United legend Paul Scholes have been accused of flouting lockdown rules by hosting a New Year's Eve party with more than 20 guests, some wearing inappropriate fancy dress costumes.

The Daily Star understand Scholes' children Arron, 21, and Alicia, 19, hosted the fancy dress party on Thursday evening to celebrate the end of 2020.

The two youngsters both posted photos of the bash on social media, with guests not adhering to social distancing.

Among them was a partygoer dressed like the late Jimmy Savile and another in an Arabic costume featuring Jagerbomb ingredients in a vest.

Some have taken to social media to say the Arabic costume was “racist”.

More than 20 youngsters were at the party, despite Oldham being in Tier 4.

4.5million people in the North West of England are currently living with the highest restrictions enforced by the Government.

In that area of the country, residents are only permitted to mix with their households or 'bubbles'.

Former United star Scholes and his family have been involved in similar Covid-related breaches before.

In August he threw a 21st birthday party for his son at the property in Oldham, Lancs.

In September, the same mansion was used to hold a 20-man football tournament.

Scholes, 46, also holidayed in Portugal with his family in July when the Government was advising against all but essential travel to the country.

Scholes' son Arron is a keen footballer, with him playing for ninth-tier Chadderton FC in the North West Counties League.

The 21-year-old was last year convicted of assaulting a former pal.

Alicia is a netball player and has been part of the England youth set up.