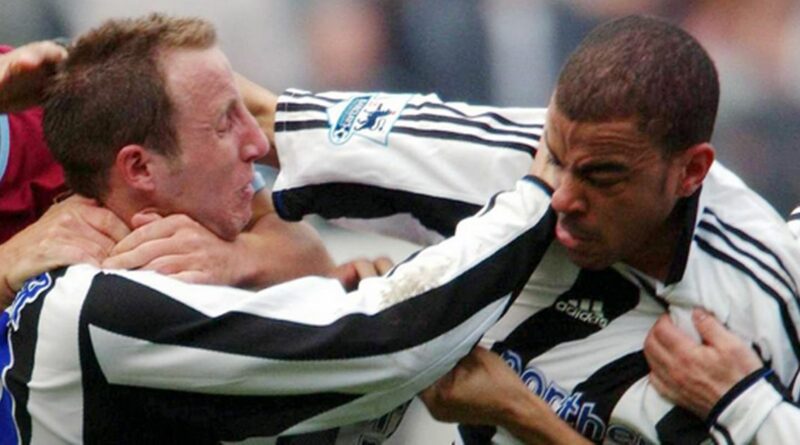 “Once again the good name of Newcastle United is being dragged through the dirt.”

In a moment that their iconic skipper dubbed as ‘disgraceful’ and struggling boss Graeme Souness described as indefensible, Bowyer charged at his team-mate with Dyer lashing out in response.

The incident stemmed from Bowyer believing that Dyer was refusing to pass him the ball – and ended with both being sent for early baths by bemused referee Barry Knight.

Following initial apologies to both the fans and the club, Dyer and Bowyer have looked back at the exchange years later to give a balanced view of what led to the scrap.

Having started the argument by saying his colleague was ’s***’ – Dyer wrote in his 2018 autobiography: “I could see him marching towards me, eyes bulging. Graeme Souness was shouting ‘don’t do it’ from the touchline but Lee Bowyer kept on coming.

“I grabbed him by the shoulders and the neck to keep him off me and then he started raining in punches. It was like slow motion.

“When the punches were hitting me in the head, I was thinking: “I cannot believe he is hitting me in front of 52,000 people. What the f*** is he thinking?

“I was trying to let him punch himself out. I thought it was just going to be handbags.

“It’s the kind of thing that might happen in training but not in a match. No one in their right mind would do that — but Bow had lost his mind.

“I think he hit me four times. The punches didn’t hurt but by the time the fourth punch came in, I thought ‘f*** this’ and launched one back at him.” Bowyer said in 2014: “It was a moment of madness. Everybody regretted it afterwards.

“But we are winners. When you play football, you have to be that way. You have to want to win. Sometimes it goes too far – that's what happened that day. Souness said: “I’ve been assured by Kieron that he didn't throw any punches and that he was on the receiving end.

“That's the route we will be going down. Lee's actions are indefensible. He's guilty – as the pictures show – of throwing more than one punch and will have to accept any punishment coming his way.

“We feel Kieron has an argument. It's a first for me. I have never witnessed that before. Harsh words between players occur in every game, but it's very unusual for it to lead to what happened today.” “Once again the good name of Newcastle United is being dragged through the dirt,” Shearer said.

“What happened was a disgrace, there is no defence and I made my feelings known in the dressing room.

“I'm very angry still and very frustrated by it all, especially when things had been going so well and the spirit within the camp has been so good over the last few months.

“It is not the first time Newcastle have hit the headlines for all the wrong reasons this season. Our dirty linen has been hung out for the country to witness yet again.”

In terms of their relationship going forward, Dyer told Sky Sports last year: "When you talk about Premier League moments, that is one of the things that sticks out.

“More people ask about that than the performances on the pitch but Lee was a fiery character, he was a great friend and someone I still speak to – I hope he does well at Charlton.”

While Dyer is now in the dugout at Ipswich working alongside new boss Paul Cook, Bowyer left Charlton in early 2021 to take up the top job at Birmingham in the Championship. 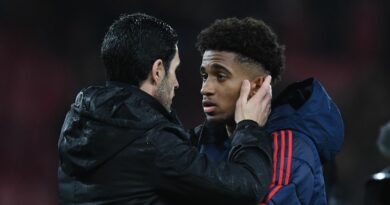