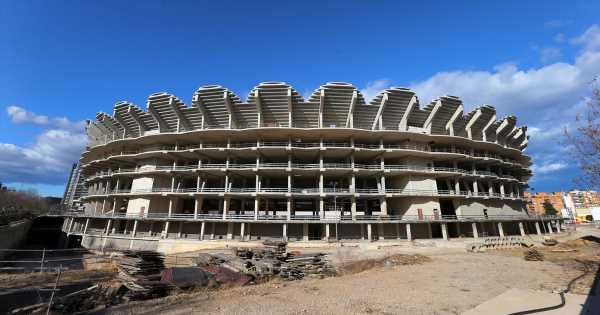 By the time the Nou Mestalla is projected to open in 2022, it would have brought a sorry end to 14 years of tragedies, delays and financial desperation. So the question has to be asked: was it all worth it?

Valencia first announced their plans in 2005 to move from the iconic Estadio Mestalla, to build a new home on the site of a former factory in the neighbourhood of Benicalap. Times were very different back then, with LaLiga clubs only taking a small share of revenue from TV deals arranged.

For instance, Valencia were regularly participating in the Champions League, which was a huge source of income for Spanish clubs not named Real Madrid or Barcelona. As a contrast, the Spanish giants could rely on their sell-out crowds, TV revenue and prize money every season.

Valencia were the best of the rest and had a squad capable of luring people to watch them play with stars ranging from David Silva to David Villa. Stalwarts such as Ruben Baraja and David Albelda were the glue holding Los Che together in midfield.

But as ever with clubs of Valencia’s kind, ambitious plans like building a new stadium require significant financial backing. Making £250million appear out of thin air is no easy task, as the club’s senior figures soon realised.

At the time, the club were run by former president Juan Bautista Soler. The Spanish businessman was experienced in running development projects in real estate, so this was his bread and butter.

But the plans appeared too ambitious. Assembling a stadium with a capacity of 80,000 felt like an enormous task for a club of Valencia’s size — even with their fanbase, filling the stadium on a weekly basis was ambitious.

The basic concrete structure of the stadium was built between August 2007 and February 2009, but work was then halted for financial reasons. Soler had resigned as Valencia chief in March 2008, throwing a spanner into the works and casting doubt over the future of the Nou Mestalla project.

Just two months later, on May 26, 2008, some scaffolding collapsed on the building site while works were being carried out. Four construction workers lost their lives.

There were reports suggesting the club’s debts were as large as €400m (£339m), with players going unpaid as the club struggled to stay afloat. The club managed to secure a loan until the end of the season to secure its future, but finishing outside of the Champions League places would have dire consequences for the club.

Silva, Villa and Juan Mata were sold off to Manchester City, Barcelona and Chelsea respectively, raising £86m for the club to ease their financial woes. At this point, building a new stadium should have been low on their list of priorities.

But in December 2011, it was announced that the club had secured a deal with Bankia to complete the works on the stadium, choosing to transfer the ‘old’ Mestalla — still used by the club — into the hands of the bank.

That deal, to no one’s surprise, would fall apart shortly after.

The design was revised in 2013 with a reduced capacity, going from 80,000 to a more realistic 61,500. The architects of the redesign, Fenwick Iribarren, would also introduce an underground car park into the plans and reduced the size of the roof.

But with no date put on when construction would resume, it was a case of playing the waiting game. Accordingly, the ownership of the club would change hands again when Singaporean billionaire Peter Lim took control, purchasing over 70 per cent of the shares from Bankia.

Lim had ambitious plans for the club to bring it back to where it once was as a Champions League finalist in 2000 and LaLiga winner in 2000-01. His links to Jorge Mendes meant a flurry of players from Portugal and a new manager, Nuno Espirito Santo, were installed.

The current Mestalla underwent renovations including new seats being installed and the stadium being almost entirely painted a luminous orange to mark its historic roots. It had the look of a proper footballing institution, which led many to question why the club would want to get rid of it.

Mendes’ influence grew within the club and Valencia as a club became almost unrecognisable to the fans, who became uneasy with the super agent’s power in working closely with Lim. Players such as Nicolas Otamendi, Andre Gomes and Paco Alcacer were all sold for big fees, just when the club had hauled itself back into the Champions League.

A number of disastrous coaching appointments followed over the next few years, from Gary Neville to Cesare Prandelli, as the club languished dangerously above the relegation zone in 2016-17. It was only the decision to install Voro as a caretaker manager which hauled the club out of trouble to finish mid-table.

Away from the pitch and into the boardroom, the club were in disarray. Arguments would ensue over the restructuring of the club, while Mendes’ relationship with Lim made being a sporting director an unenviable position within the club.

Their lack of success did not stop plans for the stadium to come back to life again. In October 2017, Valencia announced they were in talks with the city’s council to renew the project and complete the building process of Nou Mestalla.

Once again, the capacity was reduced to around 54,000, making it the 7th-biggest area in Spain. When the plans were originally devised, it would have been third only behind the world famous Camp Nou and Santiago Bernabeu.

Valencia are hoping to open the stadium in 2022 after reviving the deal with new architects, Reid Fenwick Asociados and ArupSport. The design features a modern exterior, clad in aluminium and an interior of wood, and is expected to cost in the region of €250m-€300m (£212m-£254m) .

But there are more obstacles ahead. Not including the fact the stadium is already behind schedule due to the coronavirus pandemic, the club have been fined €2.3m (£2m) for failing to build a new hotel when the new Mestalla was constructed. Meanwhile, it was reported in June by Marca that the local government are reluctant to extend the planning permission to complete the works.

At some point, Valencia fans will be hoping to see their team soar back to the heights of the early 2000s in their state-of-the-art new home. Moving to the Nou Mestalla almost cost them their club after being left on the brink of financial ruin — it better be worth it. 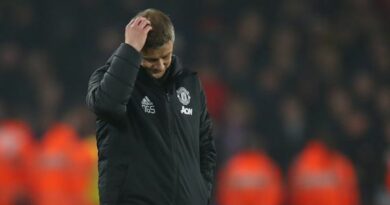